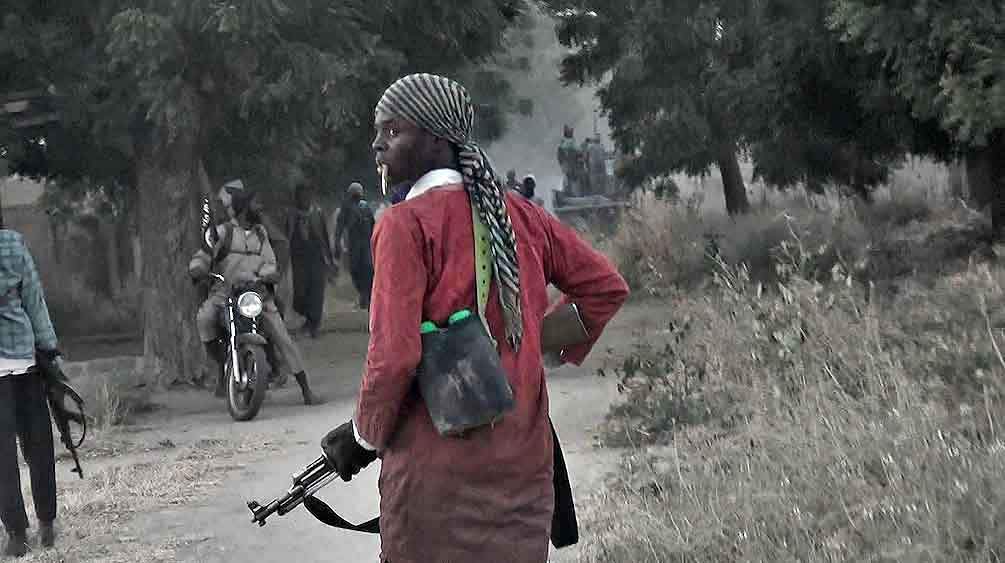 With the general elections a few weeks away and with incidences of kidnappings, mindless killings and other forms of insecurity at fever pitch nationally, stakeholders have challenged the leading Presidential candidates on how they could tackle insecurity decisively if they get to power.

They stressed that anyone who emerges the next president must have a clear agenda on how to tackle the multi-dimensional and pervasive insecurity across the nation, if Nigeria must grow economically.

The stance, for most of the commentators, was against the backdrop of the fact that the current government seems to have run out of ideas on how to put an end to insecurity.

In recent times, aside from kidnappings, cattle rustling, farmers/herders clashes, attacks and reprisal attacks on neighbouring communities by marauders have been pervasive. This is in spite of the gamut of intelligence and security agencies equipped to intercept information or gather intelligence with a view to using such to thwart attacks by bandits/terrorists/enemies.

Unfortunately, ‘unknown gunmen’ and ‘bandits’ have repeatedly launched attacks on public facilities and innocent lives, leaving in their trail deaths and destruction.

Many families would not forget in a hurry the turbulence they went through last year. There was palpable fear everywhere, including Abuja, the seat of power, such that life became unsafe, short and brutish.

Today, Nigerians are apprehensive. Commuting on roads and the railways has become dangerous, as these have been turned to kidnappers and robbers’ hunting fields. Farmers have abandoned their farms for fear of bandits, who maim or abduct them for ransom.

The security agencies are often overwhelmed and over-stretched. In some cases, law enforcement agents die during the attacks.

According to former Director, Departmet of State Security (DSS), Dennis Amachree, “When you take a holistic view of the threats to our national security, they can all be condensed to issues of ethnicity, religious ideology and criminality. To take care of these, the security agencies must be empowered and given a level of independence to bring the country back together.

Amachree noted that whoever wins the next presidential election should realise that they can’t have a secured and relatively peaceful country without independent and balkanized police and security agencies. He said that the law enforcement agencies must be allowed to enforce the law, and equal justice under the rule of law.

“Security agencies should follow a reviewed National Security Strategy to uphold Nigeria’s national security interests. Keeping security out of politics is key and a new government should think seriously of security sector reforms for a new Nigeria,” Amachree added.

A former military officer and chief executive of King David Security, David Akhimien noted that the new government needs to adopt security measures other than those of this government, which have not proven to be effective enough; a new concept, a departure from the norm.”

A senior spy police officer, Emmanuel Edom, while weighing in, said that if the country ends up in 2023 to have a serious-minded person as President, the first step in tackling the hydra headed security challenges should be a gradual devolution of power at the centre, through true federalism where everyone and segments of the so-called federation are carried along and given a sense of belonging.

He also canvassed increased funding of the police. “Decentralise the Nigeria police by having state, even local government police system. Totally restructure the Armed forces (especially the military), and retire or sack redundant senior officers to enable Nigeria have a fighting forces and to wade off terrorists elements and terror groups sympathizers, who have infiltrated the Military (especially the army),” he said.

Edom stressed that Nigeria must create strong institutions and not strong people, as it obtains in the United States of America (USA). He said the new government must deliberately create employment and business friendly environment, so as to move citizens out of poverty, which drastically reduces terrorists’ cells recruitments of aggrieved poor and vulnerable citizens.

Dissecting the issues involved in the brazen attacks and kidnaps by bandits, and suggesting practical solutions for the security, Tanwa Ashiru, chief executive of Bulwark Intelligence told The Guardian that the lack of action by the consumers of the intelligence products is a major challenge that must be tackled.

“This is a well-known phenomenon and could, often than not, be one explanation for why nothing is almost always done to prevent these attacks. The intelligence are often disseminated to the necessary government stakeholders but adequate action are, often times, not taken.

“I know we keep bringing up this issue of poor collaboration among security agencies, but the country has finally reached a level where this lack of adequate collaboration is directly affecting the safety and security of the lives of the citizens. The adversary has evolved to a level where the response from the government security forces requires intentional coordination. Much of the internal security effort is being lopsidedly placed primarily on the military. But involving the military increases collateral damage and often exacerbates the problem. A number of criminals often trace their initial reason for joining these criminal groups to violence from the military or other law enforcement, which personally affected their lives.

“The Police needs to step up their role in internal security. They are supposed to have good relations with the local communities and gain their trust, working with them to root out criminals in their midst. But this too is lacking. Border security has a huge role to play as well in preventing the transnational flow of fighters and weapons that has brought us to this point. The defense, intelligence and various law enforcement agencies are going to have to put their differences aside and better collaborate for Nigeria to see results,” she added

President of Human Rights Writers Association (HURIWA), Comrade Emmanuel Onwubiko opined that, “What the government needs to do is to carry out appointment processes that comply with extant global best practices, embody the pristine principles of merit, competence and federal character in terms of spread so those who head the different national security institutions are not persons from same affiliations in terms of ethnicity and religion but the most critical factor is to absolutely avoid nepotistic yardsticks in appointment of heads of security agencies.”

Christopher Oji, another security expert, observed that for the level of insecurity confronting Nigeria to have gone on for this long, the government must be directly or indirectly involved.

He recalled: “Former Military Head of State, General Sani Abacha said that when insecurity lasts for more than one week, you should know that the government has a hand in it. With this position, I stand to be corrected that the present government has hands in the security situation in Nigeria. The new administration should not pay lips service or play politics with the security situation. Let the new administration tackle security with all the resources available at its disposal.

“The government should work closely with traditional, youth and religious leaders. They are the grassroots who should be able to know those who come into their communities. Landlords must not give out houses and land to strangers without proper profiling or the traditional and youth leaders should report them to the police.

“There should be serious aerial patrol by our Immigration service in collaboration with the Nigerian Airforce. Our boarders should be manned seriously. Again, the new administration should do something drastic about joblessness. As the saying goes, idle mind is the devil’s workshop. Once the youths are working, they won’t be willing tools for criminal elements. The foreign herdsmen should be chased out and prevented from coming into the country. Finally, owners of bushes should be held responsible for any atrocities being committed in their bushes.”

On how to combat kidnappings, Ashiru reckoned that there was once a move by government to outlaw ransom payments. But much more than that, she opined that government must have ready alternatives for the people.

“There must be hotlines that family members can call if their loved ones get kidnapped. They must receive negotiation support from the government. The security forces must be trained and ready to conduct surprise attacks and rescue operations against the kidnappers, without jeopardizing the lives of the victims.

“So the government must figure out how to gain the trust of the Nigerian people so that they can support them in the fight against the insurgency and other attacks.

“Another crucial area is the lack of security and law enforcement presence across many parts of Nigeria. There are many communities today that when attacked, no one responds or interdicts the criminals. This is one key aspect that needs to be resolved, along with better intelligence gathering and security forces collaboration.”