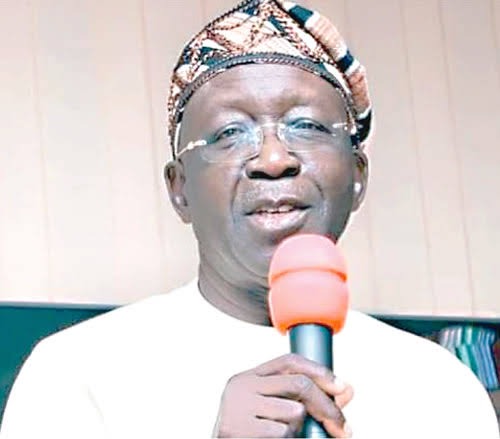 Ahead of the February election, a former PDP Senator, Segun Baju has responded to the demands by the aggrieved members of the People’s Democratic Party known as the G-5 asking for the resignation of the National Chairman of the PDP.

In a statement released to journalists, the former Senator disclosed that Ayu will play a very key role in ensuring that Atiku wins and that any call for the national chairman to resign was a step in the wrong direction.

He further stressed that since the appointment of Iyorchia Ayu as the party chairman, he has worked hard to ensure victory for Atiku. He said Nigerians are already tired and willing to vote to vote out the ruling APC.

Check out an excerpt of his statement 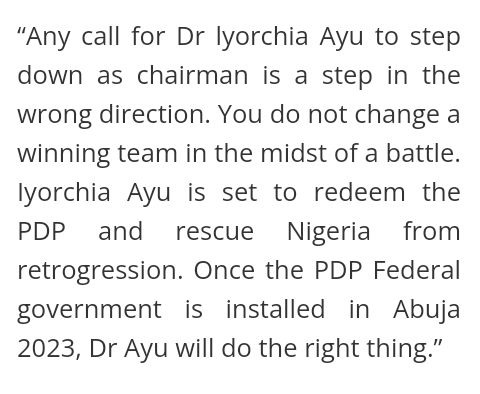 The opposition People’s Democratic Party, PDP has been having crisis after some aggrieved governors asked that the current chairman of the party, Iyorcha Ayu resigns and paves way for a Southerner to emerge as president since the presidential candidate is already from the North. 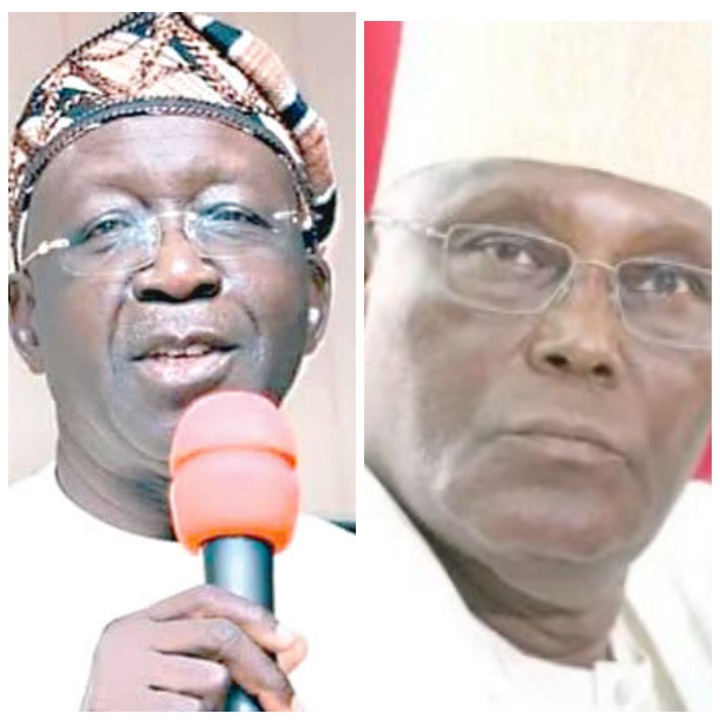 This request hasn’t been granted as the Ayu remains the chairman while the PDP candidate, Atiku Abubakar has carried on with his campaign rally across different states of the federation.

Content created and supplied by: Vokally (via Opera
News )