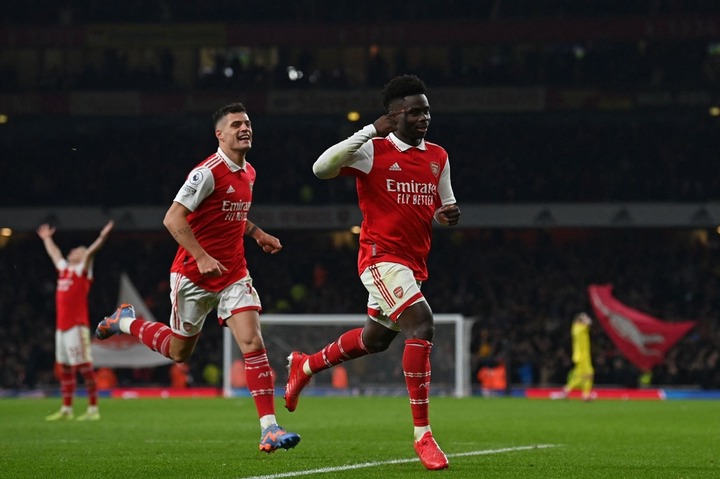 Both teams looked strong in the match and they both had a high chance of winning the game at the Emirates. Erik Ten Hag’s men got off the hook after a brilliant goal from Marcus Rashford in the 17th minute to give them a decisive lead.

However, the Gunners got the equalizer in the 24th minister through Edward Nketiah’s header which brought the Gunners back into the match. The two giant teams continued to attack and create chances until the end of the first half. 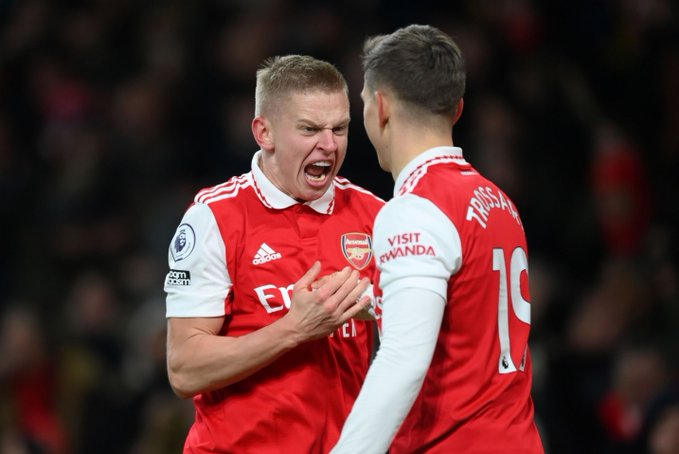 The second half was more thrilling to watch after three goals were scored in the last 45 minutes of the match. Bukayo Saka gave Arisen a decisive lead in the 53rd minute but Argentine defender Lisandro Martinez brought Manchester United back on level terms after his header went back into the net…

Arsenal restored the lead in the dying minutes of the match through Edward Nketiah who completed his brace and ensured the team won the game to go five points clear at the top. Bukayo Saka was exceptional in today’s match and he proved why he has been the most important player for Mikel Arteta. 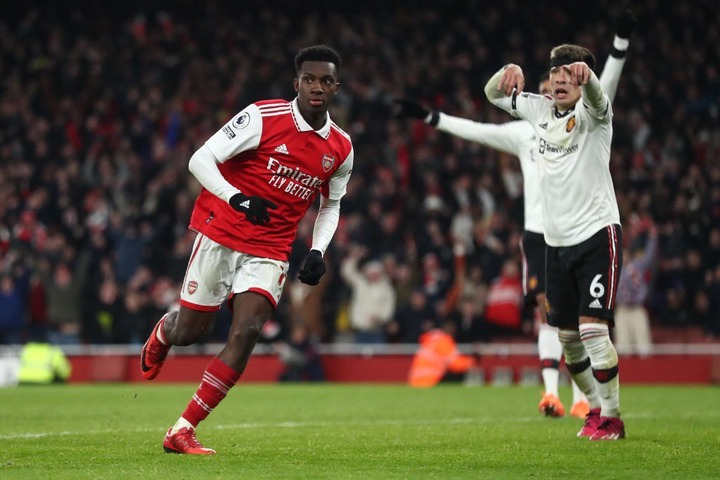 He played a big part in the team’s win but there was one player who proved he can form a brilliant attacking duo with the Englishman. 24-year-old English international Edward Nketiah was amazing in the match and he proved why he has been one of the best forwards in the league.

He was amazing playing alongside Bukayo Saka and the two might end up forming one of the best attacking duos in the Premier League.