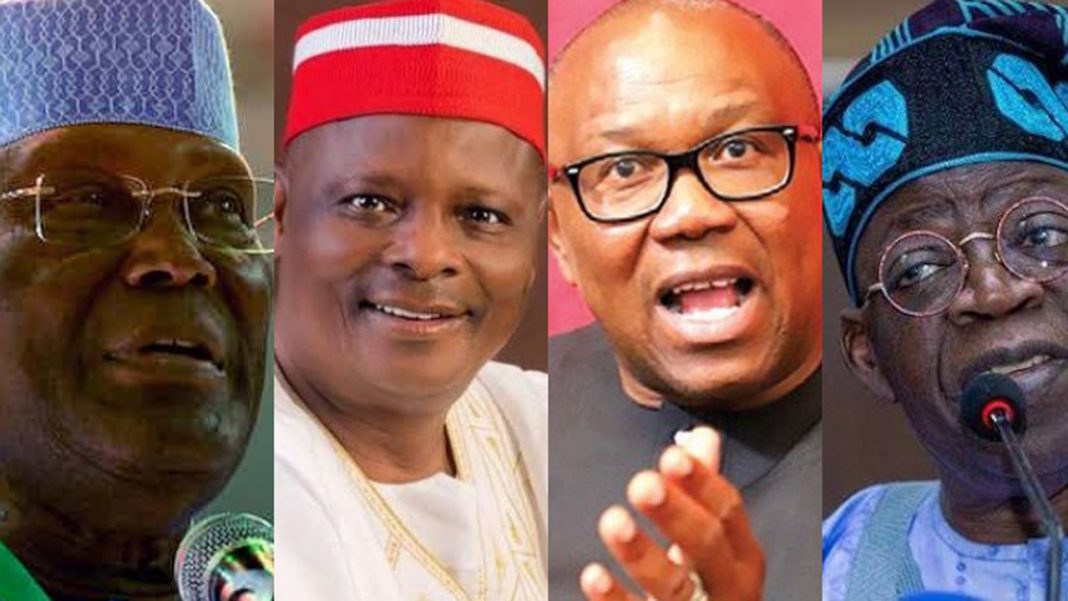 Four eminent Nigerians, will on Thursday, January 26, at the 20th Daily Trust Dialogue in Abuja, evaluate the areas that the top contenders for the presidency in the 2023 general elections have so far listed as their priorities and propose what they feel the next President should focus on to positively transform the country.
The quartet to do the job at the event with the theme, “Interrogating the 2023 Presidential Agenda” are: veteran university professor and member of the board of Centre for Democracy and Development, Mr. Jibrin Ibrahim; foremost entrepreneur and former Chairman of the Board of Directors of First Bank of Nigeria (FBN), Mrs. Ibukunoluwa Awosika; human capacity development specialist and scion of the Enahoro family, Dr. Eugene Enahoro and a lecturer in Analysis of Business Problems at the Lagos Business School, Dr. Yetunde Anibaba.

The Archbishop Emeritus of the Catholic Church in Abuja, John Cardinal Onaiyekan would preside over the dialogue, which is to be moderated by the Deputy Editor-in-Chief and Chairman of the Editorial Board of the newspaper, Dr. Suleiman Suleiman.

Experienced journalist, now Sarkin Karshi, Abuja, Alhaji Ismaila Mohammed, will be royal father of the day at the occasion holding from 10:00a.m. at NAF Conference Centre and Suites within the Federal Capital Territory (FCT).

Other dignitaries are to include serving and past state governors, serving and former lawmakers, chairmen, women and youth leaders of the major political parties in the country, members of civil society organisations, development partners and diplomats.

Gwarzo observed: “Unlike in the past two years, this year’s Dialogue will have physical convergence, now that restrictions imposed during the COVID-19 pandemic have been lifted.”

The statement also disclosed that this year’s event would be broadcast live on Trust Television, YouTube and other social media platforms.

Birthed in 2022, the yearly Daily Trust Dialogue is part of the organisation’s contributions to stimulating discussions by Nigerians and fellow Africans towards enhancing national, and indeed, African integration and cohesion, which are crucial for sustainable socio-political growth and economic development of Nigeria and the African continent at large.

It has hosted the yearly public lecture series to discuss topical issues on various aspects of governance. The series of dialogues had been attended by past Heads of Government, leadership of the National Assembly, as well as captains of commerce and industry, aside members of the diplomatic corps.

The Dialogue had equally been graced at different times by eminent personalities from across Africa. They include former President of Botswana, Festus Mogae; erstwhile President of Ghana, the late Flight Lieutenant Jerry Rawlings; and ex-Prime Minister of Tanzania, Dr. Salim Ahmed Salim.