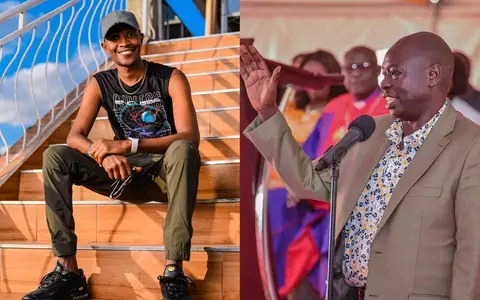 There was a light moment at the burial of Moses Kuria’s sister Nyokabi which is currently going on at Wamwangi secondary school as Deputy president Rigathi Gachagua commented on Samidoh’s relationship drama.

Gachagua jokingly told Samidoh who is among Kikuyu musicians who are in attendance that his songs are great but he should control his ‘people’.

Mourners broke into laughter as he continued with his speech. Gachagua’s advice to Samidoh came just weeks after Karen Nyamu and Samidoh’s wife Edday Nderitu openly fought for his attention at his concert in Dubai. The video of the fight went viral on social media platforms.

Nominated senator Karen Nyamu recently faced the UDA party disciplinary committee to discuss her conduct which was against the party’s constitution.

Content created and supplied by: MashinaniNews (via Opera
News )