Everton fired Frank Lampard after their defeat against West Ham 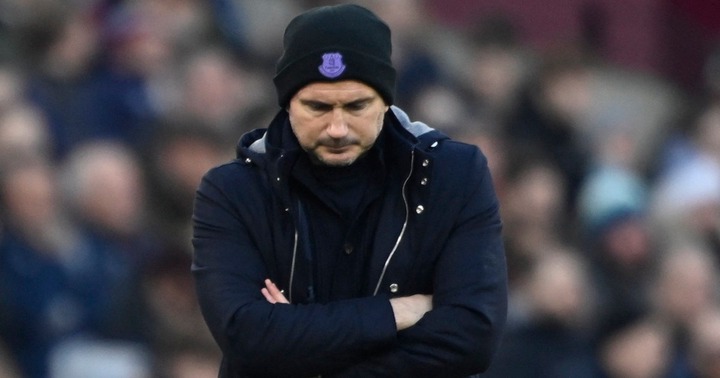 Frank Lampard has been fired as manager of Everton Football Club as a result of a string of unsuccessful games.

Jarrod Bowen scored twice as the Toffees lost 2-0 to West Ham United at the London Stadium. This was the Merseyside team’s ninth loss in nine games, adding to Lampard’s pressure. On the Premier League standings, the club is mired in the relegation zone in 19th place, only ahead of Southampton due to goal differential.

Furthermore, Toffees owner Farhad Moshiri, who attended the game and left without speaking to Lampard, did not express his support for the under-fire coach. Lampard had a cryptic response when asked about his future, saying, “I can’t discuss, it is not my decision.”

When asked about Lampard’s future, chairman Bill Kenwright responded, “I would never say that to you, ever. It has been a horrible run of results for us all and for Frank. We need to start succeeding, don’t we? a bad time

With 12 victories from his 44 appearances as manager, Lampard quits the position after just under a year in charge. The Toffees are now two points behind after the defeat to West Ham United.

Content created and supplied by: Maraj5756 (via Opera
News )