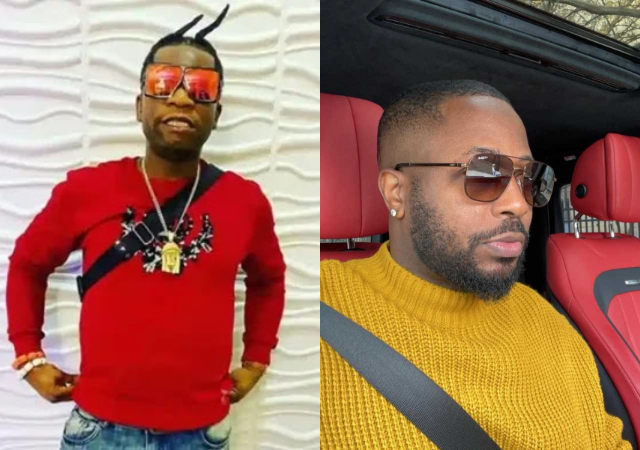 Darlington described Ednut as a failed musician based in Atlanta who now claims to be a vlogger, before proceeding to tag him as a scammer.

The rapper made reference to Ednut’s lavish birthday parties which have now become the norm for about three years in a row.

He questioned how the entertainer is able to afford lavish parties in different Nigerian states and countries all over the world, all with a meagre income earned from posting online.

Darlington submitted that he also shares videos on social media and has an idea of what Ednut could possibly be earning from blogging, and it’s not enough to throw such lavish birthday parties.

The rapper proceeded to call on the Federal Bureau of Investigation (FBI) to look into the blogger and his source of income.

Some reactions culled below:

opeyemifamakin said: “Lol, Nigerians. Just because they cant do it, they assume others cant. Tunde charges around 250k for an Ad and on a bad day he gets at least 2 ads. How much do you think he makes a month. Do the maths.”

kizzyservicehubltd said: “What a bleeding way to show envy and desperation.”

janesonny15 said: “I smell jealousy… Meaning wat speed Darlington… Hmmmm .. in everything u do… There must be a Judas, so it’s normal…. Let the devil use him but after using him he should not kill himself as Judas did but instead he Should repent.”

nvoguehair said: “How many people has speedy helped. Tunde has helped so many people , and it’s those people who celebrated him. Show people love and it will be reciprocated.”

swag_omoluabi said: “Tunde charge 300k per ads post. Calculate how much ads he they post daily and monthly.. millions of naira monthly, at the same time , baba still fii get another hustle tho, but the posting enough na big money.”