His Rallies In Jos, Mina, Lafia & Lokoja Put Together Isn’t Up To One This Crowd- Bwala Drags Obi 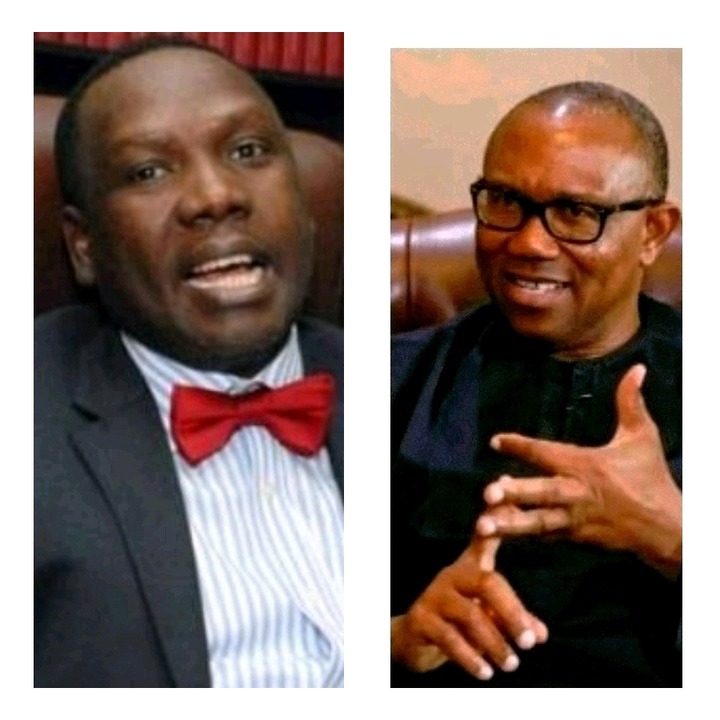 According to a tweet he made on his verified twitter handle, Mr Bwala noted that wishful thinkers are saying that Peter Obi would get North Central States in the forthcoming presidential election, noting that Peter Obi’s rallies in Jos, Mina, Lafia and Lokoja out together is not upto one tenth of the crowd Atiku Abubakar pulled in Mina, Niger State. Ending his tweet, he claimed that Obi gave out money for mobilisation.

Mr Daniel Bwala made this disclosure on his verified twitter handle, after sharing a video where thousands of PDP supporters welcomed Atiku Abubakar when he visited Mina, the Niger State capital, for his electioneering campaign. 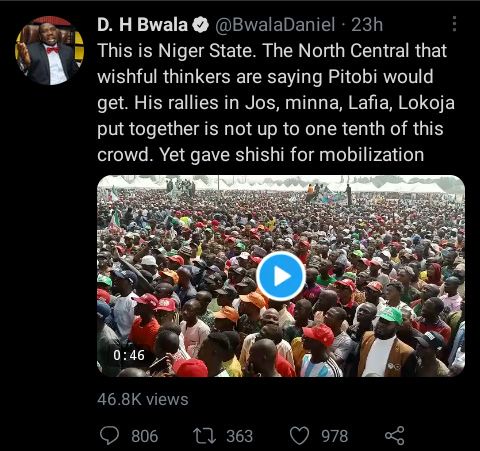 As we head towards the next month’s presidential election, politicians and their supporters must know and understand that elections are not conducted at rallies. Therefore, Nigerians must wait patiently till next month and allow Nigerians to decide who becomes the next president of the country.

What is your take on this particular issue? You can drop your comments and opinions below.

Content created and supplied by: Ebukajp150 (via Opera
News )