I Asked Tinubu, What Do You Have For Us In The North? He Looked Me In The Face And Said Nothing 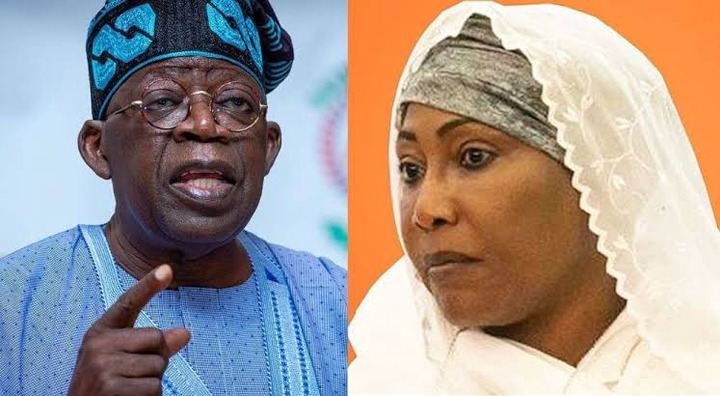 According to prior reports, a 67-year-old lawmaker from Kano quit the party and the APC Presidential Campaign Council, where she was the director of the Civil Society directorate. In a letter to APC National Chairman Abdullahi Adamu, Muhammad made her resignation official.

She claims that a number of recent changes in the political and democratic landscape of the nation are to blame for her choice to leave the APC and its presidential candidate, Bola Tinubu. Speaking about her motivations for leaving the ruling party, Najatu discussed the APC presidential candidate’s health issues, claiming that during her visits to him in London, he showed obvious signs of dementia.

In her words, “I sat with Asiwaju for two hours, but he mostly dozed off. I was really chatting to Bisi Akande.” Whether we like to admit it or not, he is not only physically unfit but also mentally ill. Not because I despise him, but rather because I know of a few people he helped, which is commendable. “But when you talk about leading a population of over 200 million people, you know that if you remove tribal sentiments, you know that he is incompetent; those who will dominate are those surrounding him. The situation is how it is. I’ll say it again: He’s mentally ill!

“I sat with him for two hours in London. He can’t even decipher, he has really terrible dementia, and I believe he has Alzheimer’s since he can’t even hold a cup of tea.” Despite the variety of issues the North is facing, Mohammad told The Whistler that she had not spoken to Tinubu since accepting the position as his PCC and that she had not seen him since.

Mohammad recalled their conversation in London, saying, “I asked Tinubu, “What do you have for us in the north? “Nothing,” he responded, looking me in the eye. I questioned, “Sir, you have nothing for the north? Everybody in the northeast is waiting to be killed or kidnapped? The question of security, out-of-school children, agriculture, and many other things like that.

Content created and supplied by: Sheriff_Words (via Opera
News )