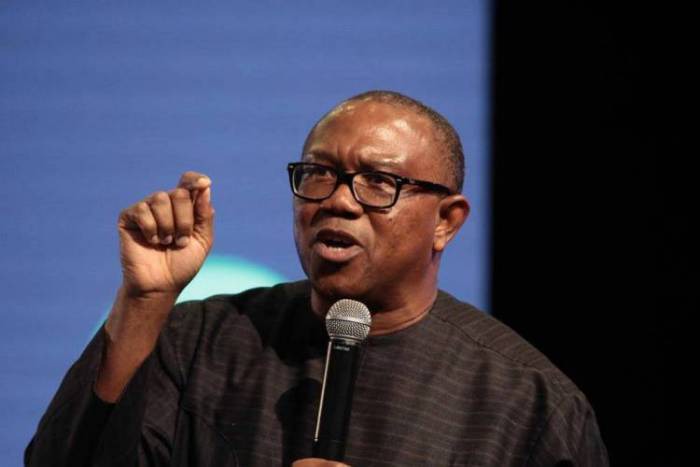 The presidential candidate of the Labour party, Mr Peter Obi held a Townhall meeting with students in Kano state ahead of his campaign rally.

In the course of interactive sessions with the students, the former Anambra state governor was asked questions on the allegation that he sent Northerners back to the north during his tenure as the state governor.

Reacting to the question, Mr Peter Obi denied the rumor. According to him, the rumors was peddled by the people whose sole motive is to divide and rule.

Obi said he closest security aide came from the north and there was no way he could have use him to send the northerners back or issue them ID cards.

Hear him “They said I sent Northerners back to the north and asked them to carry ID cards. It is surprising that when they were making the allegations, my ADC who was the closest security aid I had comes from the north. My ADC is still a police man serving today. He is from Kano. Can I use my ADC who is from Kano to send the northerners to Kano state? My commissioner of Police who is a Muslim from the north, can I use him to send his people back to Kano? We are being divided by those that put you in poverty. That is the rumor they have been carrying around against me “

Content created and supplied by: Enecheojo (via Opera
News )