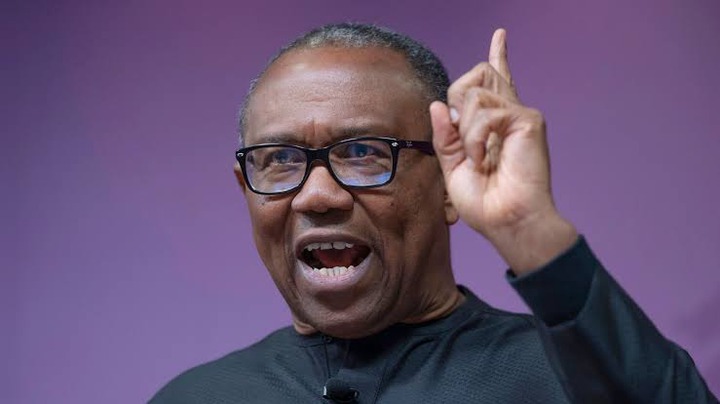 The presidential candidate of the Labour Party, Peter Obi has reacted over the large crowd of supporters that trooped out to receive him when he took his presidential campaign to Kano state on Sunday.

It would be recalled that the presidential campaign rally of the former Anambra state governor who has been described as a regional candidate by some of his adversaries, was attended by a large crowd of supporters. You can take a look at the image below for more clarification. 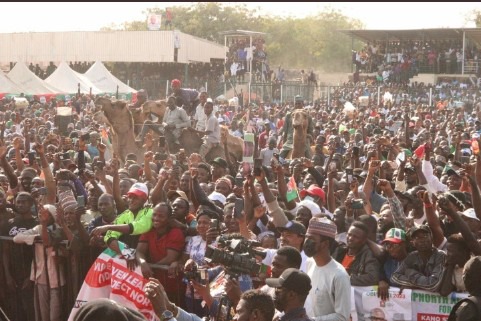 While reacting over the large crowd of supporters that attended the rally, Peter Obi described them as an energetic and lively crowd of ‘Obidients’ who made his campaign rally in Kano a successful one.

“Thank you Kano State for the warm reception, the energetic and lively crowd of Obidient supporters. You made today a great success. A New Nigeria is possible” he wrote. 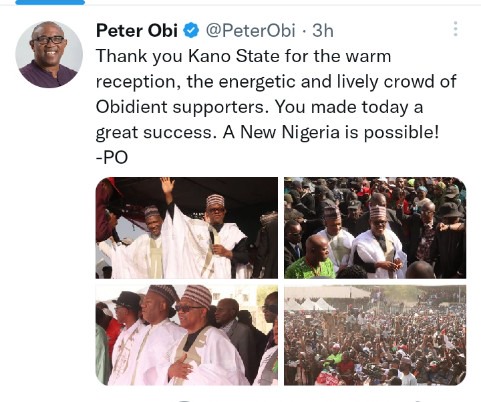