PSG 7-0 CASS: What Fans Are Saying About Mbappe After He Scored 5 Goals 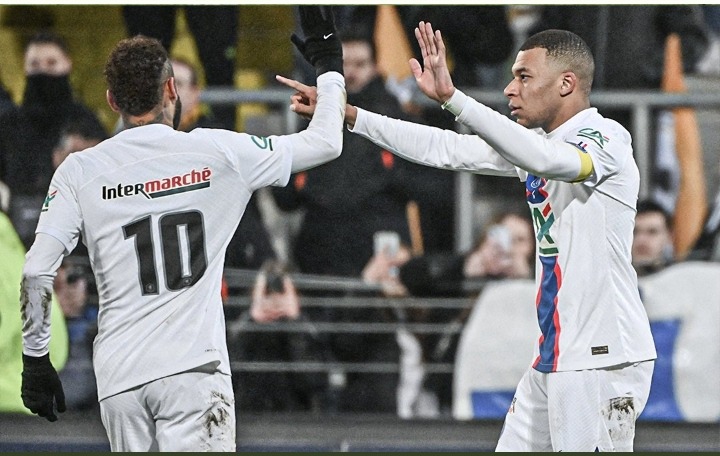 Paris Saint-Germain beat French 6th Tier Club side US Pays de Cassel by 7-0 in a very exciting game. Kylian Mbappe scored five goals during the game, while Soler and Neymar scored the other goals, and it was enough to progress to the next round of the Coupe de France.

However, fans have been talking about the disappointing defending by Cassel players’, while others noted the absence of Lionel Messi and other key players, but this article will focus on what some players are saying about Kylian Mbappe after he scored five goals. Take a look! 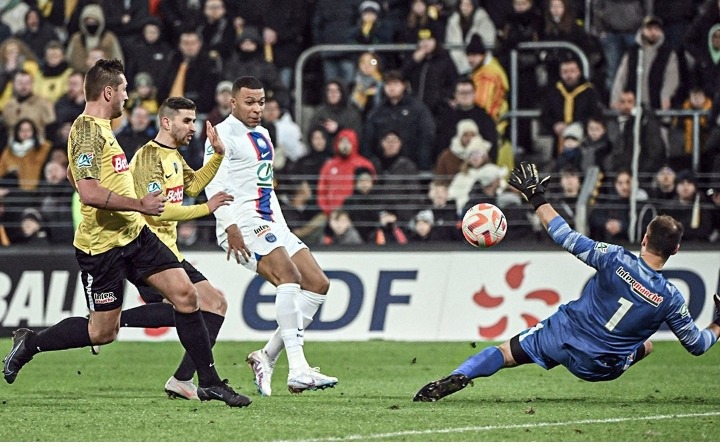 1. Many Fans Believe The Game Was An Opportunity For Mbappe To Stat Pad. 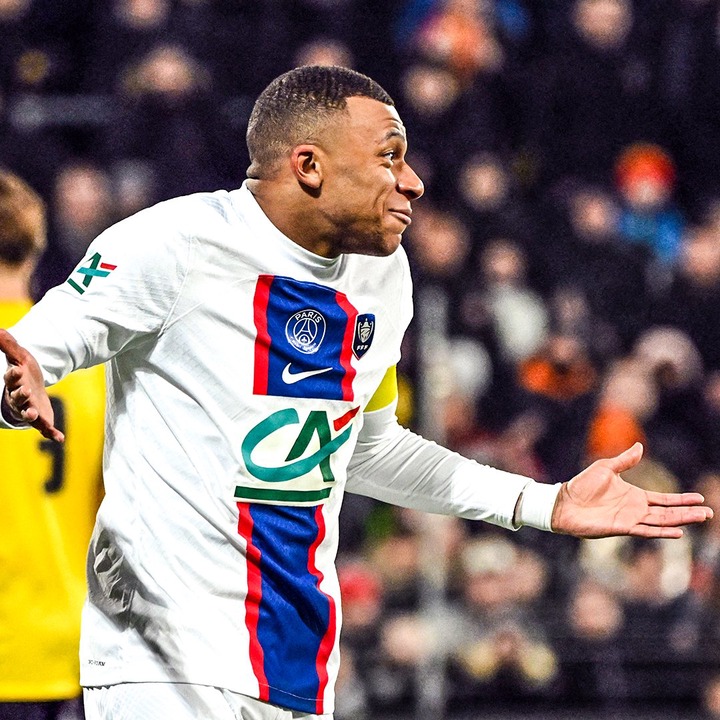 After the game, many fans were surprised by PSG’s coach Galtier’s decision to play a strong side against a 6th-tier team. Paris Saint-Germain was too strong for Cassel, and this was why Mbappe scored five goals as a result of several defensive errors. For this reason, fans said Kylian Mbappe simply stat padded against a very weak side. 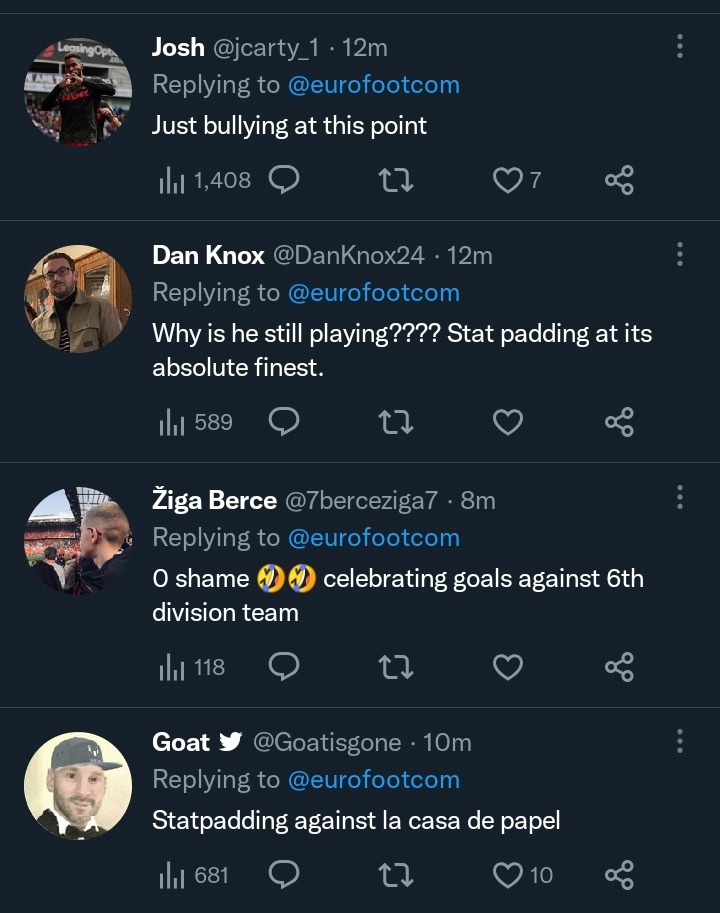 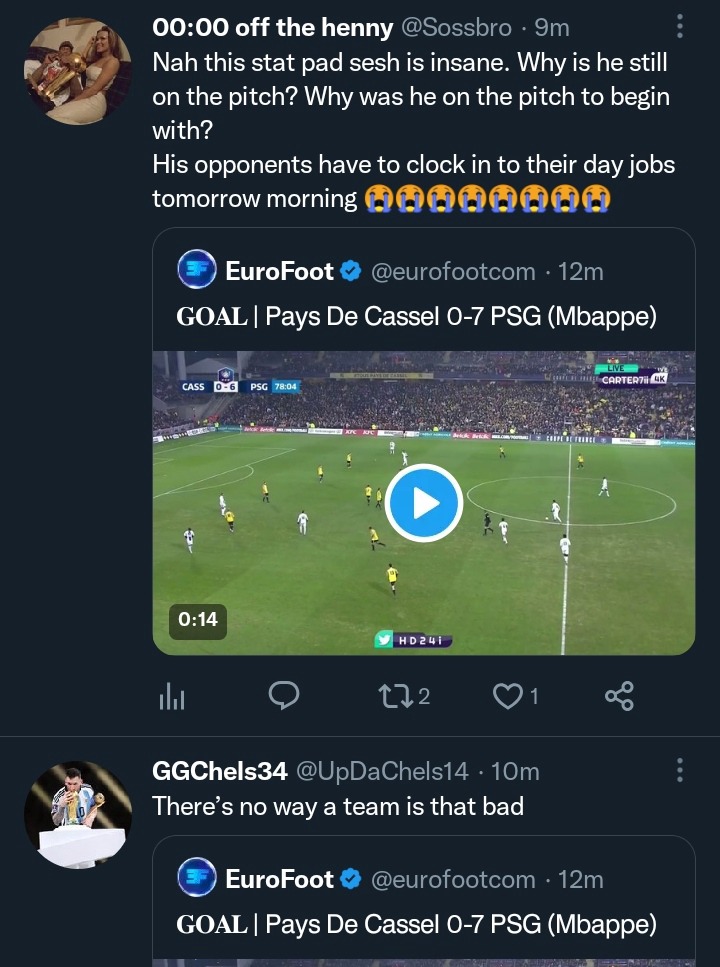 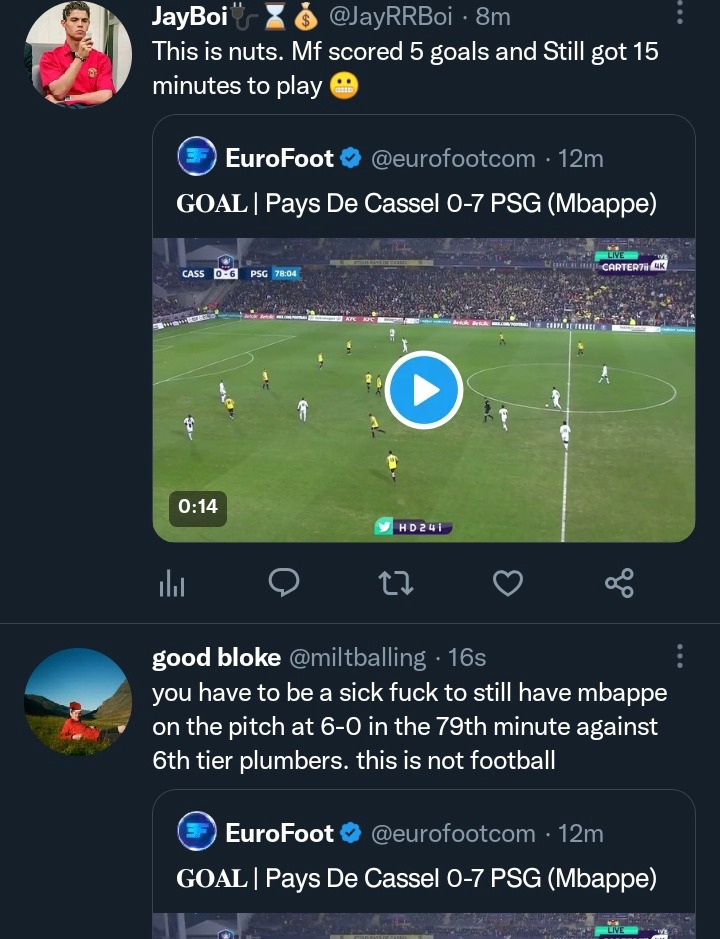 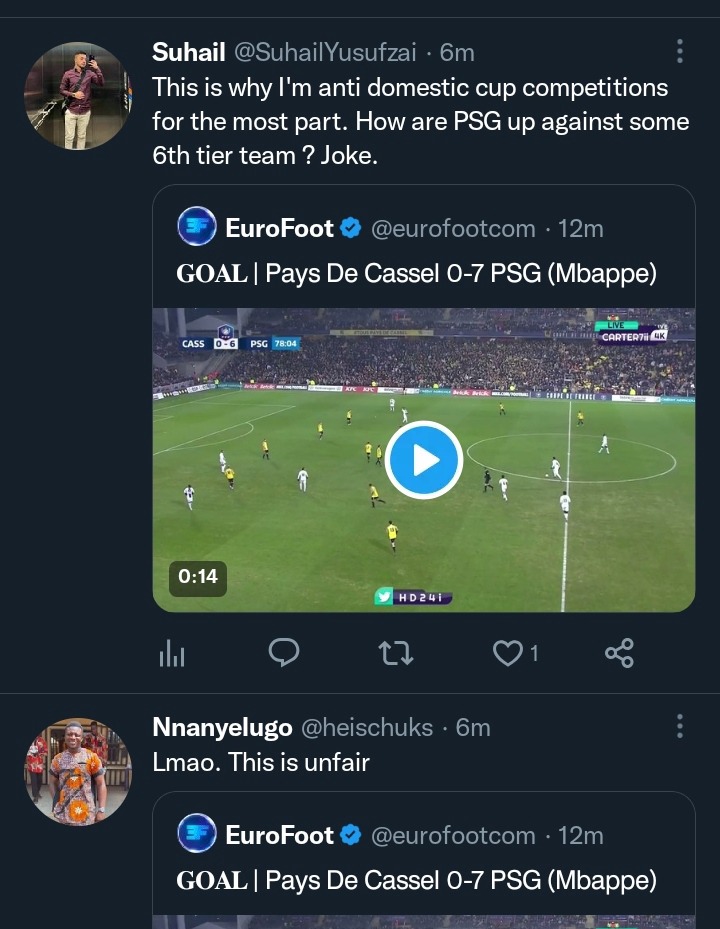 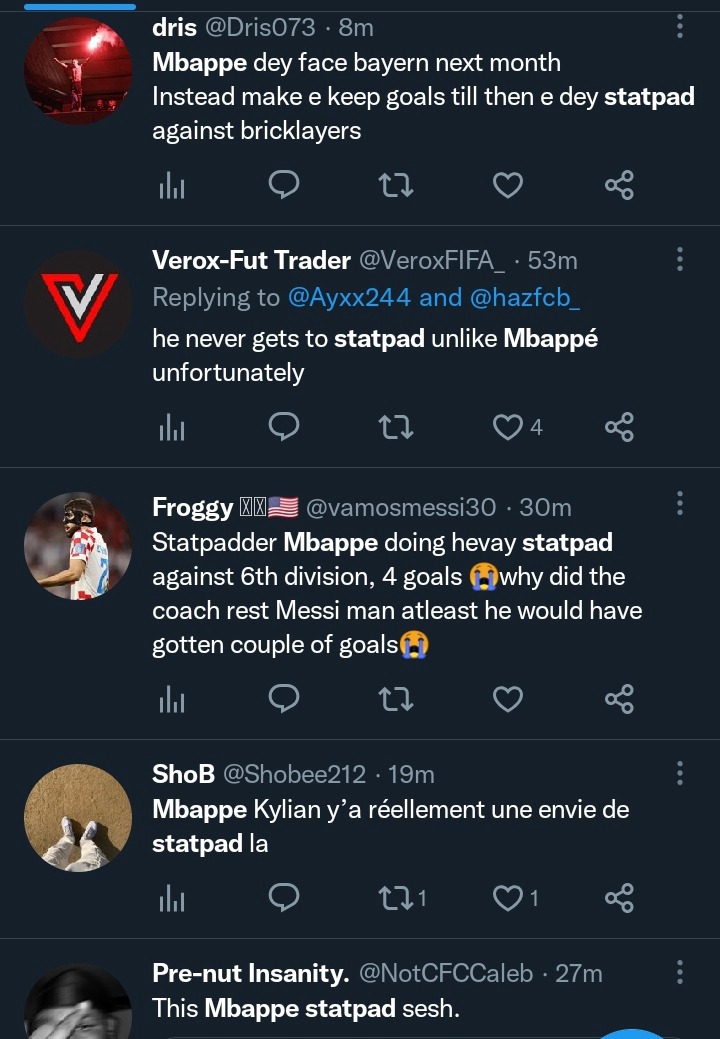 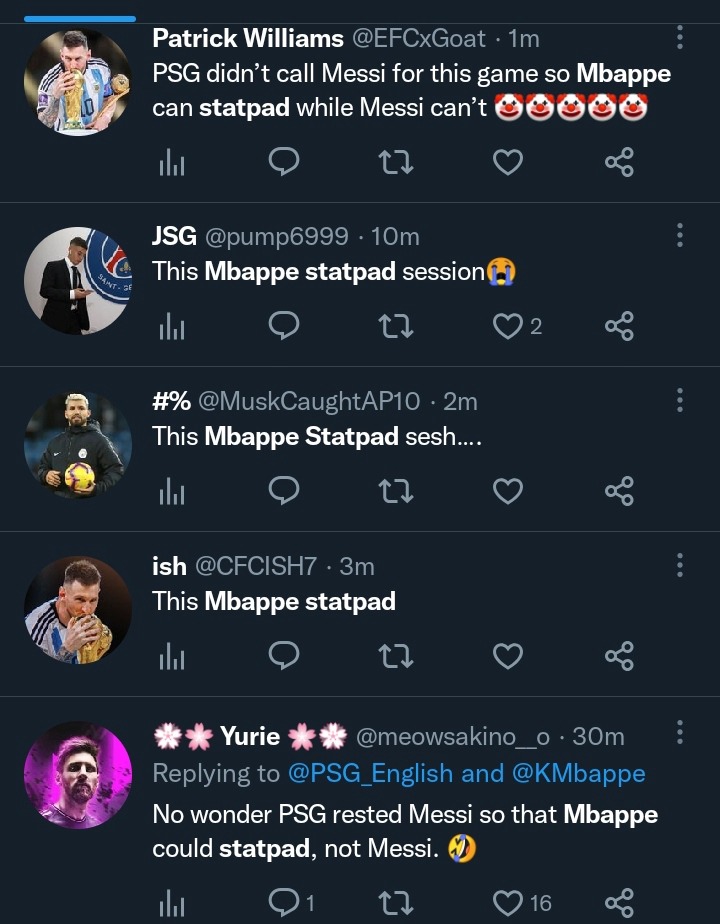 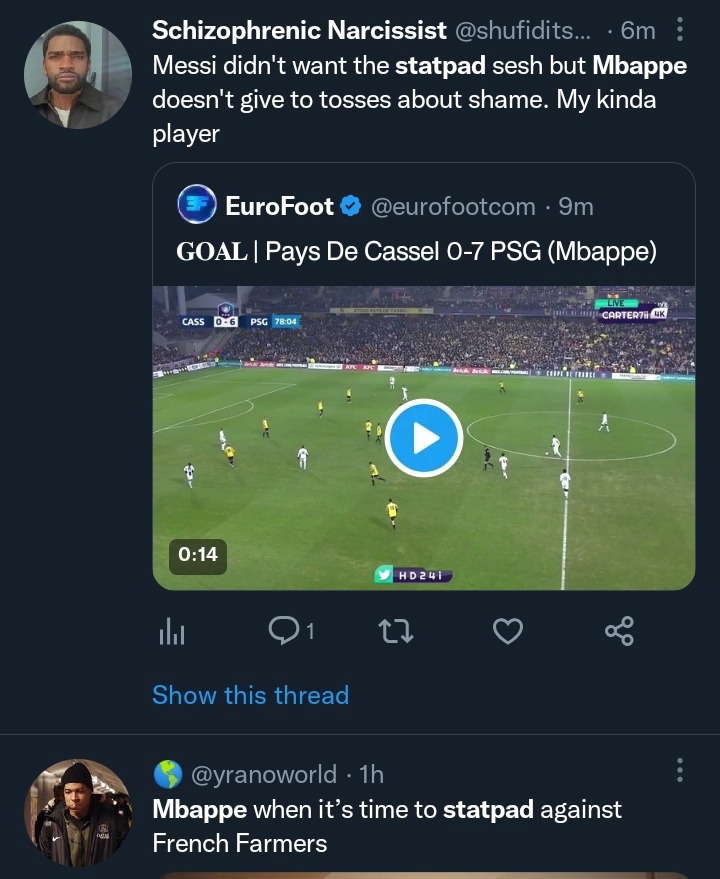 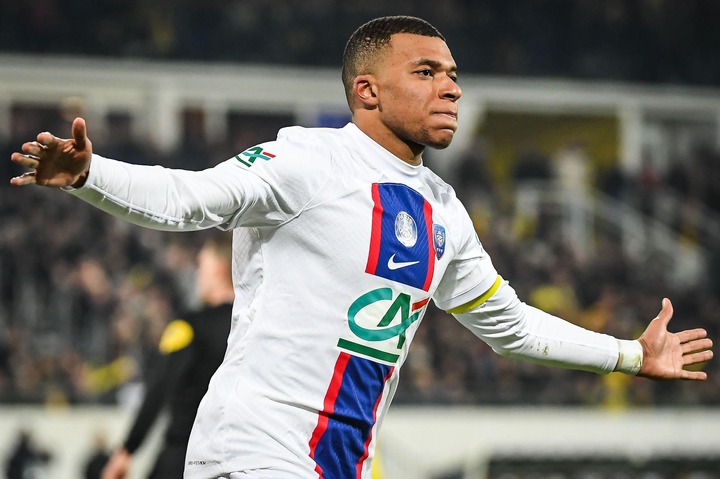 Content created and supplied by: KUNOYnews (via Opera
News )