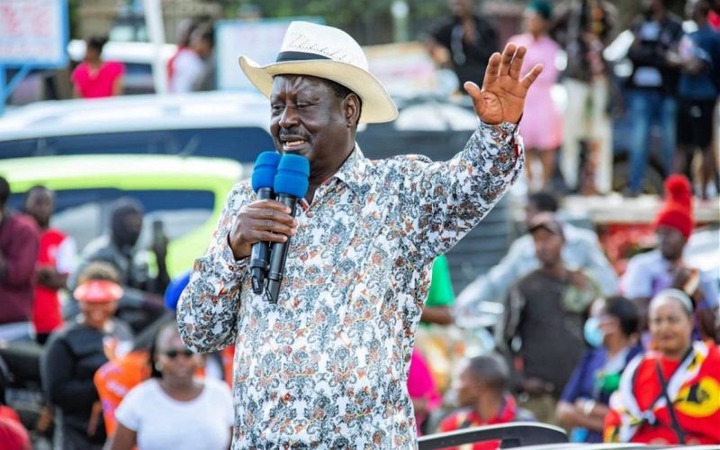 This comes at a time when Ruto is pushing for more tax, after admitting that his administration is struggling to operate due to shortage of funds.

Raila claims that the government has resorted to cleverly stealing from Kenyans, by among others, silently taxing more than should be the case.

He says that this is more rampant in the electricity sector, where he claims that Kenyans are unknowingly getting less than they should.

He has, as a result, advised them to be keenly checking their messages after buying tokens, revealing that they will notice just how less power they are getting, compared to before.

“From today, we call on every Kenyan buying electricity tokens to take a very close look at the statement and see how much of your money actually goes into tokens, how much goes to taxes and how long are we going to live like this,” he said on Monday. 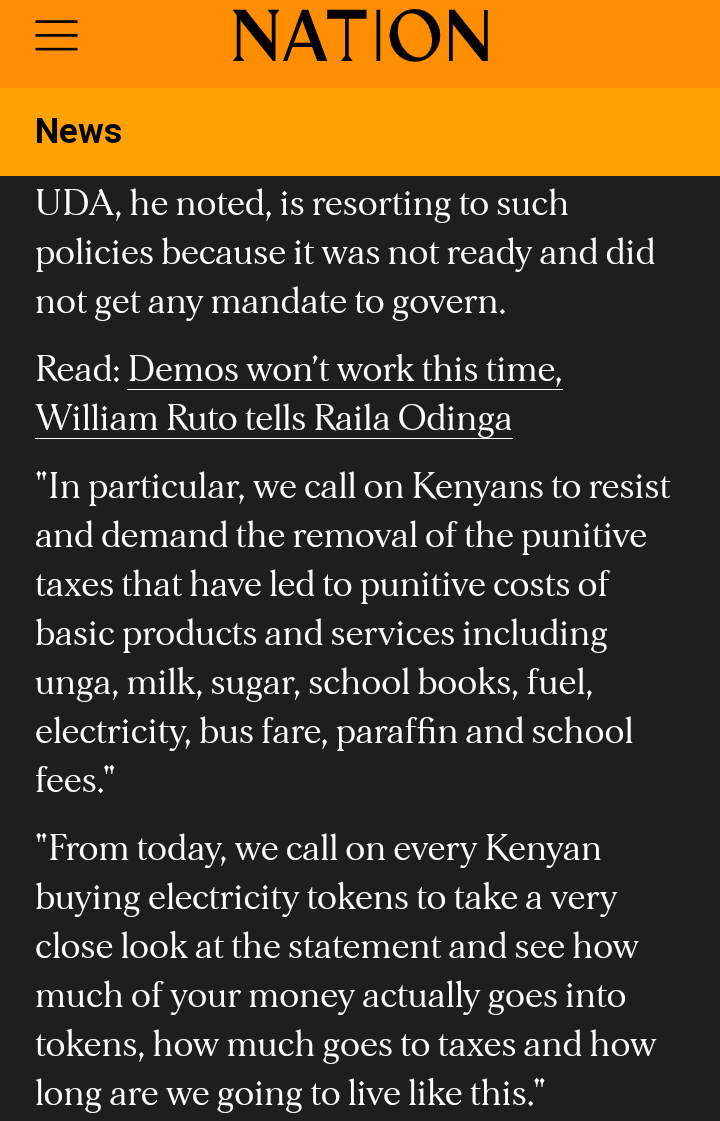 The former Prime Minister, who has rejected Ruto’s presidency, made the remarks while addressing his supporters at the Kamukunji Grounds in Nairobi.

He said that it is time Kenyans questioned the atrocities being imposed on them by the government, or risk suffering for many years to come.

He regretted that almost the price of everything has been hiked by Ruto and his officials, basic necessities like education and maize meal.

“In particular, we call on Kenyans to resist and demand the removal of the punitive taxes that have led to punitive costs of basic products and services unga, milk, sugar, school books, fuel, electricity, bus fare, paraffin and school fees,” he said.

Ruto has not been able to reduce the cost of living five months into his leadership, despite his campaign promise to do it within his first days in office.

Content created and supplied by: Curtis-Otieno (via Opera
News )