Reasons Why Arsenal Might Be Crowned Premier League Champions This Season 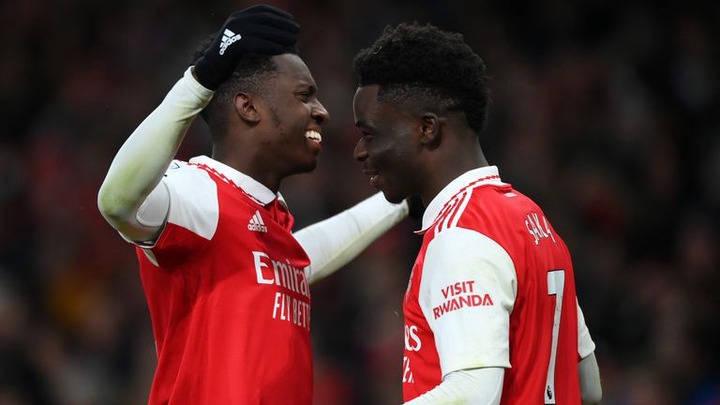 Mental Fortitude: The claim that Arsenal lacks mental fortitude has been one of their strongest detractors in recent years and their late collapse last season lost them a spot in the Champions League.

This season, they have demonstrated a stronger mental toughness as they have won reasonably easily at Stamford Bridge and the Tottenham Hotspur Stadium.

Additionally, they have scored late victories in two of those games to defeat West Ham, Fulham and Manchester United after falling behind.

Both Gabriel Jesus and Oleksandr Zinchenko; who have won Premier League championships with Manchester City are said to have had a significant influence on the locker room and are contributing to the change in mindset.

Able Defence: The porous defence that plagued Arsenal throughout Arsene Wenger’s final few seasons and Unai Emery’s reign has been fixed thanks to Mikel Arteta.

After allowing just 16 goals in their first 19 games, they currently have a balanced and organized defence and hold the second-best defensive record in the Premier League in 2022–23.

The Genius Of Saka And Odegaard: Martin Odegaard and Bukayo Saka; two of Arsenal’s finest players are exactly what any championship team needs to win.

Saka has improved significantly over the past several months; making 19 Premier League games while contributing seven goals and seven assists.

In addition to his highly-polished playing, Odegaard has emerged as Arsenal’s talisman this season while donning the captain’s armband.

It will be very challenging to prevent Arsenal from winning the championship if the pair maintain their form in the second half of the season.

Content created and supplied by: MsLK (via Opera
News )