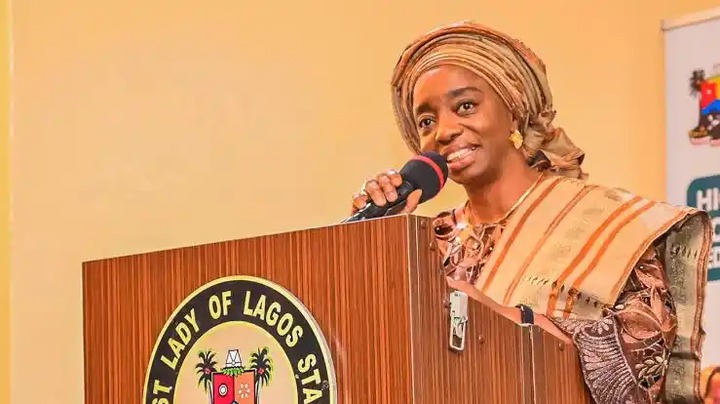 Dr. Ibijoke Sanwo-Olu, the governor of Lagos State’s wife, has urged locals to switch to cooking using cooking gas rather than wood or kerosene in order to improve the state’s air quality.

Sanwo-Olu made the announcement on Saturday at the Sanwo Switch to Gas project’s official opening, which was hosted on Lagos Island by the Lagos State Environmental Protection Agency.

“This project, which is a spinoff of the Eko Clean Air initiative, was launched in 2022 to encourage an attitudinal change and promote a paradigm shift from wood and kerosene stoves to cleaner and more sustainable energy for improved air quality in Lagos State, thereby making a quantifiable impact on climate change,” the speaker said.

The Sanwo Switch to Gas project’s specific goal is to ensure that emissions from various cooking operations and other solid and fossil fuel-dependent processes are minimized and eventually phased out.

Dr. Dolapo Fasawe, General Manager of LASEPA, stated in her speech, “We came up with this program because cooking with fossil fuels like firewood and kerosene is harmful for the environment; it causes global warming and is bad for our health because they induce respiratory illnesses.

“We also promote recycling of plastic bottles, therefore every Wednesday, along with other recyclers, we will be here to collect residents’ plastic waste.”

Content created and supplied by: Elzehara (via Opera
News )