“Stop dragging your ex, there are many men out there” – Bobrisky tackles Dorcas Fapson [Video] 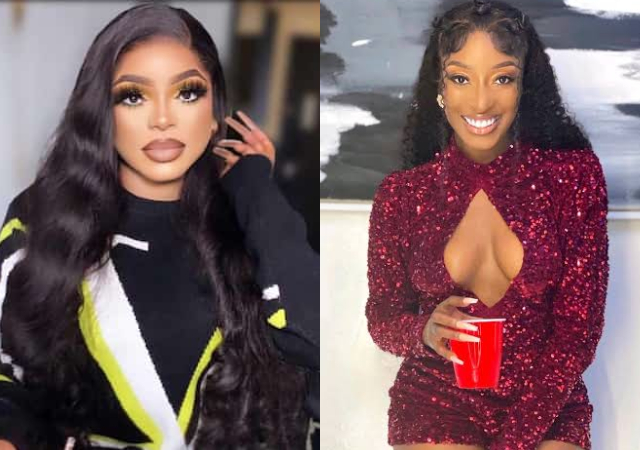 Controversial crossdresser, Bobrisky has clapped back at ladies who are in the habit of dragging their ex-boyfriend after their relationship turns sour.

This comes amid the online clash between popular disc jockey, Dorcas Fapson and her ex-boyfriend, Skiibii.

Dorcas Fapson had accused the singer of stealing her 10,000 dollars as well as various items when they went on a trip to Zanzibar.

Reacting to this, the self-styled Rich Mummy of Lagos called all the women to order.

According to Bobrisky, what happened has happened and they should move on after receiving heartbreak.

She added that men are a dime a dozen out there and women should do better to move on to others.

Bobrisky set to get surgery for bigger bum and silicon breast

Bobrisky Okuneye, announces his intentions to get liposuction surgery to make his bum and breast bigger.

The lifestyle influencer recently ridiculed a man for making a fuss about the multiple likes dropped on his Instagram photos.

In a post via his official Snapchat page, Bobrisky announced that his liposuction surgery date is closer hence his time off on social media.

He stated that he would be getting wider hips and bum while noting the inclusion of a silicon breast other than using a prosthesis.

“MORNING GUYS, SORRY I WASN’T ONLINE HERE YESTERDAY. MY SURGERY DATE IS GETTING CLOSER SO I AM PREPARING MYSELF. I AM GOING IN FOR ANOTHER LIPOSUCTION TO MAKE MY ASS AND HIPS WIDER AND ALSO PUT A NICER SILICONE IN MY BOOBS,” HE WROTE.