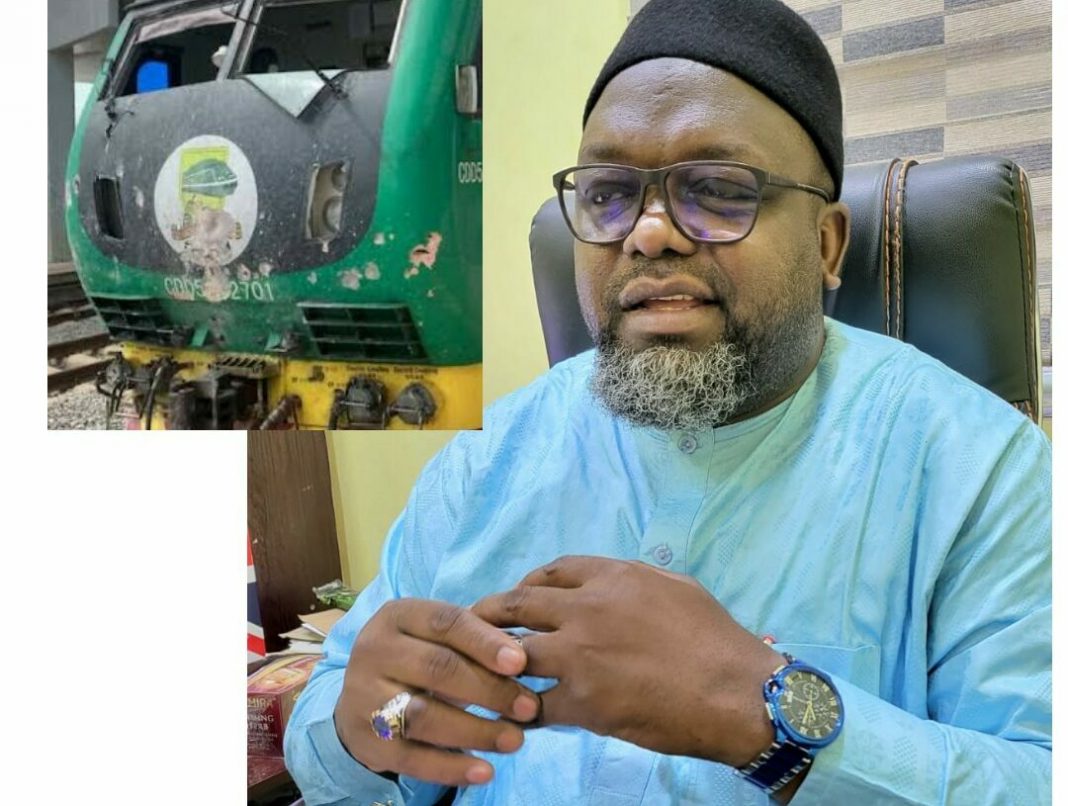 The Department of State Services (DSS) has been ordered to “immediately” charge Tukur Mamu to court if any offense related to his alleged involvement in ransom negotiation on behalf of terrorists is discovered.

This is according to Justice Edward Andow, who preside over Kaduna State High Court 12.

Recall that Mamu has been with the DSS since his arrest in Cairo, Egypt on September 6, 2022 on his way to Saudi Arabia for the lesser Hajj together with some of his family members.

The lead Counsel to Tukur Mamu, Muhammad Sani Katu (SAN) told journalists after the court session on Monday that he was satisfied with the court order, and expressed the belief that the DSS will obey the order.

According to him, ”the matter came up today (Monday), we served the DSS and the Attorney General, we started the processes. And the Judge gave the order, directing them to charge him to court immediately for any offence, if any, they may have discovered. That is our target. The word used by the Judge is immediately, immediately differs from soon.

“Don’t be surprised if by tomorrow or next or within the week he is being charged to court if there is any offence, but let me come in here by telling you that one must commend the DSS for the manner that they have been handling this matter. We have gone to see our client severally, he has some health challenges, but they have been taking care of that. They have taken him to hospital, they made so much payment towards his health. But our position is not about his health, not just about holding him there.

“The law is very clear, the essence of his arrest is the belief that he had committed an offence, and how do you know that he had committed an offence is to commence an investigation. And once you finished the investigation and you did not find him wanting, you release him, and if you find him wanting, the law says don’t keep him in detention, charge him to court. That is just the fundamentals.

“As far as we are concerned the order to keep him for 60 days elapsed in October last year. They have the right to renew, but as it stands now we are not aware as to whether they have renewed or not. They, first they are seeking detention, they can go on their own, but the second time there is the need to have the permission of the Attorney General. They can do that without us on notice. But the fact remains that in an attempt to protect the system we are operating, once you obtain an order against somebody you notify him. If you have contact with the persons you notify them, or at least the general public because this is a matter that certain persons are being concerned.

“When they did that of the 60 days they came out to tell the whole world that they have obtained detention order. Which is okay. Now the 60 days have elapsed, nobody knows whether they have gotten additional extensions or not. That is why we say the best we could do is to go to court. We are not saying they must release him. Take him to court for determination. After court determination, we will know whether he will go to jail or be freed.

“If you recall, there was an arrest of our client, Tukur Mamu in Cairo on his way to Saudi Arabia with some members of his family. He was moved to Abuja and since then he remains in detention. We got to know that there is an order by the DSS to detain him for 60 days. At the expiration of the 60 days, we thought the next thing they should do is to charge him to court for any offence. As it stands now he has not been charged. And the best we can do for the system is to file legal enforcement wherein our plea which is very clear; release him on administrative bail, if there is anything call administrative bail. Alternatively, if you found out that he has committed any offence, charge him to court,” Katu said.