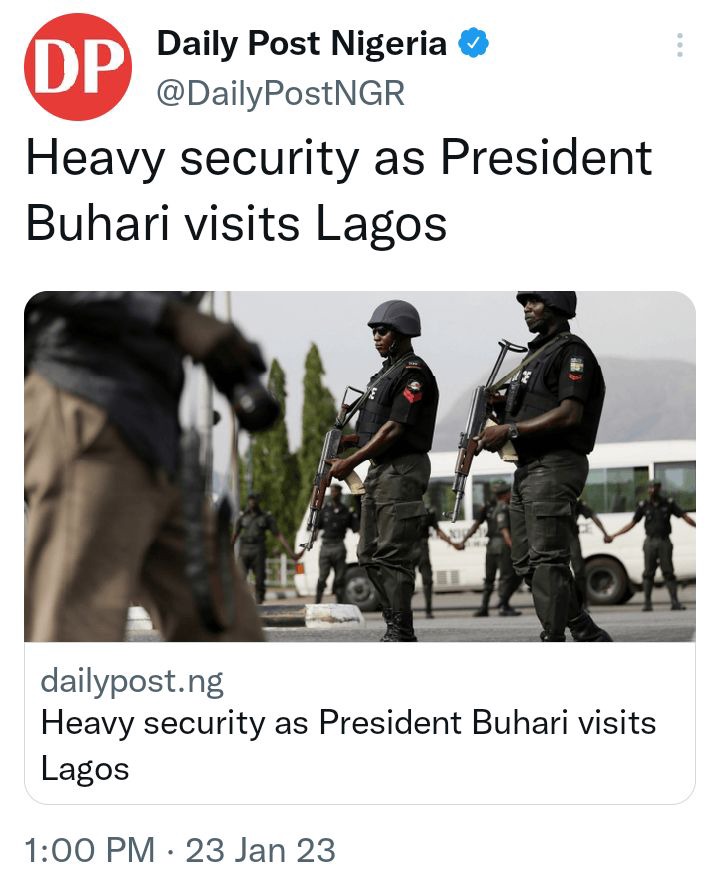 There is a heavy presence of various security personnel at the Presidential Wing, Murtala Muhammed Airport, Lagos, as President Muhammadu Buhari is expected in the state.

NAN reports that the President will be in Lagos from Jan. 23. to Jan. 24 to inaugurate several projects.

He is expected to inaugurate the Lekki Deep Sea Port, a Public-Private Partnership (PPP) venture between the Federal and Lagos State governments and a private called Tolaram. 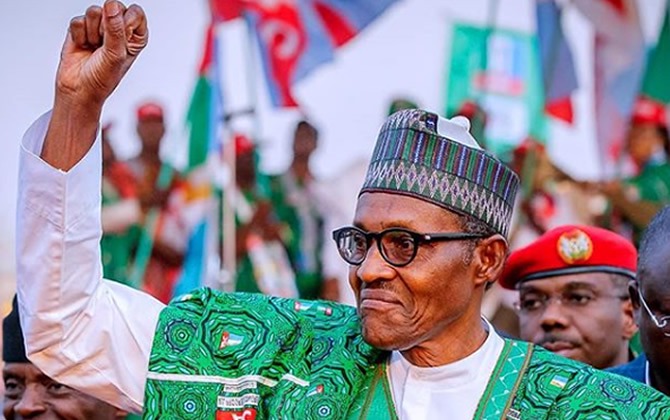 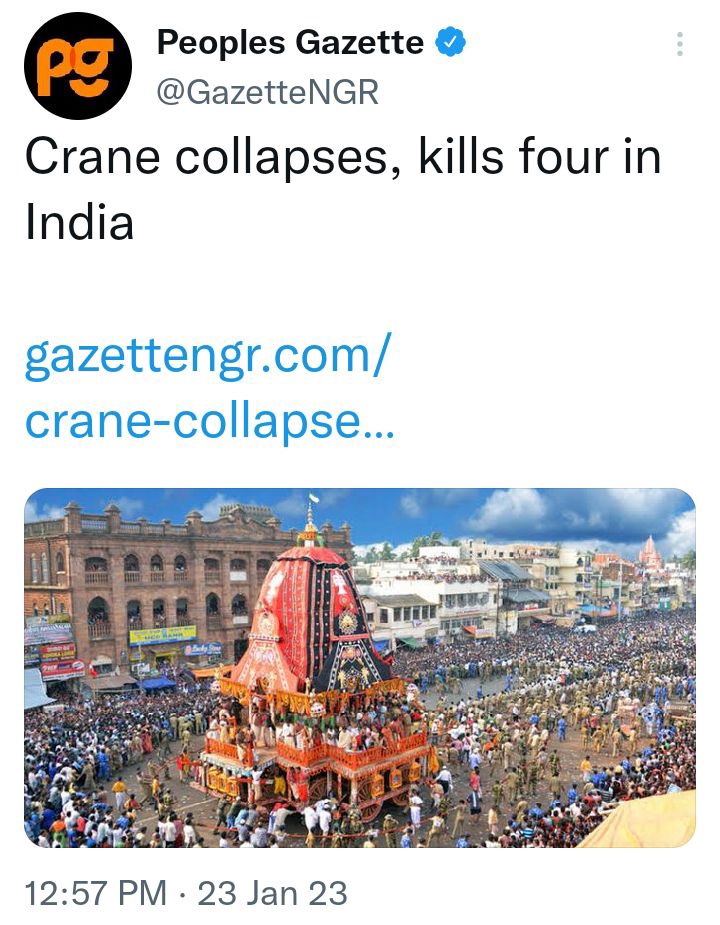 At least four people were killed and six others wounded after a crane crashed during a temple festival in the southern Indian state of Tamil Nadu, officials said Monday.

Reports said around eight people were on the crane to receive garlands from the devotees when the accident occurred. 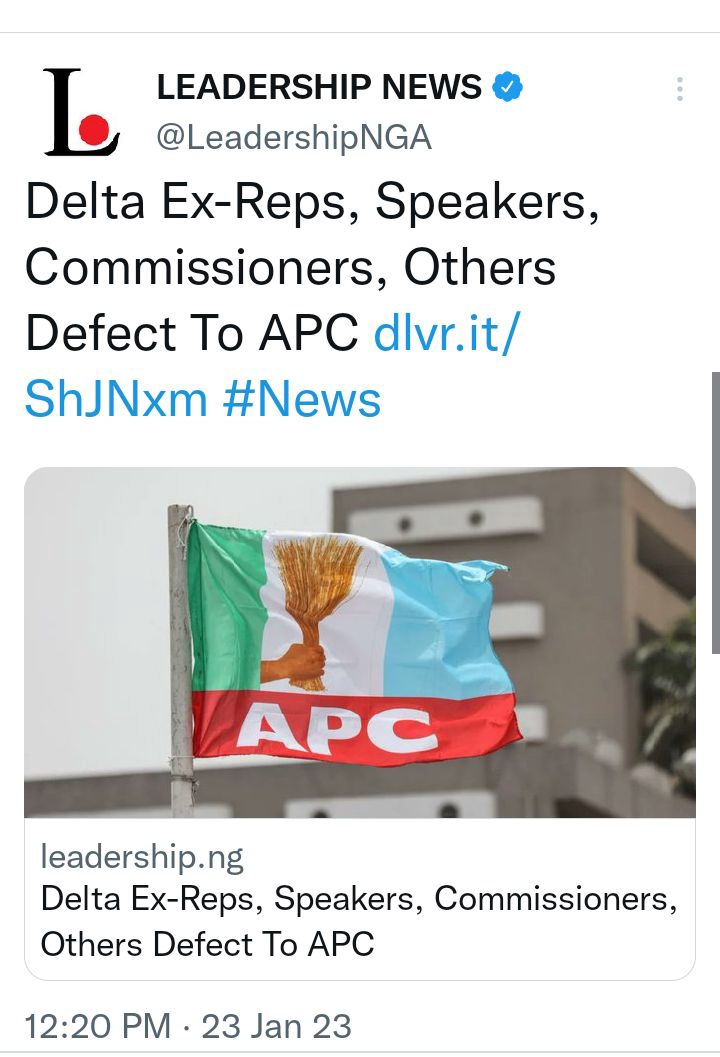 Three former members of the House of Representatives, a member of the Board of Trustees (BoT) of the Peoples Democratic Party (PDP) and former commissioner, two erstwhile speakers of the state assembly, lawmakers, five former commissioners and others have defected from the PDP to the All Progressives Congress (APC) with their supporters in Delta State. 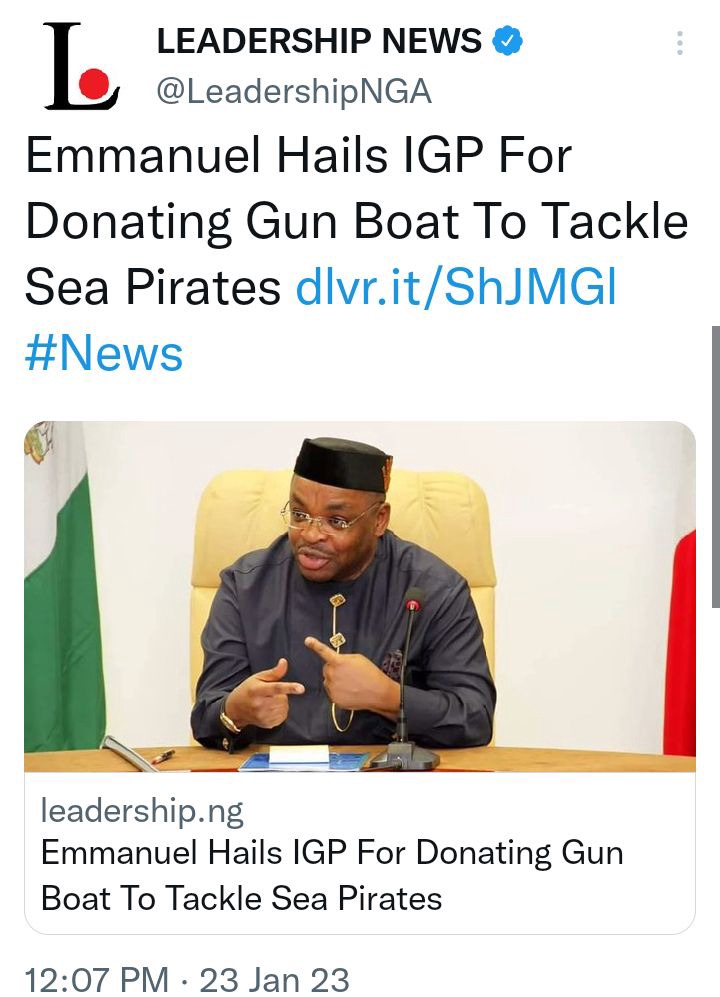 Governor of Akwa Ibom State, Udom Emmanuel has assured fishermen and other maritime operators of ease of doing business on the coastal waters of the state as measures were being put in place to contain and curtail the menace of sea pirates and other maritime crimes.

Checks by LEADERSHIP revealed that maritime businesses around the riverine communities of Ibeno, Ibaka in Mbo local government area, Uruan, Eket and Oron LGAs, have been disrupted with operators fishermen forced out of businesses, following incessant attacks by sea pirates leading to the death of dozens of fishermen, seafarers and stealing of several outboard engines. 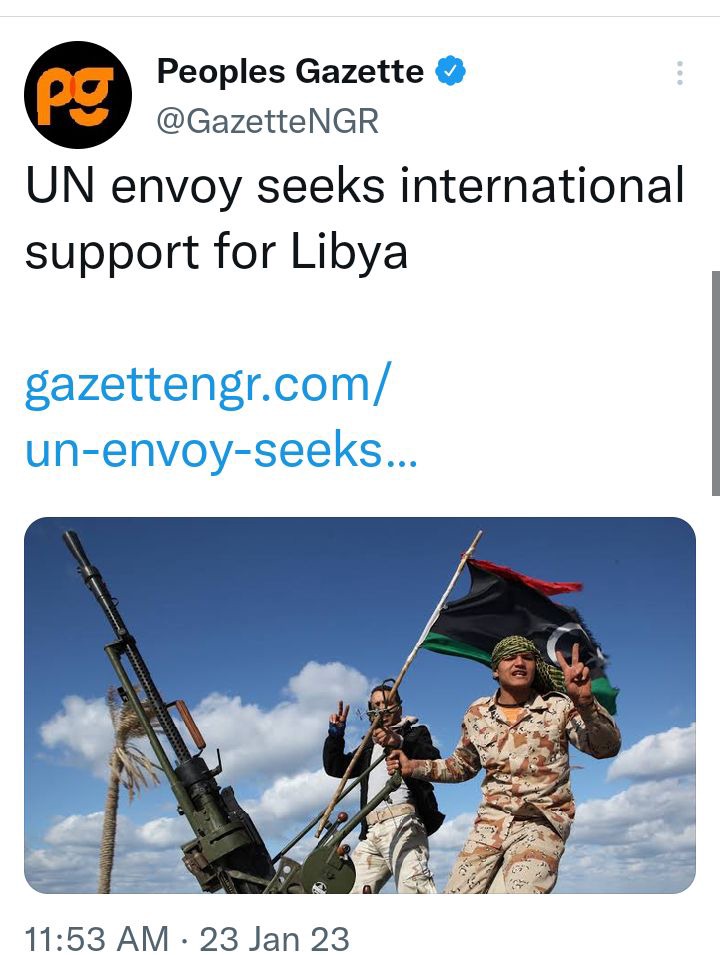 UN envoy to Libya, Abdoulaye Bathily, has called for international support to help the North African country overcome its crisis.

Mr Bathily made the call after attending a consultative meeting of the Arab foreign ministers in the Libyan capital Tripoli, during which issues of common concern were discussed.

“I call on all international stakeholders, Libya’s neighbours, to speak with one voice and step up their support to help Libya overcome its long-term crisis,” Mr Bathliy tweeted.

Do Not Be Deceived, Only My Husband Knows The Way, Atiku’s Wife To Nigerians 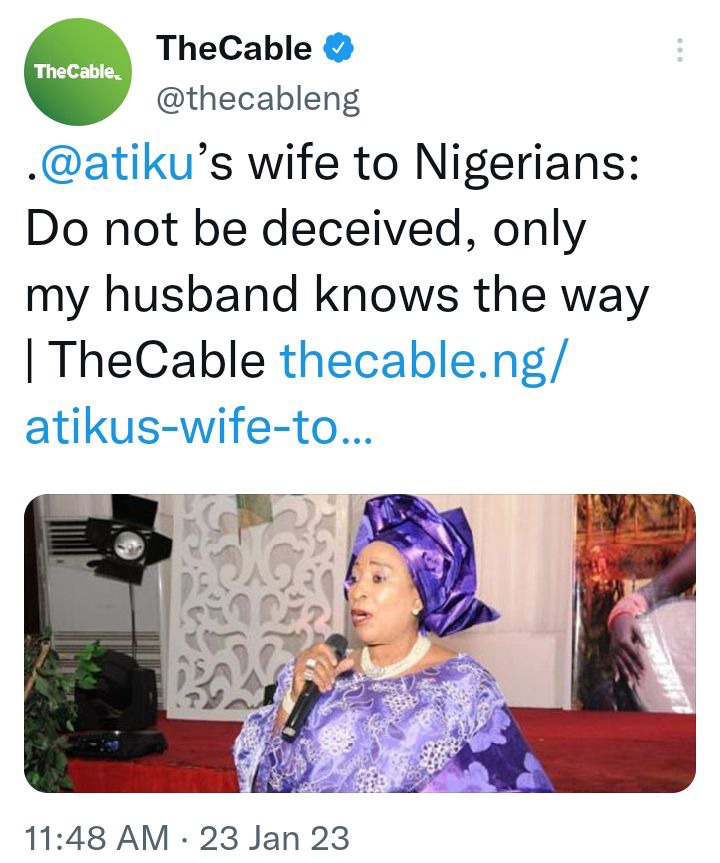 Titi said her husband has a “covenant” to do “so much” for Nigeria because of what he has benefited from the country.

The wife of the PDP presidential candidate spoke on Sunday at a town hall meeting in Lagos.

She told Nigerians not to be deceived because only her husband can “lead the way”.

Content created and supplied by: Debiclaz (via Opera
News )