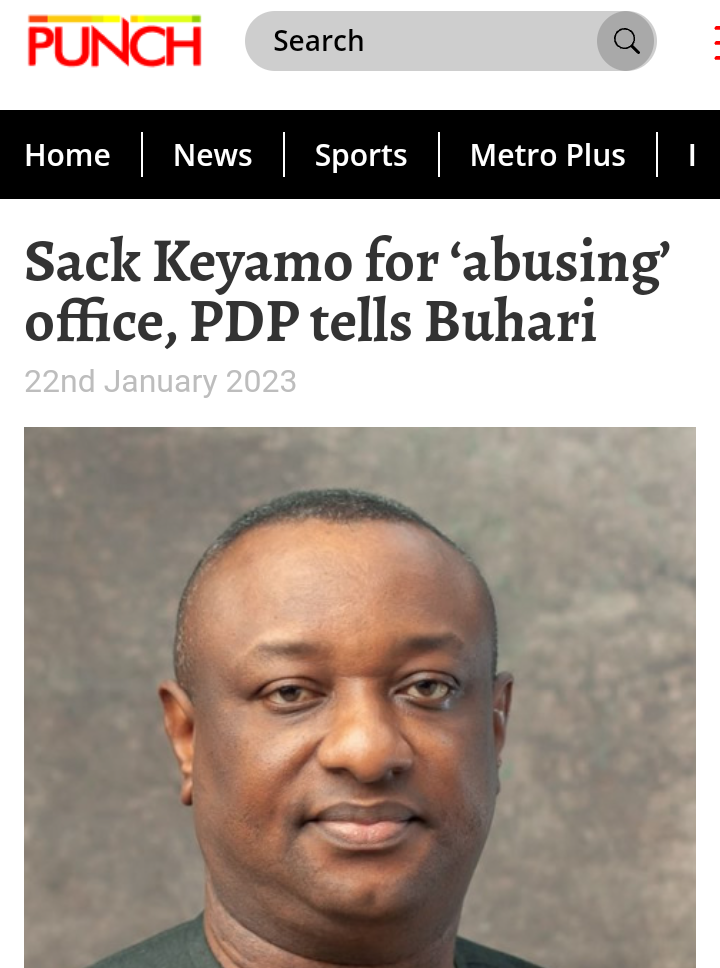 The Peoples Democratic Party has on Sunday called for the sacking of the spokesperson for the Presidential Campaign Council of the All Progressives Congress, Festus Keyamo, for allegedly abusing office.

The PDP said this through the spokesperson for the Atiku-Okowa Presidential Campaign Council, Daniel Bwala, at the party’s press conference in Abuja.

The PDP said Keyamo “is using the official privilege and powers of that office to intimidate the agencies of the government going to court and filing a case against the agents of the same branch of government to which he belongs.”

The PDP was reacting to Keyamo’s call for the probe of Atiku Abubakar over alleged corruption cases.

The Governor of Kogi State, Alhaji Yahaya Bello, has debunked reports that he dumped the campaign train of the presidential candidate of the All Progressives Congress, Bola Tinubu.

Bello, in a post via his verified Facebook page on Sunday, said his unwavering support for Tinubu and his running mate, Kashim Shettima, in the 2023 presidential election remained undiluted.

Reports in some media outlets (not The PUNCH) claimed that the Kogi governor may have dumped the Tinubu campaign.

The report said the National Youth Coordinator of the Tinubu-Shettima Presidential Campaign Council’s action could have been informed by the permutations in the North-Central state ahead of November governorship election. 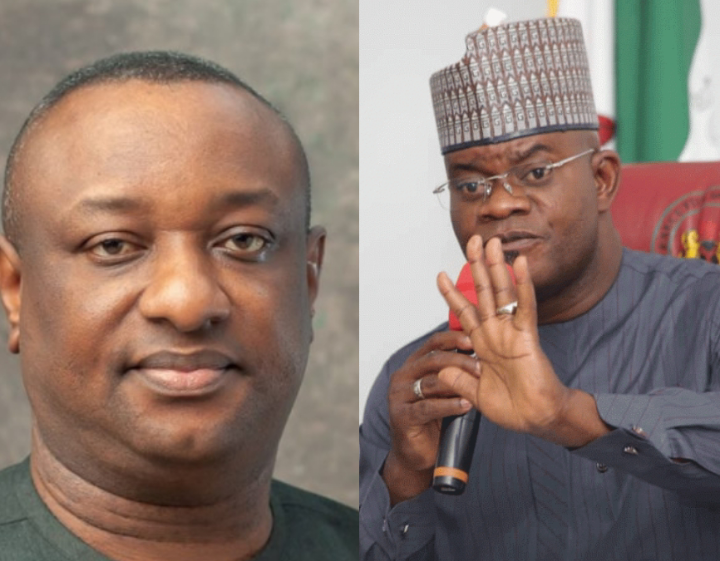 The North-West Zonal Chairman of All Progressives Congress, Salihu Lukman, says it is absurd for anyone to believe he has abandoned his party to work for the candidacy of the Labour Party presidential candidate, Peter Obi.

This was disclosed in a statement titled ‘Fallacious Politics of 2023’ and issued on Sunday in Abuja by his media handler.

The development is coming barely 24 hours after a Director in the Tinubu-Shettima presidential campaign council, Naja’atu Muhammad, quit the team and the ruling party.

Until she left, 67-year-old Mohammed was the Director of Civil Society directorate of the PCC.

The PCC insisted that the one-time vice president is unfit to lead the country because he can be an easy target for compromises that will be against the national interest.

It was reacting to the opposition party’s call on the National Drug Law Enforcement Agency (NDLEA) and the Economic and Financial Crime Commission (EFCC) to investigate Tinubu.

In a statement by its Director, Media and Publicity, Bayo Onanuga in Abuja, the APC PCC said Atiku lacked the moral justification to make such demand.

Onanuga maintained that by his action and , the PDP flagbearer has shown that he cannot be trusted to manage the resources of Nigeria.

Content created and supplied by: YAHAYA (via Opera
News )