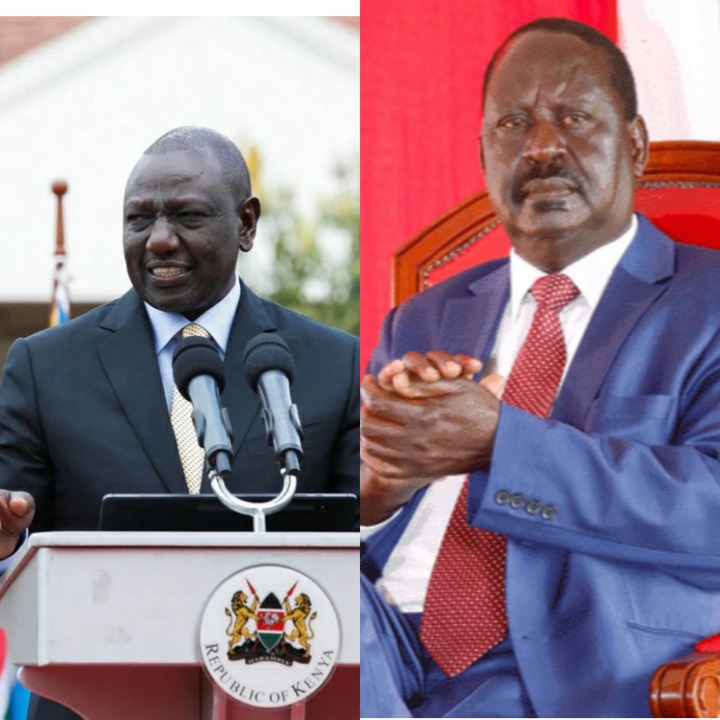 The 2022 election debate is still on following IEBC whistleblower’s allegations saying that ODM leader Raila Odinga is the one who should have won the Presidency with 8.1 million votes.

The whistleblower’s allegations have made Raila Odinga to call a rally at Kamukunji grounds immediately he jets back to the country from South Africa.

Raila Odinga is expected to drop a bombshell from the Kamukunji rally on what next for Azimio supporters.

In the latest development, an American based think tank now says it’s impossible to predict who between President William Ruto and Raila Odinga won the 2022 Presidency following latest evidence from the whistleblower.

According to Vanguard Africa Founding Director Jeffrey Smith, the election data from the IEBC are yet to be proven as accurate and valid. He says that whistleblower’s allegations are a clear sign that the 2022 poll results had discrepancies.

He argues that the discrepancies are sufficient enough to cast doubt on the validity of the final results.announced by IEBC. 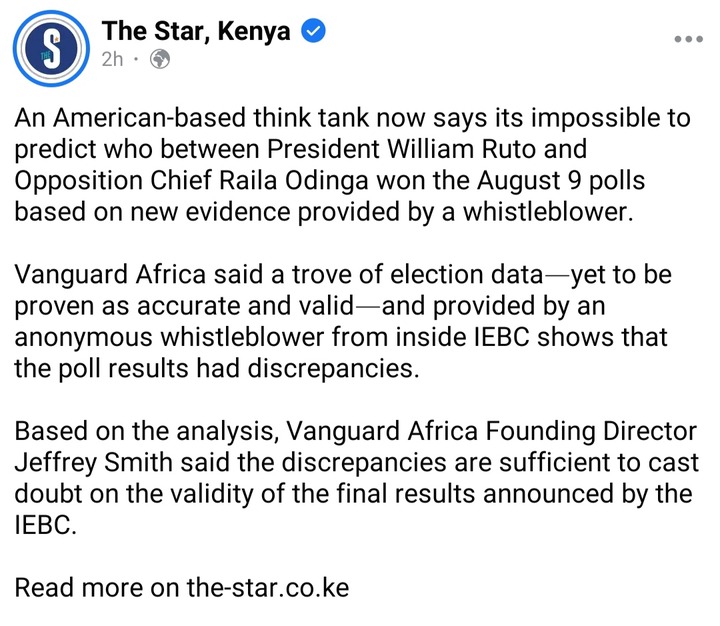 Kenyans on social media have expressed various controversies towards the US based think tank. Some Kenyans have highlighted that it’s time to forget about elections and focus on development matters. 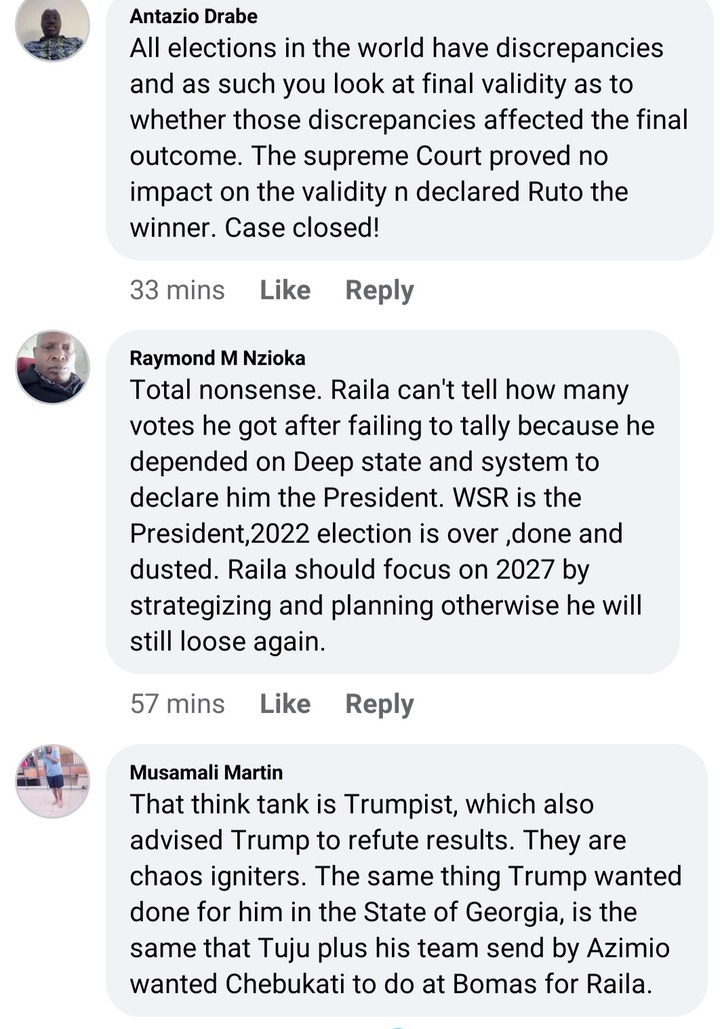 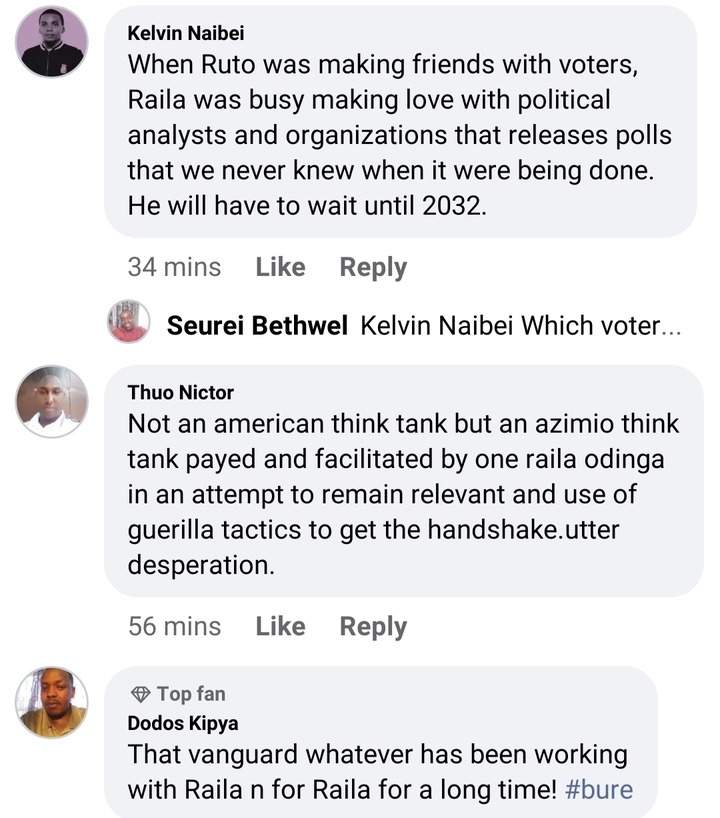 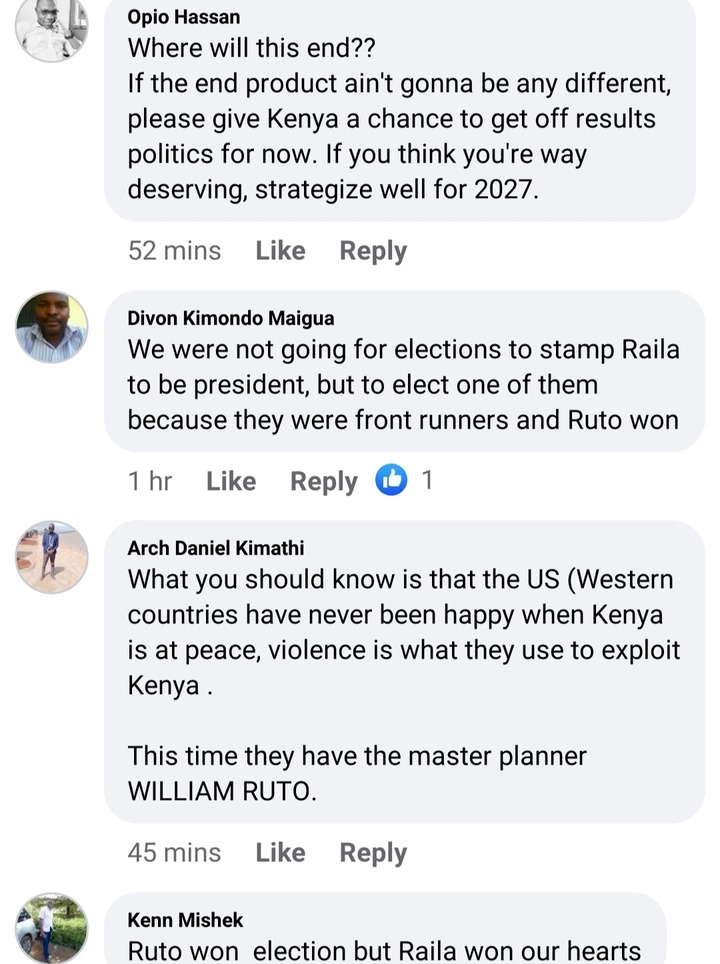 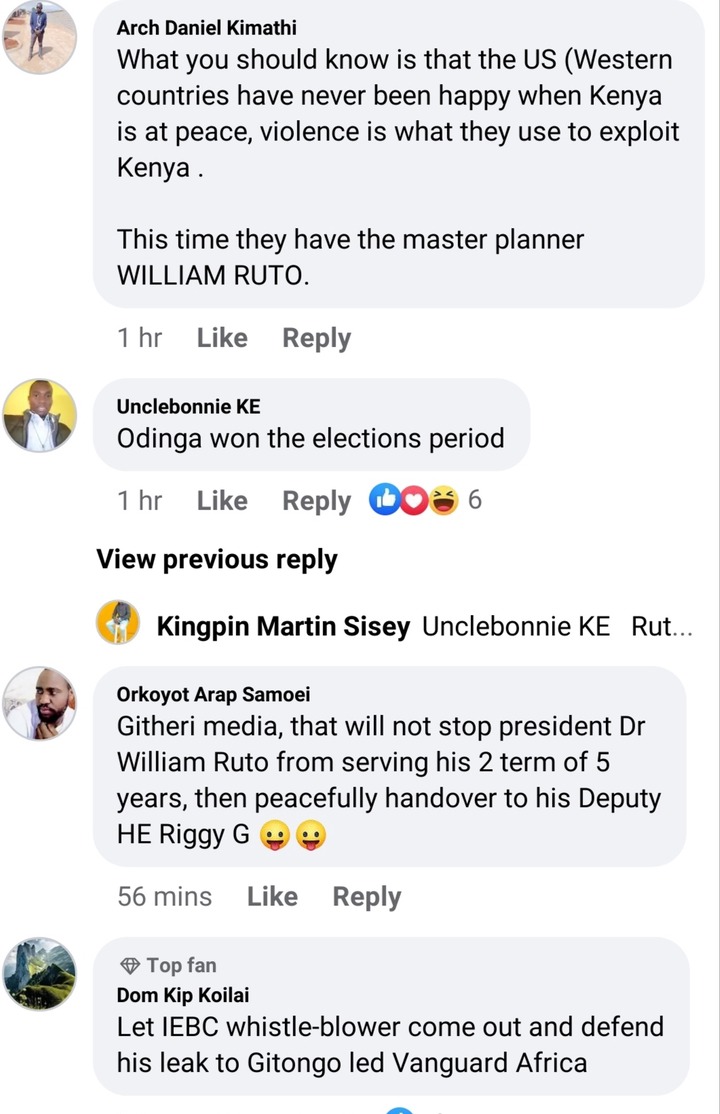 Content created and supplied by: Boldblog (via Opera
News )