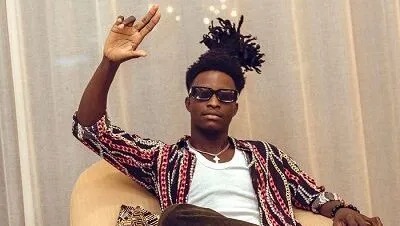 Lasmid Nathaniel Owusu popularly known in the music scene as Lasmid (Charger) is a Ghanaian singer and songwriter from Takoradi, in the Western region of Ghana. He is born to Mr. and Mrs. Owusu whose full name is not yet known because he has chosen not to mention it in his ground interviews.

In an exclusive interview with Deloris Frimpong Manso, a professional known as Delay, on TV3 on the 17th of July, 2022, he revealed that he repeated three times in primary school before advancing to junior high school. Lasmid claims that he initially repeated in a primary school in a village near Dunkwao, went to a city school nearby, and then repeated there a second time.

He later repeated the last time since he had a child’s brain at Wasa Akropong Primary School. He then worked very hard to avoid being repeated at primary 6, and he continued to attend Wasa Akropong throughout his Primary and Junior High School education.

According to Lasmid, the separation of his parents was the cause of his repetitions in Primary School. He even realised that his parents are no longer together as a couple until he turn seven years old.

Lasmid received his secondary education at Takoradi Technical Institute (TTI). After finishing high school, Lasmid found employment as a mechanic, he hasn’t attended college. He later enrolled in MTN Hitmaker and won the season eight (8) competition in 2019, for which he was awarded a recording deal for GH₵120,000 and a black Anibisa headset, provided by MTN Pulse.

He became well-known after releasing a remix of his song “Sika” on the 11th of March, 2022, with Ghanaian musician Kuami Eugene. Naira Marley, a Nigerian musician, indicated an interest in signing Lasmid to his label in 2022. He became very famous for his 2022 song which was released on the 10th of Jun titled “Friday Night,” which went viral and topped the charts in Ghana after becoming popular on TikTok.

He featured Derrick Sarfo Kantanka, professionally known in the music scene as Amerado, in a viral song titled “Grace,” which was released on the 19th of August, 2022. He also featured on “Ewuraba,” another viral song by Andy Agyemang, popularly known as YPee, on the 13th of October, 2022.

He released a new song on the 16th of December, 2022, titled “Running,” which has a similar tune to the “Friday Night” song and is getting massive reactions from fans.

He has had a total of seven (7) songs since 2019 to date, and he was featured on four (4) songs (“Odo Brassband” ft. Kofi Kinaata, “Sika” ft. Dead Peepol, “Father” ft. Me. Drew, and “Sika” Remix ft. Kuami Eugene). “Atele,” “Friday Night,” and “Running” are his three (3) songs that featured no one. He has featured two big Ghanaian artists from Kumerican, namely Amerado (“Grace”) and YPee (“Ewuraba”).

Lasmid is not married or having a child at the moment, and it is not yet known in public whether he is dating or not, and he has never said anything concerning his relationship in his ground interviews.

According to research, he has an estimated net worth of around one hundred thousand dollars ($100.000). On August 26th, 2022, he bought the latest Rolls-Royce car for his team. A lot of his fans are still streaming his “Friday Night” and “Running” songs every day on various platforms, which is still boosting his net worth.

Content created and supplied by: HouseOfTrendingNews (via Opera
News )