6 Al-Shabaab Pose as Army Officials Before Gaining Access to Govt Building, Commandos Gun Them Down 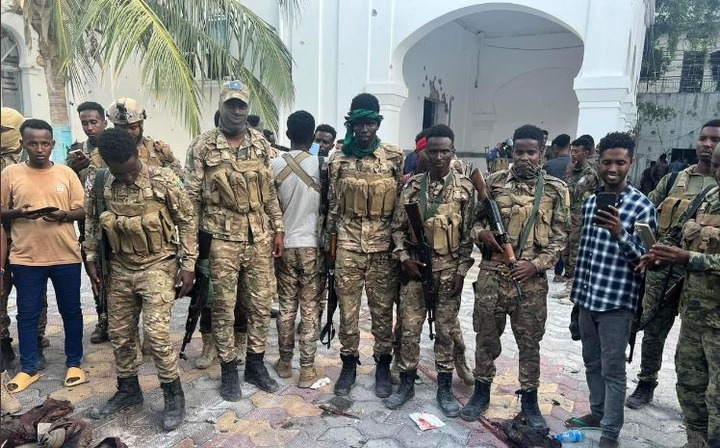 Six al-Shabaab militants on Sunday, 22 January 2023, posed as military officers before gaining access to a government building in Mogadishu.

While inside the Benadir regional headquarters building, the militants started firing at civilians who were in the building, killing five innocent civilians.

Fortunately, military commandos responded in time and managed to put out all six terrorists. 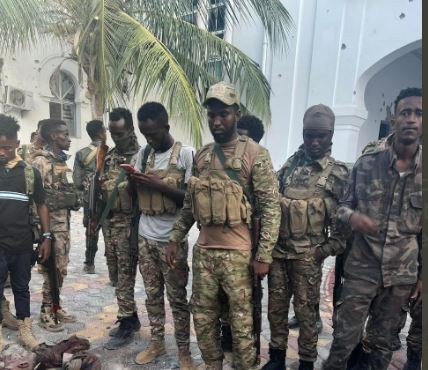 According to the statement that has been issued by the federal government of Somalia, the militants stormed the building on Sunday before noon before they opened fire.

The military responded in time and focused on their first exercise of the mission, to rescue government officials and civilians who were being held under siege inside the building.

After hours of the operations, all the officials and the civilians were rescued and taken to various hospitals for medication. 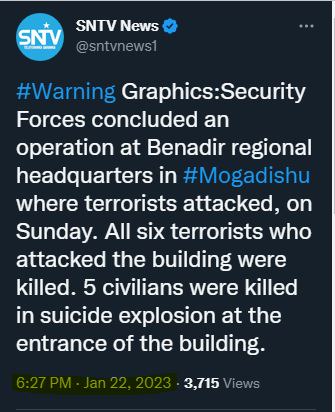 The commandos quickly embarked on their last mission, to take out the militants, and in a few hours of hunting them, they managed to put them down.

“The security forces, who were very vigilant, carried out a two-part operation in the area. The first part was to rescue the officials and citizens who were in the area.

“The second part of the army’s operation, which was to end the militants was completed after six terrorists were killed,” read the statement in part after a loose translation from Somali. 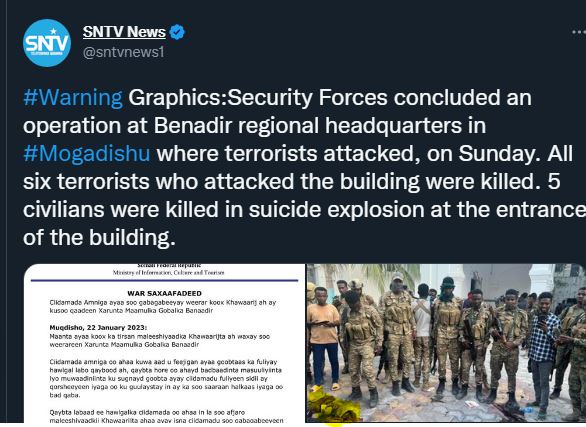 The government said the attackers arrived at the building while on foot and lied to security officials that they were from the military.

“5 civilians were martyred and four others were injured,’ the government added.

The federal government of Somalia has since expressed its condolences to the families of the killed civilians.

Earlier on, al-Shabaab had issued a statement claiming to be responsible for the attack.

Content created and supplied by: @DigitalReporter (via Opera
News )