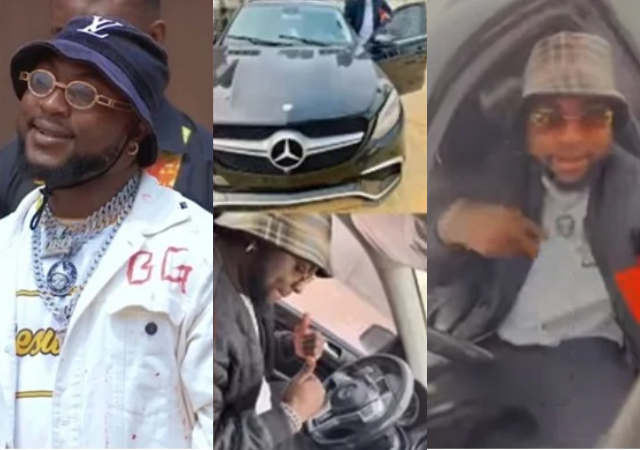 Famous content creator, Twin OBO who makes a career from acting like music star, Davido, has bought himself a Mercedes Benz.

The skit-maker just acquired a Mercedes Benz GLE SUV and a video of him taking it for a ride surfaced on social media.

His friend, who recorded the moment he was inside the Benz, could be heard hailing him with Davido’s moniker, OBO which means Omo Baba Olowo.

Twin OBO hit the limelight in 2022 due to his striking resemblance to the DMW boss and his penchant for always recreating the celebrity lifestyle of Davido.

Finally, his months of content creation made it possible for him to buy a Benz worth millions of naira.

Some reactions culled below:

kunta.kite
Na him be fake it till you make it 😃👍 congrats ma gee

olawaleadekoya
There is something hidden we don’t know about these comedians….who wan drop update among all of una bayi😢

In the viral clip, the lad who is known for his striking semblance with OBO could be seen cruising on his bike while Apama and a few others hailed him.

Twinobo in no time stopped his bike and Apama rushed out of his car with his guys to hail the man.

The dude trended a couple of years back and the online content creator, Cute Abiola featured him in a skit.