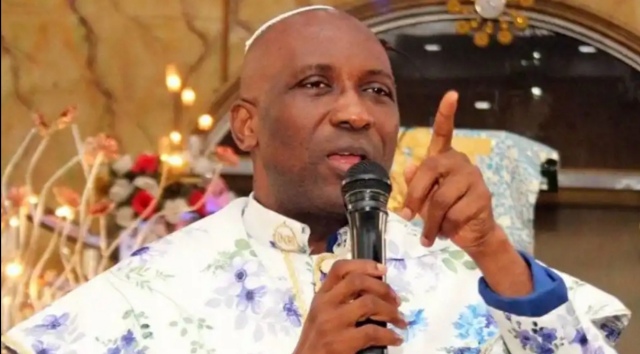 Primate Elijah Ayodele, the leader of the INRI Evangelical Spiritual Church,  has said a prominent candidate in the forthcoming 2023 elections would kick the bucket if the concerned person doesn’t step down to care for his health.

The cleric disclosed that the prominent personality is amongst governors, senators and house of representatives members.

In a statement signed by his Media Aide, Oluwatosin Osho, Ayodele revealed his fear.

“If you know you are unhealthy, go and take care of yourself, the election is not what you need,” Ayodele said.

According to him, Nigerians need to choose someone who will put the country together.

He also maintained that the Bimodal Voter Accreditation System (BVAS) is the only solution to having a credible election.

‘’INEC must take this election seriously more than what they have been doing, we can’t withstand any rigging because we are in a dilemma and we need to elect who will put the country together. BVAS is the answer to have a credible election and INEC must put in all efforts to ensure it happens.’’ he said.