Hearts Of Oak U-14 Coach Bernard Dong Bortey Thanks Asamoah Gyan For His Compliment. 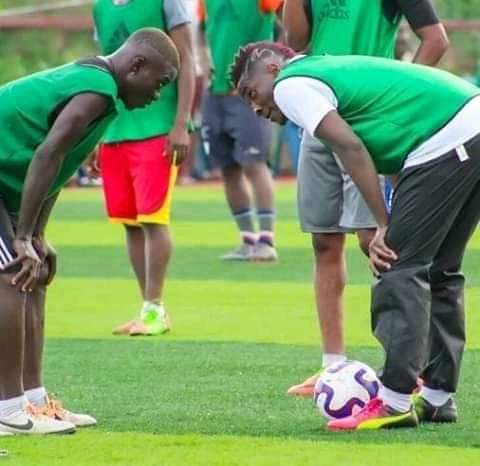 Accra Hearts of Oak hired their legend, Bernard Dong Bortey, to manage their youth team on November 2, 2022, and he has since been affiliated with the team after a long absence.

In an interview with astute sports journalist Dan Kwaku Yeboah, the former Liberty Professionals marksman, Asamoah Gyan, revealed the humanitarian attitude of Bernard Dong Bortey when they were at the camp of Black Meteors.

Asamoah told Dan Kwaku Yeboah in a video, “He (Bernard Don Bortey) is a good guy, a free-spirited guy. Don Bortey was on top of his game at the time, as I recall back in the days at Black Meteors’ camp after he had returned from an ad scene, even though we were not friends but teammates for Black Meteors. Don Bortey called me, opened a backpack full of cash, and told me to choose one, which surprised me because we weren’t close friends; I thanked him and promised to help him in return.” The editors of www.atspo.com happened to come across Don Bortey’s Twitter account, where he acknowledged Asamoah Gyan’s revelation in a conversation with Dan Kwaku Yeboah. 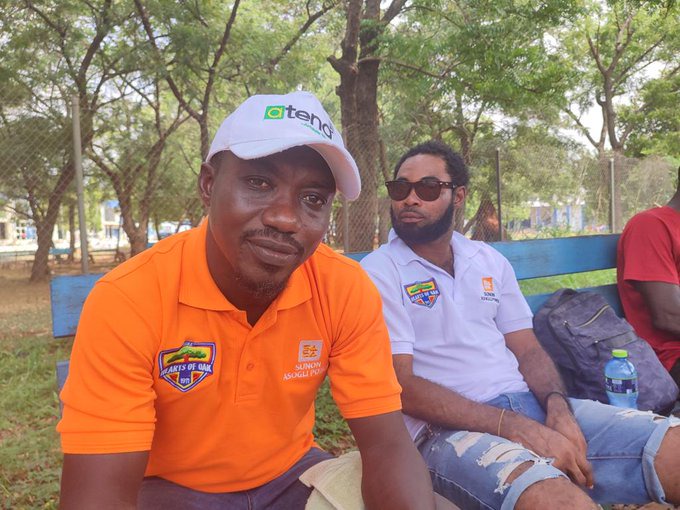 Don Bortey tweeted on his account, @BorteyOfficial, “@ASAMOAH_GYAN3, I saw this video just this morning, and the feeling felt like just yesterday. Thanks for not letting me leave this earth before coming to speak about me this way. I love you, bro, and thanks for everything.”

The two players are not highly identified as close friends during their playing times, so this declaration has been a shock to numerous football fans in the country. 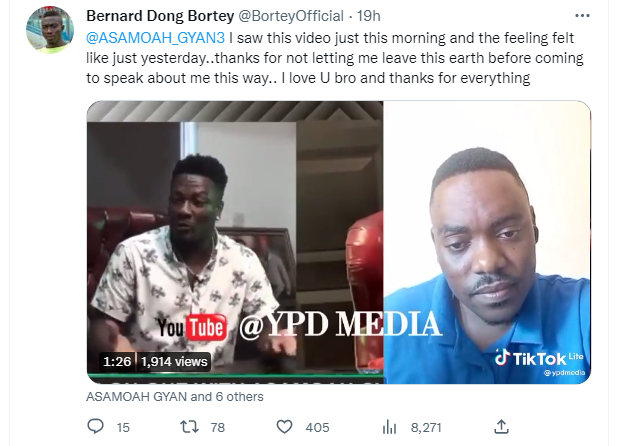