JB Maina is a Kikuyu Mugithi artist who has been in the industry for decades, he recently sued upcoming young artists about copyright allegations, the case is against Waithaka wa Jane, Kajei Salim and Tonny Young.

According to Kikuyu Entertainment News, JB has responded through his social media page and wrote as i quote his words…”Music will go on, but let’s first interrogate the copyright law and it see what it says will happen when a person steps on another person’s toes so that we may not kill the industry by behaving like we are in Shamba La Wanyama where there are no rules.” 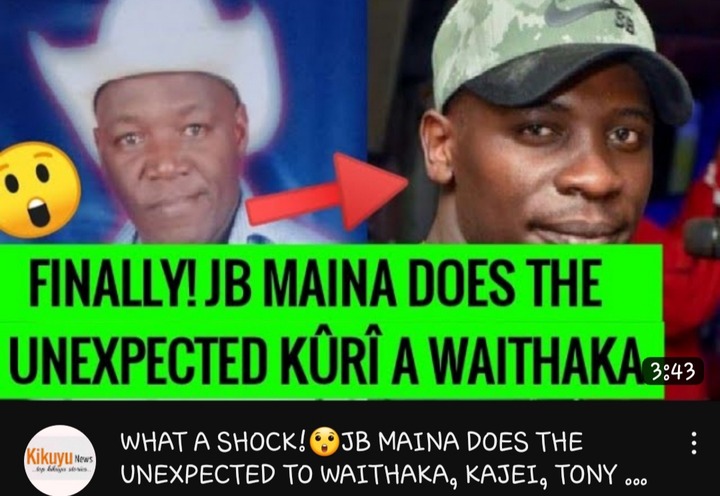 The singer has been addressing the issue in other posts over the last few days regarding this case, he had earlier said that he is not afraid of being called names or accused of being jealous, in his words he said the rich wear such as a necklace around their neck.

Kindly share your thoughts about this topic and don’t forget to follow me for more updates. Thank you

Content created and supplied by: Debrah (via Opera
News )