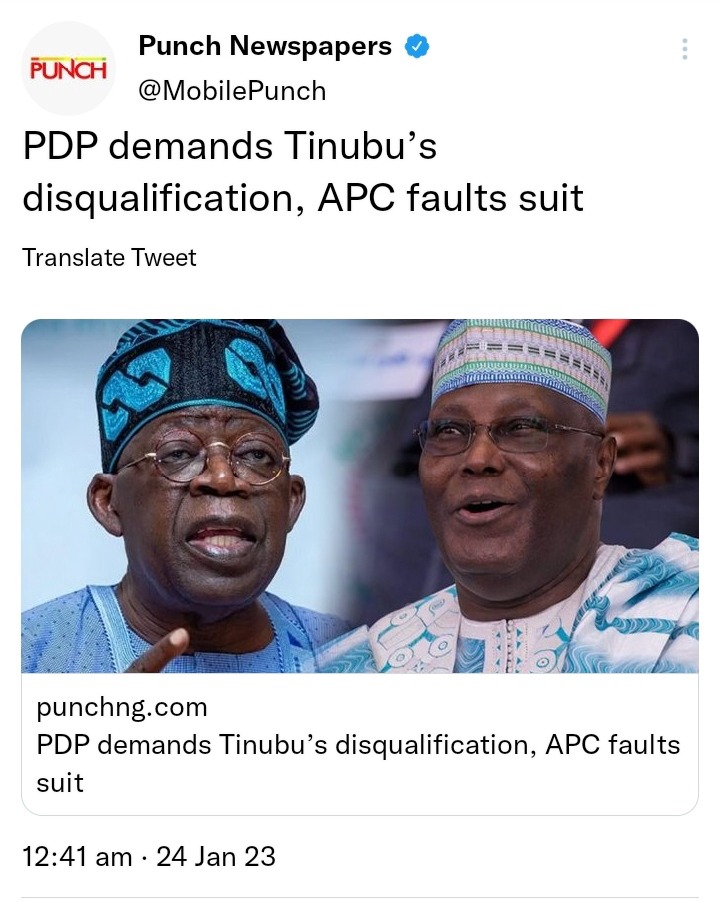 The Peoples Democratic Party Presidential Campaign Council, Monday, dragged the presidential candidate of the All Progressives Congress, Bola Tinubu, to court, urging the Independent National Electoral Commission to disqualify him from contesting the February 25 election over an alleged  forfeiture of the sum of $460,000 to the United States authorities.

The council announced this in Abuja at a press conference by the spokesperson of the Atiku/Okowa Campaign Organisation, Mr Kola Ologbondiyan.

Ologbondiyan expressed the determination of the campaign council to file for accelerated hearing in the case in the interest of the nation as Nigeria’s laws do not permit an alleged convict, let alone an individual convicted on account of international crime of trafficking in narcotic, to stand election at any level. 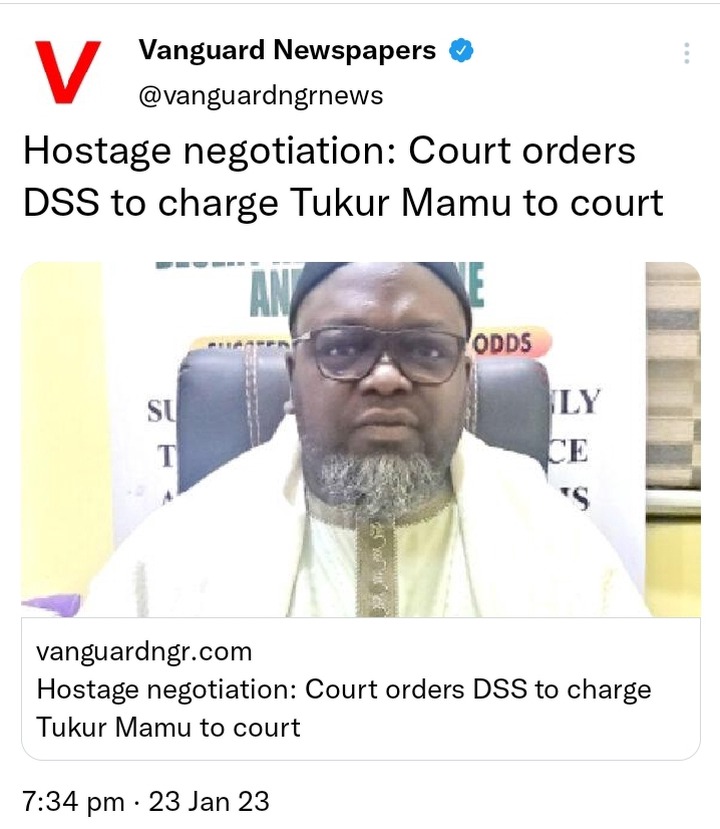 The Kaduna State High Court 12 presided over by Justice Edward Andow has ordered the Department of State Services (DSS) to charge the former lead negotiator for the Abuja-Kaduna train victims, Malam Tukur Mamu to Court.

The judge ordered the DSS to charge Mamu to court immediately if any offence was discovered about him regarding his alleged involvement in ransom negotiation on behalf of the terrorists.

Mamu has been with the DSS since his arrest in Cairo, Egypt on September 6, 2022 on his way to Saudi Arabia for the lesser Hajj together with some of his family members. 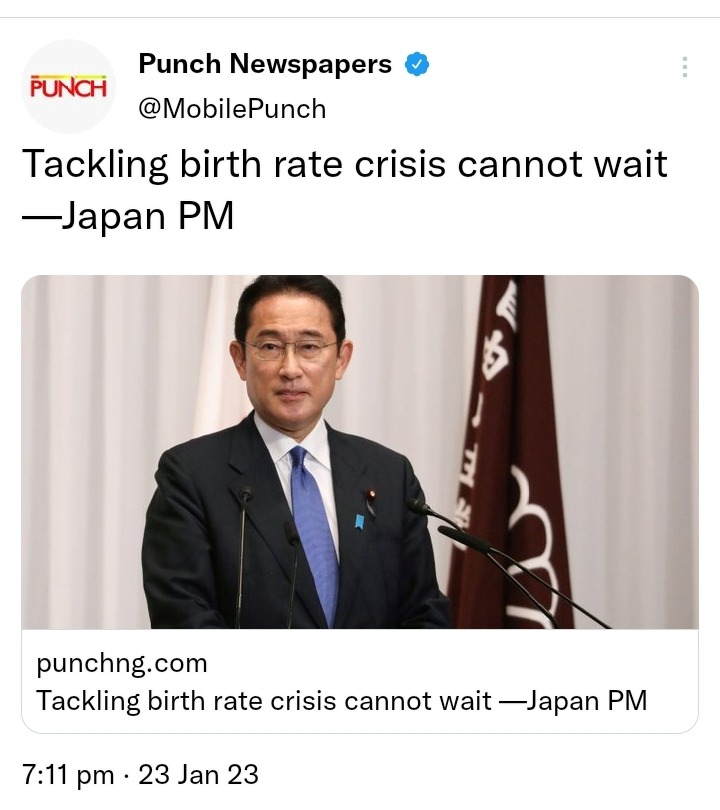 Birth rates are declining in many developed countries, but in Japan the issue is particularly acute because it has the world’s second-highest proportion of people aged 65 and over, after the tiny state of Monaco, according to World Bank data.

“The number of births dropped below 800,000 last year, according to estimates,” Kishida told lawmakers in a policy address marking the start of a new parliament session.

“Japan is standing on the verge of whether we can continue to function as a society,” he said 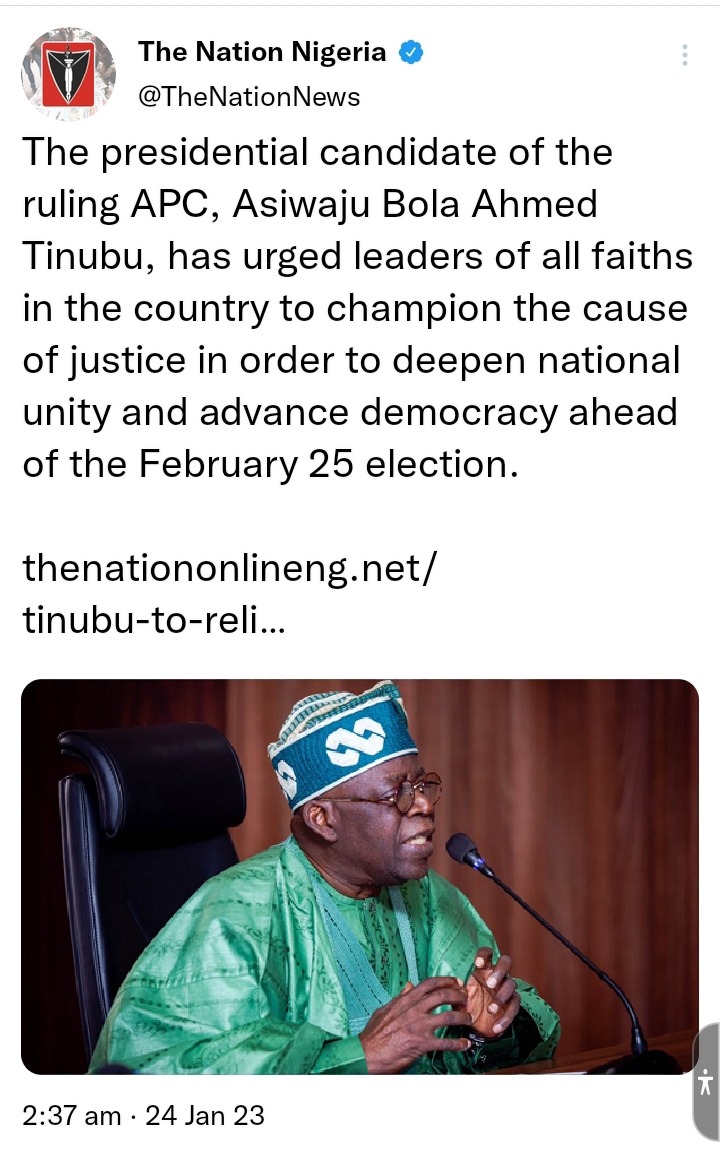 The presidential candidate of the ruling All Progressives Congress (APC), Asiwaju Bola Ahmed Tinubu, has urged leaders of all faiths in the country to champion the cause of justice in order to deepen national unity and advance democracy ahead of the February 25 election.

He also cautioned them to avoid the ploy by some politicians to play up religious sentiments over administrative competence ahead of the poll.

The APC standard bearer spoke on Sunday night at a town hall meeting with Muslim leaders from the Northeast in continuation of his interactions with critical stakeholders across the country and as part of activities for his campaign tour of Bauchi State. 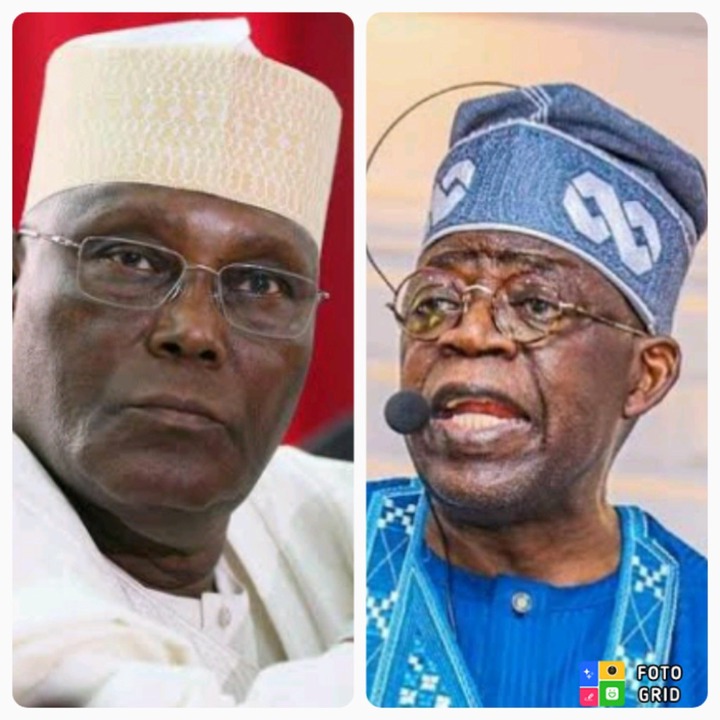 Content created and supplied by: Officialnews1 (via Opera
News )