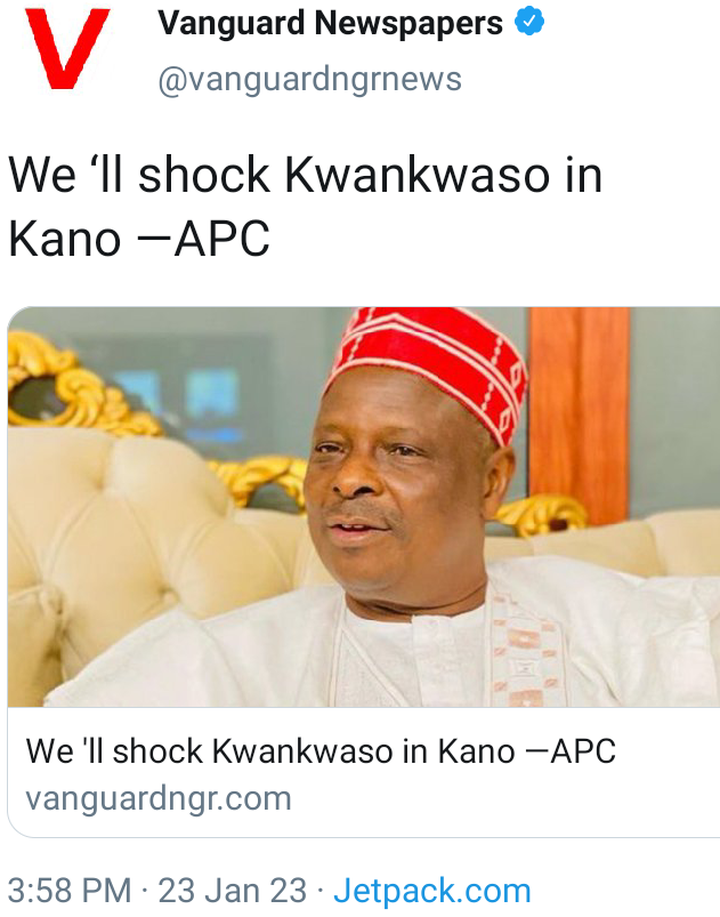 The ruling All Progressives Congress (APC) in Kano has declared that it has completed all plans to surprise the presidential candidate of the New Nigeria Peoples Party (NNPP), Rabiu Musa Kwankwaso and his supporters in the oncoming 2023 general elections with the overwhelming votes it will get.

The declaration was made by the spokesperson of the Kano APC Gubernatorial Campaign Council, Comrade Muhammad Garba, who is also the state’s commissioner for Information and Internal Affairs in an exclusive interview with newsmen on Monday. 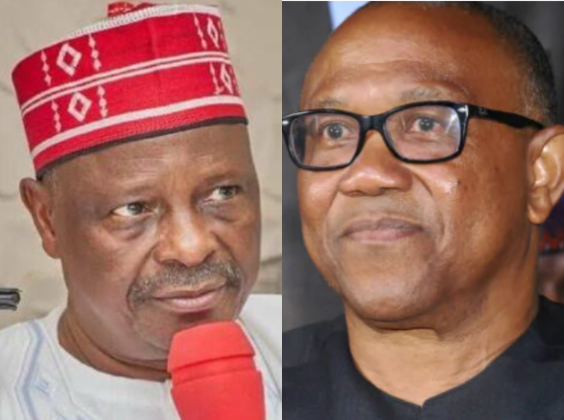 The National Conscience Party (NCP) has endorsed the presidential candidate of the Labour Party (LP), Mr Peter Obi, ahead of the February 25 presidential election. 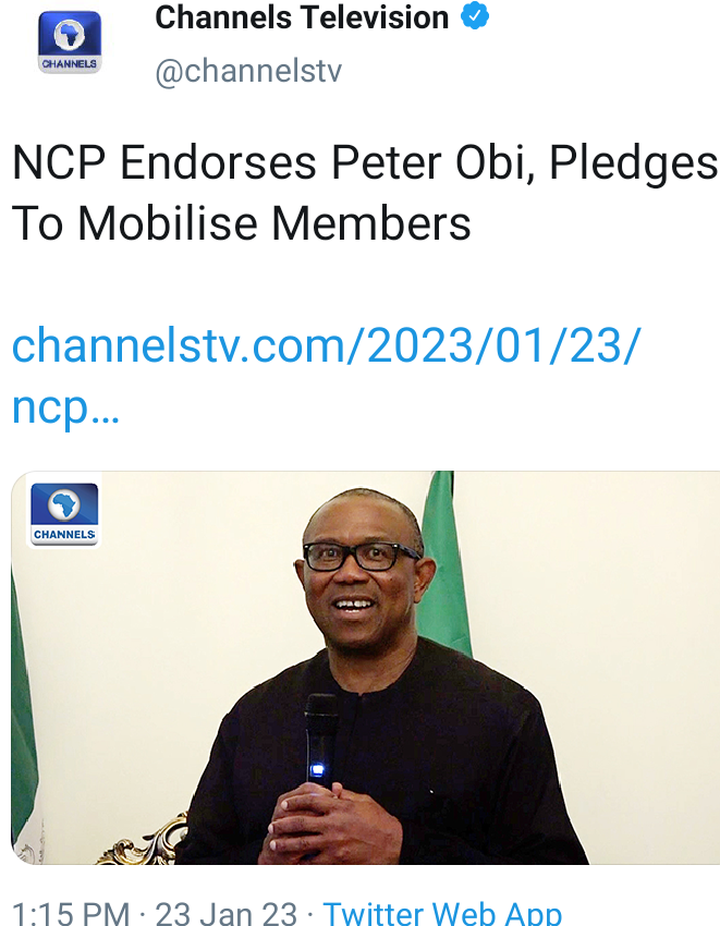 He explained that the former Anambra governor “has all it takes to earn the trust and confidence of our party.”

“We will mobilize our members and supporters nationwide to canvass and vote for the Labour Party candidature because we share their philosophy and manifesto,” he stated.

You’ve made your case, it’s time for voice of majority, Wike told

A member of the National Caucus of the ruling All Progressives Congress APC, Chief Sam Nkire has advised Governor Nyesom Wike of Rivers State to make peace with his party, the People’s Democratic Party PDP. 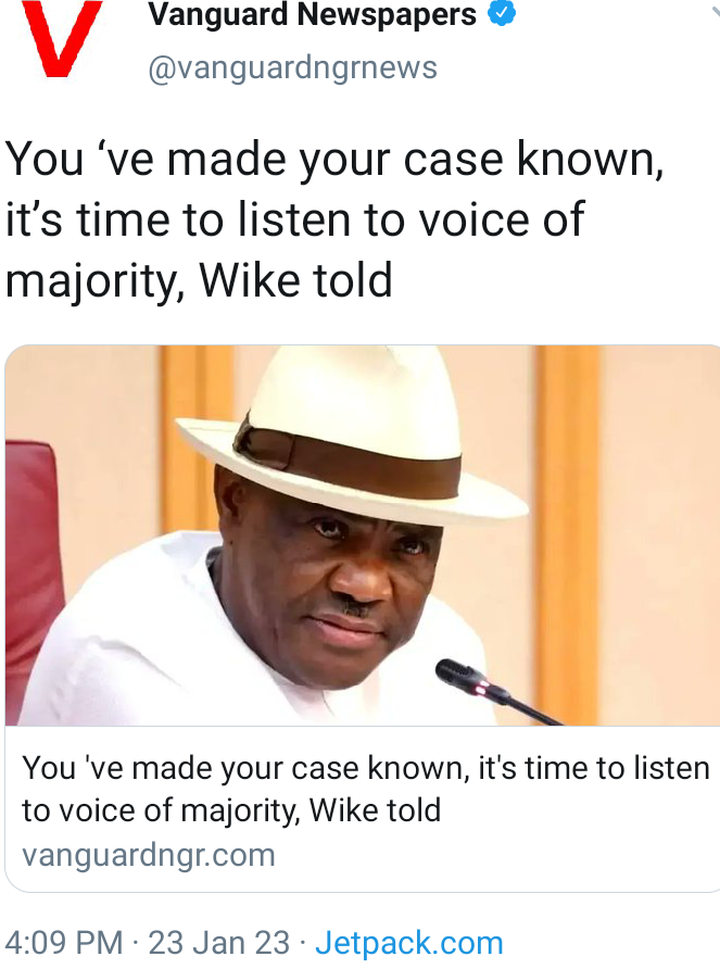 Nkire, a former National Chairman of the Progressive People’s Alliance, PPA in a statement sent to Vanguard in Abuja on Monday said there was a common parlance in politics that the “party is supreme”, adding that, “Governor Wike has made his case so eloquently, it is now time to listen to the voice of the majority”.

According to the APC chieftain, challenges were no peculiar to PDP.

The leader of the INRI Evangelical Spiritual Church, Primate Elijah Ayodele has issued a warning to prominent candidates in the 2023 elections. 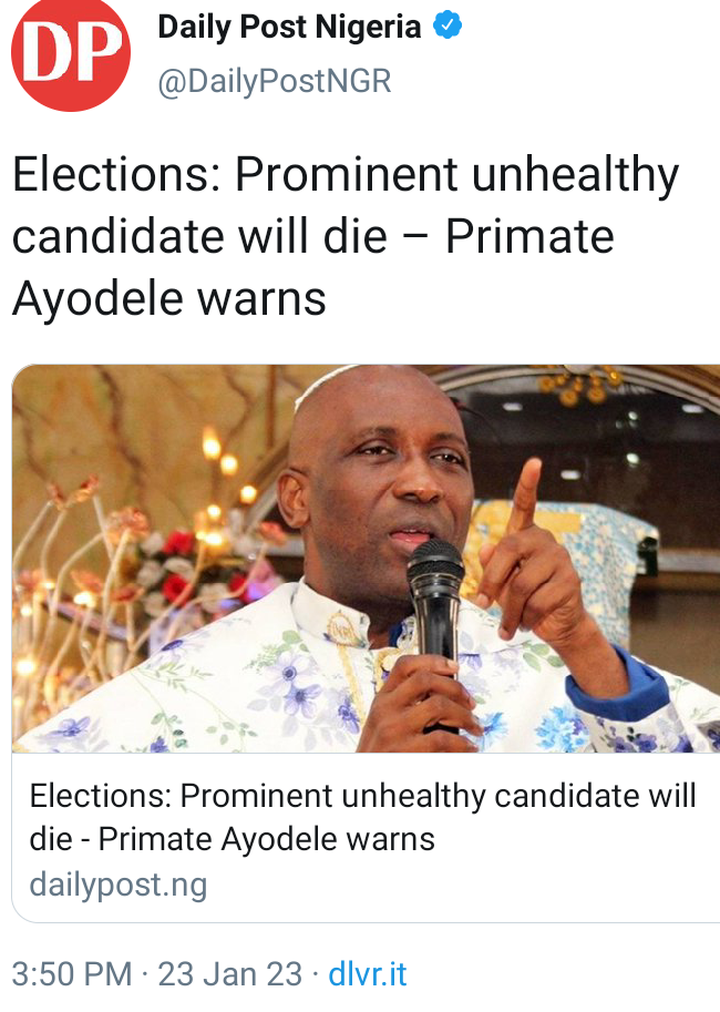 In a statement signed by his Media Aide, Oluwatosin Osho, the clergyman urged those who are unhealthy to step down from the elections to take care of their health.

145 Nigerian Catholic Priests Killed By Terrorists, 30 Others Kidnapped In Several Attacks In 2022 — Report

At least 145 Nigerian Catholic priests were killed and 30 others were kidnapped in 39 terror attacks in 2022, according to a report released by SB Morgan. 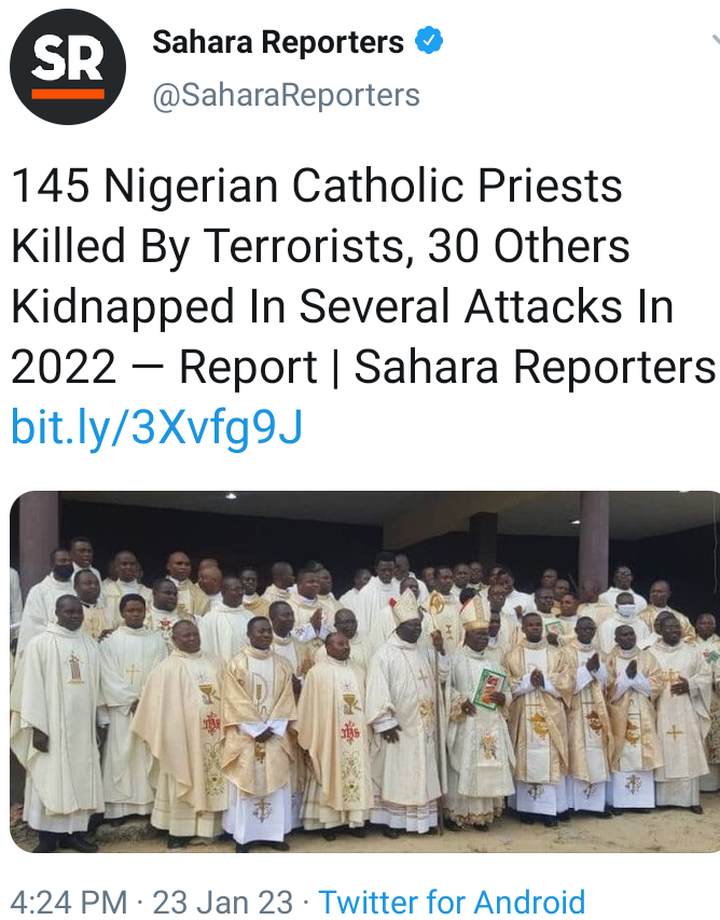 It was further revealed that the 39 terror attacks recorded against the priests were 28 kidnappings, 3 herdsmen attacks, 2 attacks from IPOB militants, one mob violence, and one banditry attack.

Meanwhile, due to frequent terror attacks in Nigeria, most foreign countries have warned their citizens not to visit Nigeria.