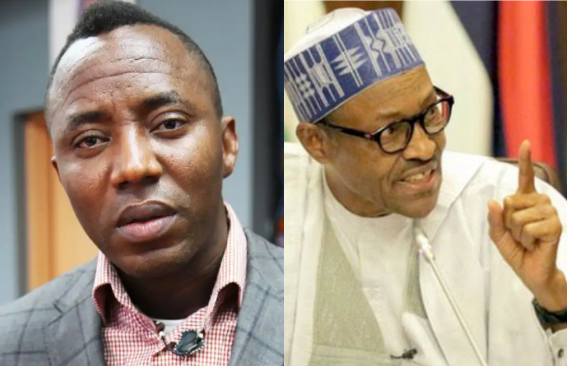 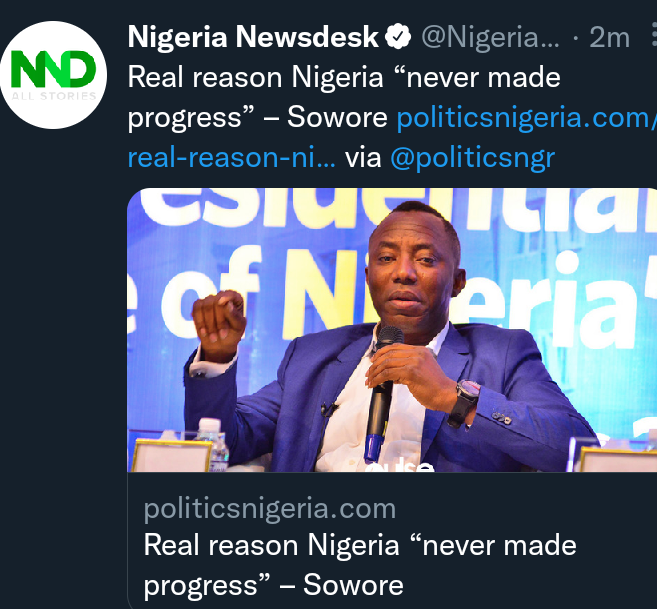 Omoyele Sowore, the presidential candidate of the African Action Congress (AAC) has said Nigeria “never made progress” because the same person who was Minister of Petroleum Resources 46 years ago, is also overseeing the Ministry at the moment.

POLITICS NIGERIA reports that Sowore linked the development to the persistent fuel scarcity in the country.

Meanwhile, Nigerians are groaning as the queuing at the filing stations for Premium Motor Spirit (PMS) persisted in several states, with many of the filling stations not open for business.

Many of the fuel stations are under lock and key while the few ones who are selling the product were filled up with queues of vehicles. 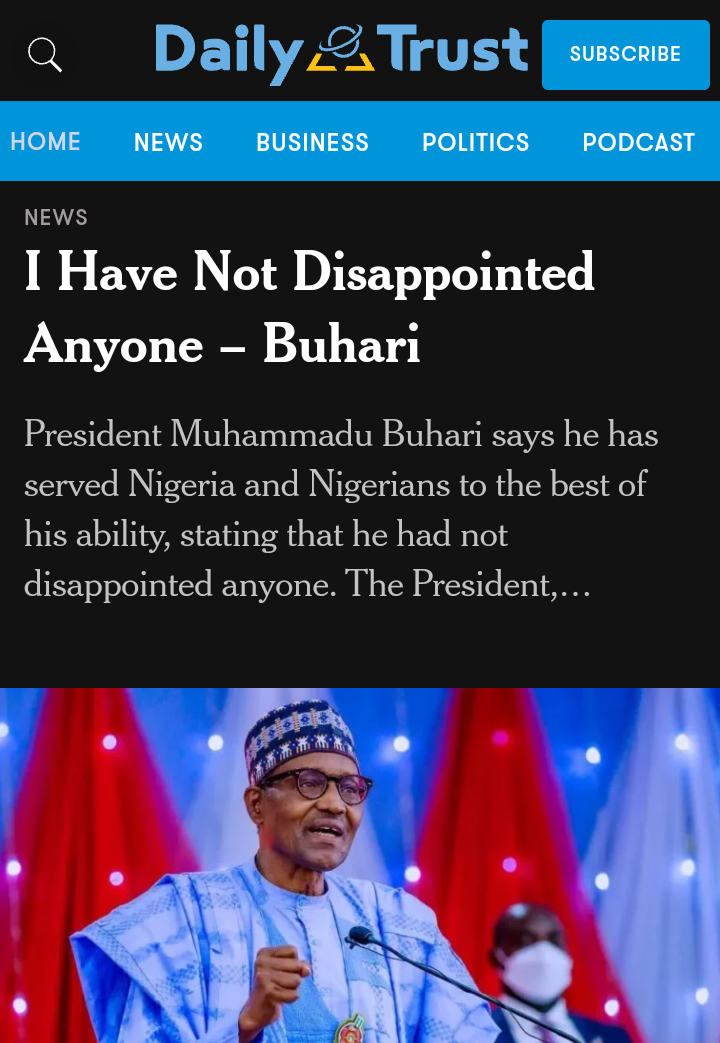 President Muhammadu Buhari says he has served Nigeria and Nigerians to the best of his ability, stating that he had not disappointed anyone.

The President, who was in Bauchi in continuation of the All Progressives Congress (APC) Presidential and Gubernatorial Campaign rallies, spoke during his courtesy call on the Emir of Bauchi, His Royal Highness (Dr) Rilwanu Suleiman Adamu.

Buhari, who acknowledged the warm reception accorded him and the continued show of love by Nigerians, said the huge crowd that welcomed him wherever he went was a demonstration of genuine love and loyalty.

“I normally call on Emirs and Chiefs, whether on political or personal tours to States to show my gratitude.” 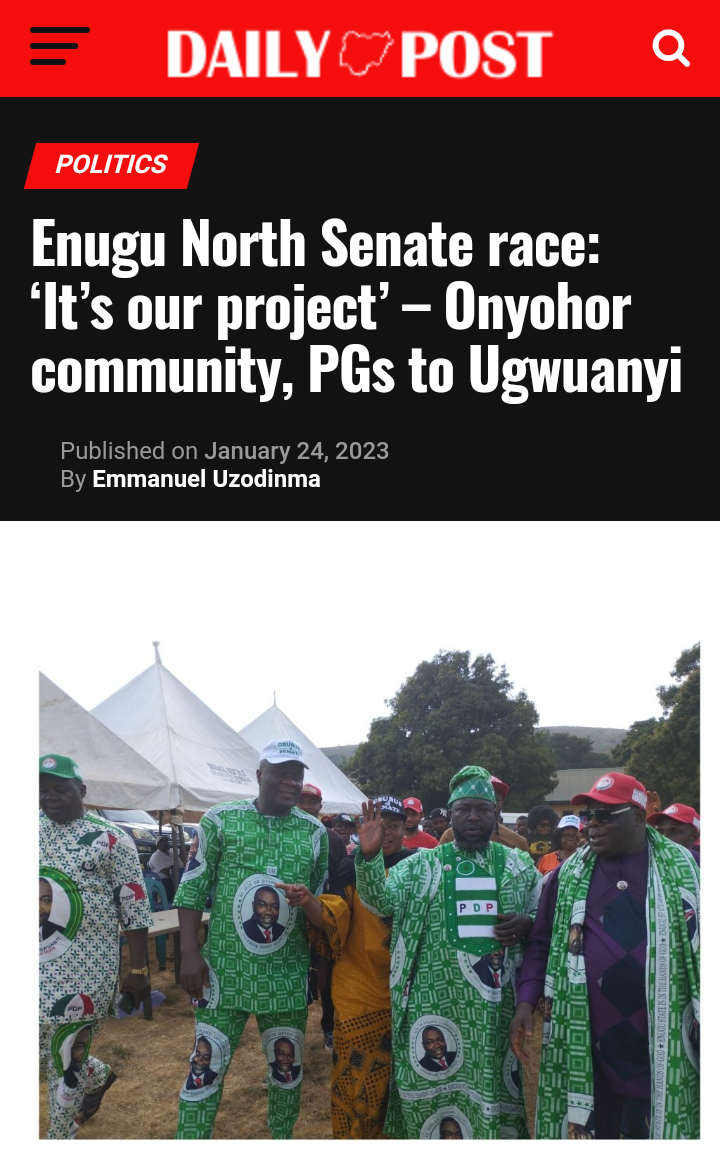 The people of Onyohor community in Igbo-Etiti Local Government Area of Enugu State have assured Governor Ifeanyi Ugwuanyi of their total support ahead of the 2023 general elections.

Speaking when the Enugu North Senatorial Zone PDP Campaign Council visited the area, the various speakers described the governor as a friend of the community.

They lauded the Ugwuanyi administration for the first ever intervention work on the community’s road, appealing for an extension of the project.

Only Aregbesola Can Decide Our Political Direction–Osun APC Group 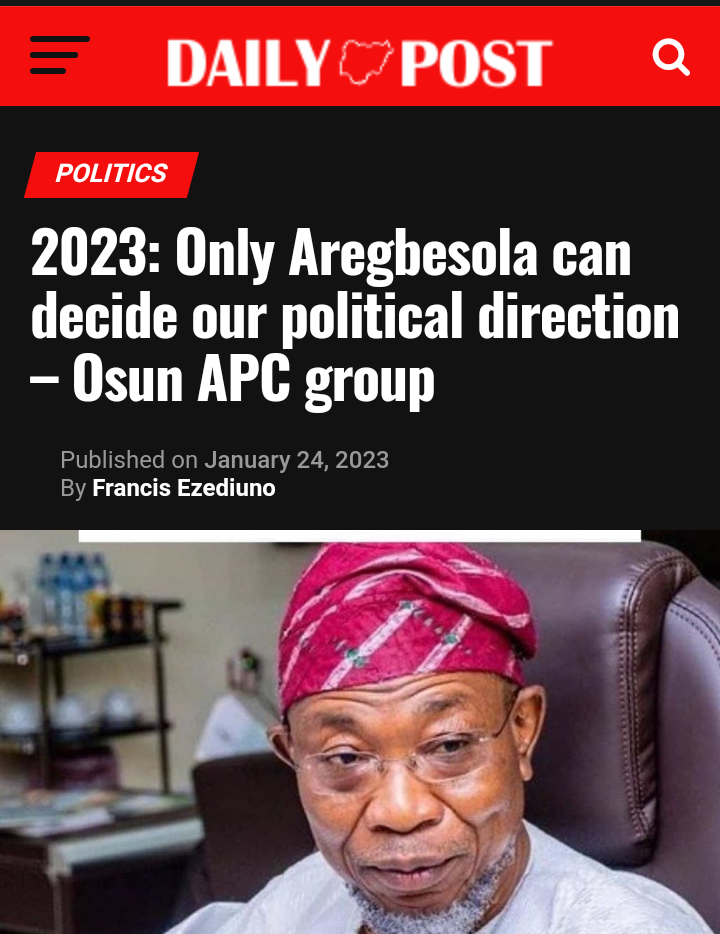 A group within the Osun All Progressives Congress, (APC) Osun State, Blue Movement have revealed that only Rauf Aregbesola, a former governor of the State can ask his followers to join the campaign train of the party for the coming general elections.

The group also revealed that it was still awaiting a directive from Aregbesola, Minister of Interior, whether to join the presidential campaign train in the State, since there is no official invitation from the leadership of the party.

Speaking at the weekly stakeholders’ meeting of Blue Movement in Osogbo/Olorunda local governments, the group’s Coordinator, Wale Alabi, said they remained the core members of APC in the State.

Content created and supplied by: PrinceAI (via Opera
News )