We Have The Evidence, Tinubu Is Not A Frug Baron. We Will Prosecute Atiku After Elections -FFK 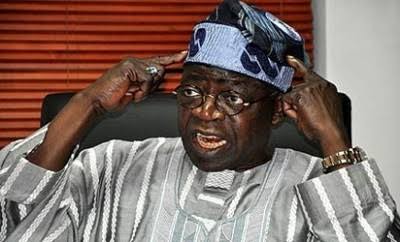 The director new media of the Bola Ahmed Tinubu presidential campaign and former minister of aviation, Femi Fani Kayode has stated that they have evidence of Tinubu’s health and vindication from the news of his involvement in drug trafficking peddled by the opposition Peoples Democratic Party.

FFK made this claim while speaking during an interview with Seun on Channels Television, where he referred to Atiku as a non-binary. He went on to say that they (the APC) will pursue the matter to the latter when they win the seat of power in the coming elections.

“Nigerians are sensible people, decent people, who know when rubbish is being spoken to them. There’s actually no basis of these allegations. It’s childish and I believe no Nigerian will take the allegations of a non-binary individual and crook making unfounded allegations against someone else. We will defeat PDP roundly and squarely at the polls and after that we will pursue this case against this man . Nigerians should believe the evidence. We have the evidence and we’ve presented it before you. Tinubu is not a drug lord and he did not steal money.”

Recall that Melaye and some other members of the PDP PCC had recently called on the EFCC to search Tinubu’s House, calling him covertly corrupt and a drug baron.

Content created and supplied by: JennDaniels (via Opera
News )