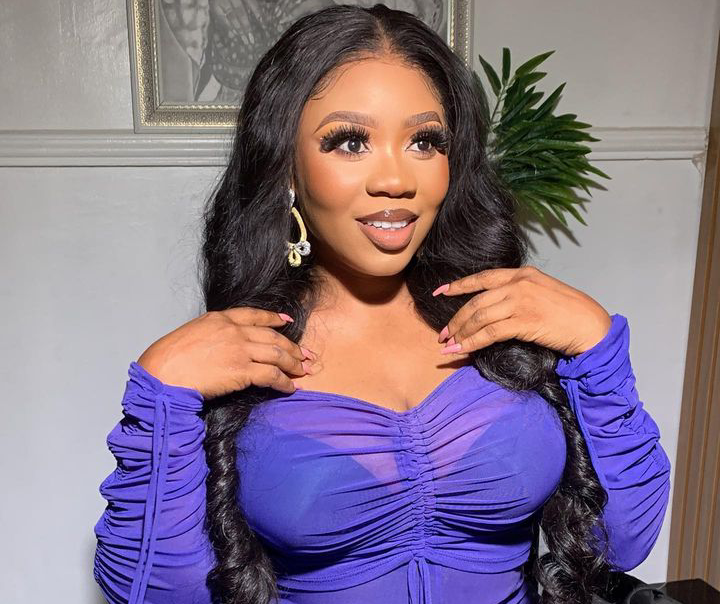 Popular actress and entrepreneur, Wumi Toriola has taken to her verified Instagram handle to officially announced that her marriage of 4 years has ended. This confirms the reports that popular faceless blogger, Gistlover posted on its page some weeks ago.

Wumi said there has been a lot of media attention on her lately regarding her marriage, adding that it’s true that her marriage is over. She noted that they have gone their separate ways for over a year, adding that it didn’t work out and there was no need for drama hence her reason for not letting her fans know.

However, she opened up about her failed marriage today because of the lies she heard about her. She said yesterday she saw a report that alleged that she was violent in her marriage and used to beat her mother and mother-in-law, adding that they are all lies.

She affirms that she’s not a violent person and has not exchanged punches with anyone and she was never violent in her marriage. She wish those spreading the rumors well and prayed that God rewards everyone according to their deeds.

In conclusion, she stated that she’s currently focused on the next level and has moved on from the past. 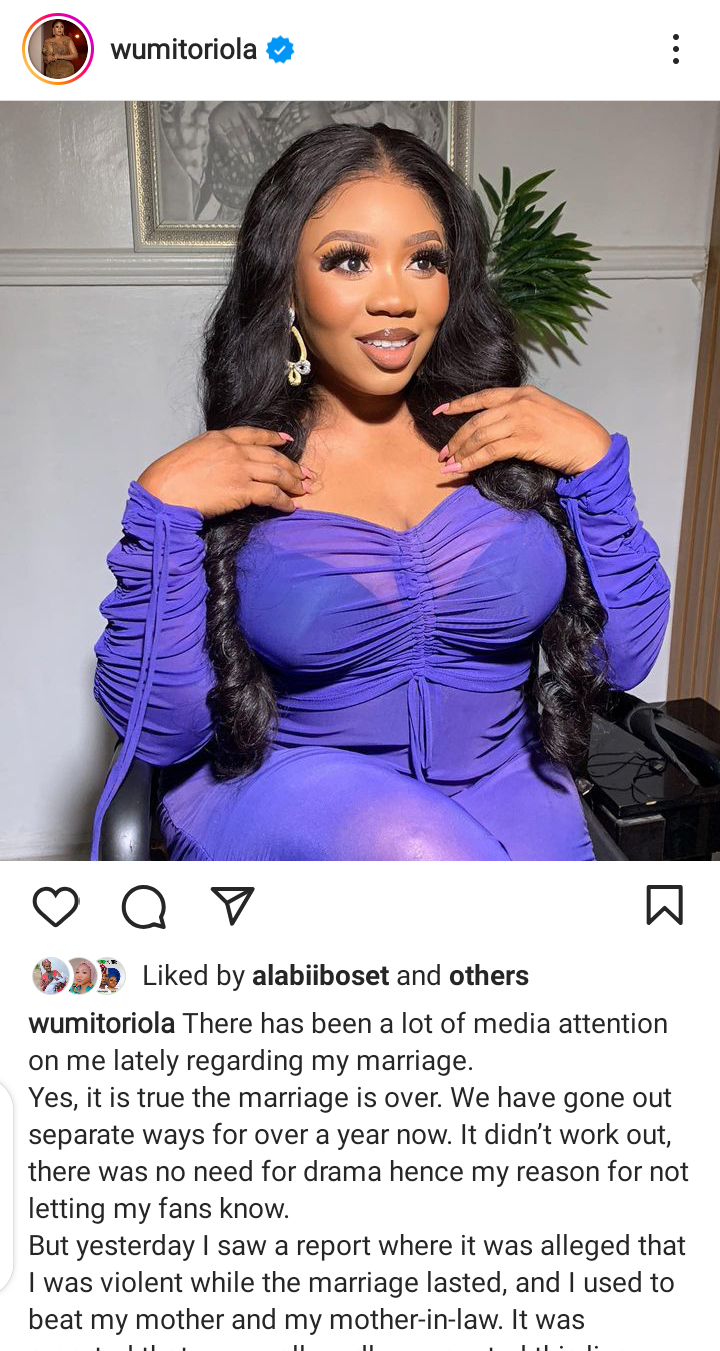 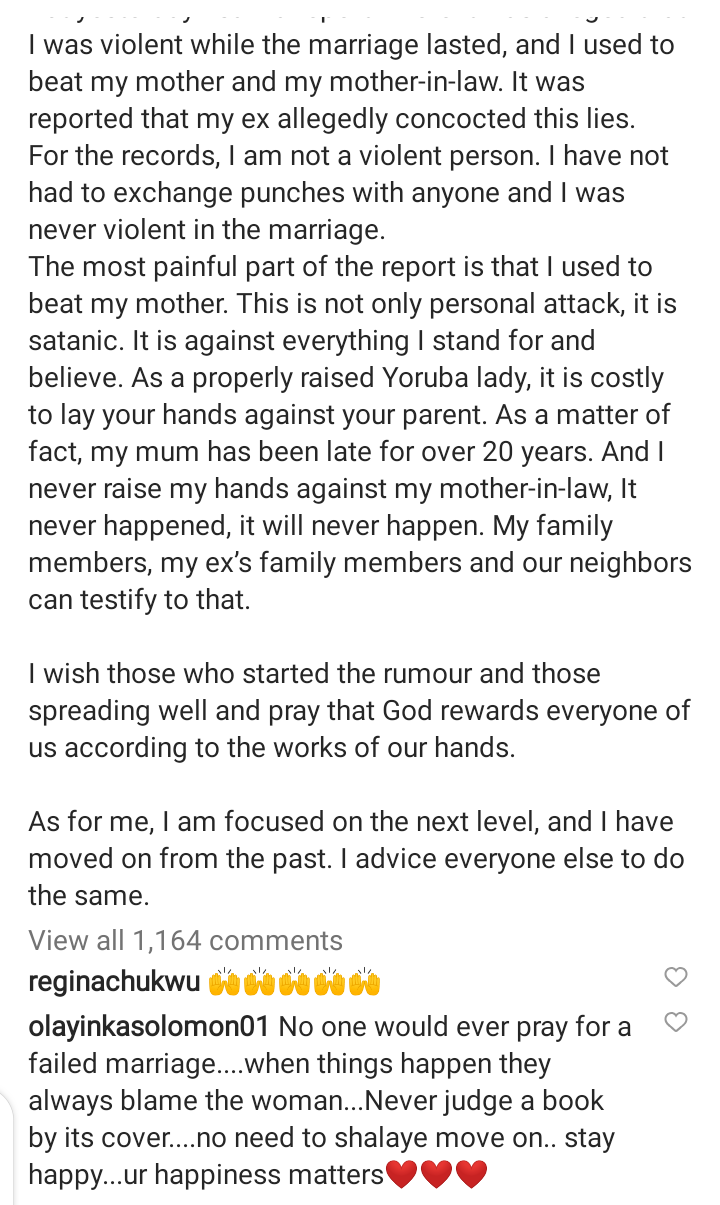 Content created and supplied by: EssienAkpan (via Opera
News )