Being Homosexual Is Not A Crime But A Sin- Pope Francis 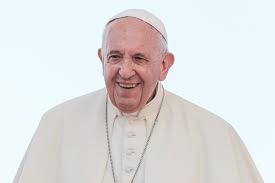 Homosexuality has been slowly gaining ground in the western world, but in Africa, this act is frowned upon and termed an abomination, perhaps due to our cultural beliefs. In Nigeria, an homosexual can land him or herself in prison if nabbed by the authorities.

However, during an exclusive interview with the associated press, Pope Francis, the head of the Catholic Church, criticised laws criminalizing homosexuals. The pope called such laws “unjust,” noting that God loves all his children, whether homosexuals or not.

He said, “Being homosexual isn’t a crime,” but a sin. The pope called on Catholic bishops who support anti-gay laws to welcome homosexuals into the church. He attributed homosexuality to cultural backgrounds and stated that bishops supporting anti-gay laws need to undergo a process of change to recognize the dignity of everyone.

This information has sparked mixed reactions. What do you think of the pope’s statement?

Content created and supplied by: Euphoric (via Opera
News )