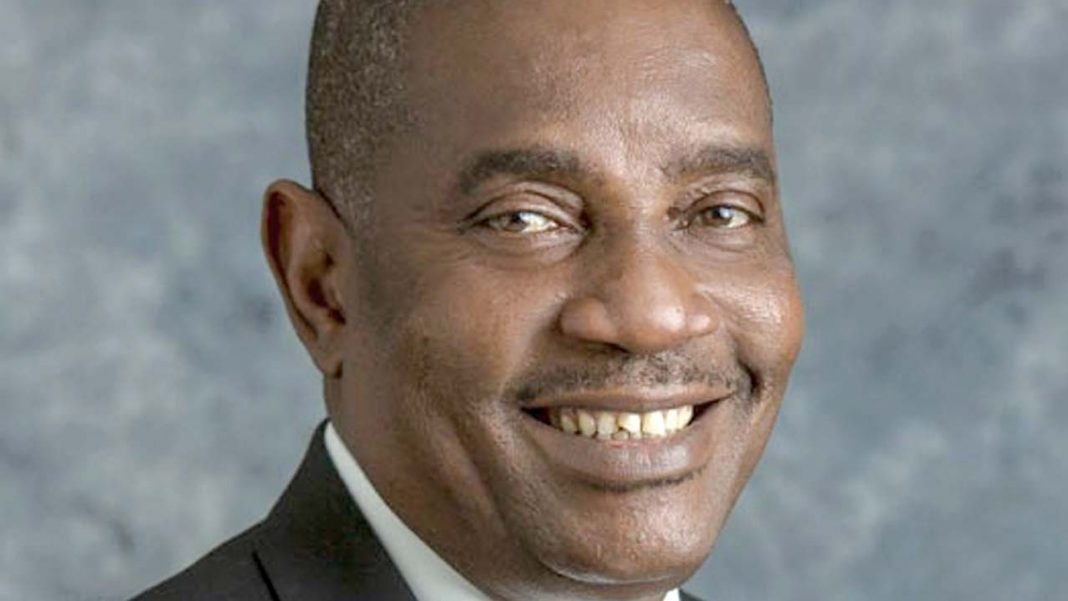 Amid ongoing face-off between the Inspector General of Police (IGP), Usman Alkali Baba and the Police Service Commission (PSC) over the tenure elongation of Baba, President Muhammadu Buhari, yesterday, forwarded the name of former IGP, Solomon Arase to the Senate for confirmation as the new PSC Chairman.

The President, in a letter to the Senate, which was read on the floor of the Red Chamber by its President, Ahmad Lawan, said the appointment is in accordance with the provision of section 154 (1) of the 1999 Constitution as amended.

Arase, if confirmed by the Senate, will replace the former chairman of the commission, Musliu Smith, as a substantive chairman.

This development is coming as the PSC, yesterday, ordered all police officers who are due for retirement to proceed immediately without further delay, saying “there is an institutional succession plan in the Nigeria Police Force.”

The commission, through its spokesman, Ikechukwu Ani, on Tuesday, maintained that there can never be any leadership vacuum in the force if anybody retires.

It insisted that it is the statutory government executive body with the constitutional mandate to recruit, promote, dismiss and exercise disciplinary control over persons holding offices in the force, apart from the Inspector General of Police.

Ani told reporters that the decision was taken after an emergency meeting held by the management of the Commission with a view to resolving current brouhaha on tenure elongation for the IGP, Baba .

“The Commission took a decision that it will not extend the tenures of the retiring senior police officers,” Ani said though he didn’t include in the statement the IGP, who will attain the retirement age of 60 years in March 2023.

Over the past weeks, there have been concerns that some senior police officers would soon be due for retirement in line with the public service rule.

The retirement age for public service officials is 60 years or after 35 years in service.

The concerns about the expected retirement of some senior police officers were heightened owing to speculations that it might disrupt security plans for the February and March polls.

While answering questions from journalists on the expected retirement of the IGP last week, Minister of Police Affairs, Mohammed Dingyadi, said the appointment of Baba was based on a four-year tenure in line with provisions of the Police Act of 2020.

“I don’t know where you got your record, but by the provision of the Police Act 2020, the IGP is supposed to have a tenure of four years and Mr President has given him a letter of appointment in that regard,” Dingyadi had said.

Baba was appointed in April 2021 by President Buhari. Based on the profile of the IGP, he will be 60 years old on March 1, and on March 15, he would have spent 35 years in the police service.

The appointment and dismissal of the IGP are subject to the powers of the President, while that of other police officers are under the purview of the PSC.

But the PSC yesterday reiterated: “The Commission has watched with keen interest the conversation in the media on whether retiring senior police officers’ tenure should be elongated or not and whether such retirements would affect the 2023 election security.

“Rising from a Management Meeting on Monday, January 23, in Abuja, the Commission said the ongoing campaign for the extension of the tenures of some Deputy Inspectors General (DIGs), Assistant Inspectors General (AIGs), Commissioners, (CPs) and other senior Police Officers was an unnecessary distraction and an affront on all the existing laws in the country guiding entry and exit in the public service.

“The Commission took a decision that it will not extend the tenures of the retiring senior Police Officers, stressing that even when requested, it cannot do so as it is against all existing laws, Police Act, Police Service Commission Act and the Constitution of the Federal Republic of Nigeria.

“It noted that the police have capable men and women who should be encouraged to step into the vacancies that would be created by the exiting officers. It assured Nigerians that there is an institutional succession plan in the Nigeria Police Force, especially with the current injection of 10,000 Constables and several other thousands of cadet ASPs from the Police Academy every year.”

The Human Rights Writers Association of Nigeria (HURIWA), on Tuesday, alleged that the nomination of Arase as PSC Chairman was facilitated by IGP Baba and the Attorney General of the Federation (AGF), Abubakar Malami (SAN), to forestall moves by PSC Commissioners to defend the constitutional independence of the Commission.

HURIWA’s National Coordinator, Comrade Emmanuel Onwubiko, in a statement, disclosed that sources in the Presidency informed the organisation few weeks back that the IGP and AGF were pushing Arase as successor to Smith who was forced out of the Commission by the staff union of the PSC that accused him of betraying the Commission and making the otherwise constitutionally independent agency to become an extension of the Office of the IGP.

The union had resisted attempts by the IGP to take over the powers and functions of the PSC such as appointments and enlistment of constables, amongst a few other mandates.

HURIWA said the PSC had in a very recent letter to IGP Baba, leaked to the media, decried the recent posting of the Commissioner of Police for the Federal Capital Territory (FCT) without its notification.