End Of An Era For Ex-Powerful CS Who Had Defied Raila To Support Uhuru? 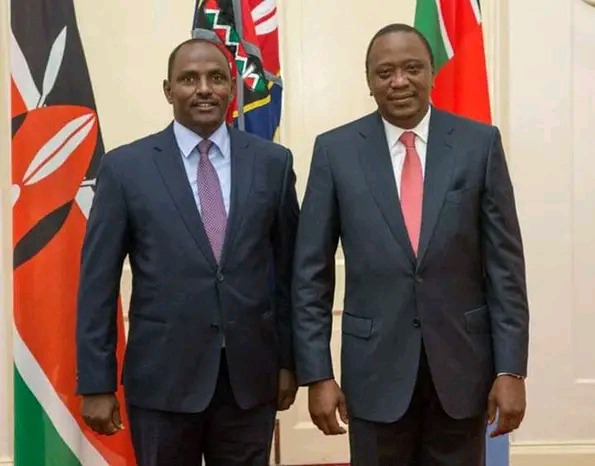 Ukur Yattani emerged from the humiliating election defeat in 2007 to win the Marsabit Governor seat in 2013 on an ODM party ticket.

Even though he lost his MP seat in 2007, he was appointed by the then President Mwai Kibaki as Kenya’s Ambassador to Vienna, Austria.

Having won the Governor seat on an ODM party ticket, Yattani gravitated to the then President Uhuru Kenyatta axis in the run up to the 2017 general election.

While defending his seat on a Jubilee Party ticket, he lost to Mohamud Ali. His miscalculated move to defy former Prime Minister Raila Odinga for Uhuru had let him down.

But Uhuru would later come to his rescue when he was appointed as Labour Cabinet Secretary. Later, he was moved to the powerful finance ministry following the firing of Henry Rotich.

In 2022, he backed Raila’s State House bid which he lost to William Ruto. But having been kicked out of government and succeeded by Prof. Njuguna Ndung’u, what next for Yattani? Is this the end of the road for him?

Content created and supplied by: LarryKatana (via Opera
News )