Gombe: How The Crowd Reacted The Moment Obi & Datti Was Invited To Speak At The women Townhall 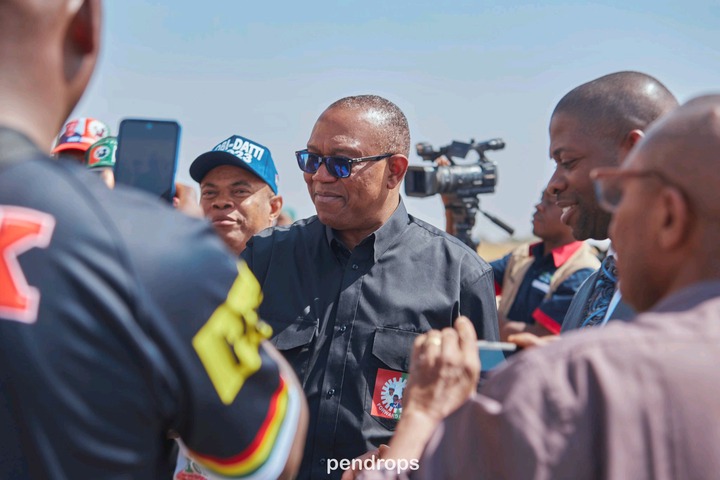 The Labour Party’s presidential candidate and former governor of Anambra state, Mr. Peter obi, and his running mate, Datti Baba Ahmed, addressed a rally for the election on Wednesday in Gombe State. But prior to the presidential campaign rally, he spoke about how he would improve national security at an interactive session with women at the Women’s Townhall meeting.

However, there was a commotion in the audience when Labour Party presidential candidate Peter obi and his running mate, Datti Baba Ahmed, were asked to speak. Peter Obi told the people to sit down after they stood as the presidential candidate approached the podium. In a video that has appeared online, this was witnessed. 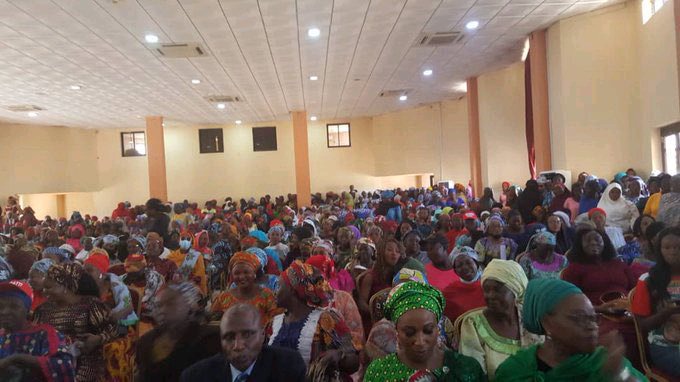 Recall, The reported attack on Peter Obi’s campaign bus after a rally in Katsina on Monday has been denounced by the Obi-Datti Presidential Campaign Council.

The campaign team claims that the aforementioned attack happened after Obi held a townhall meeting with women and a rally at the Muhammad Dikko Stadium.

According to The PUNCH, Obi brought his campaign to Katsina, where he pledged to address issues unemployment, insecurity, and hunger.

If elected, Obi and his campaign team, which included his running mate, Datti Baba- Ahmed, promised the crowd that they would do everything in their power to serve the nation. 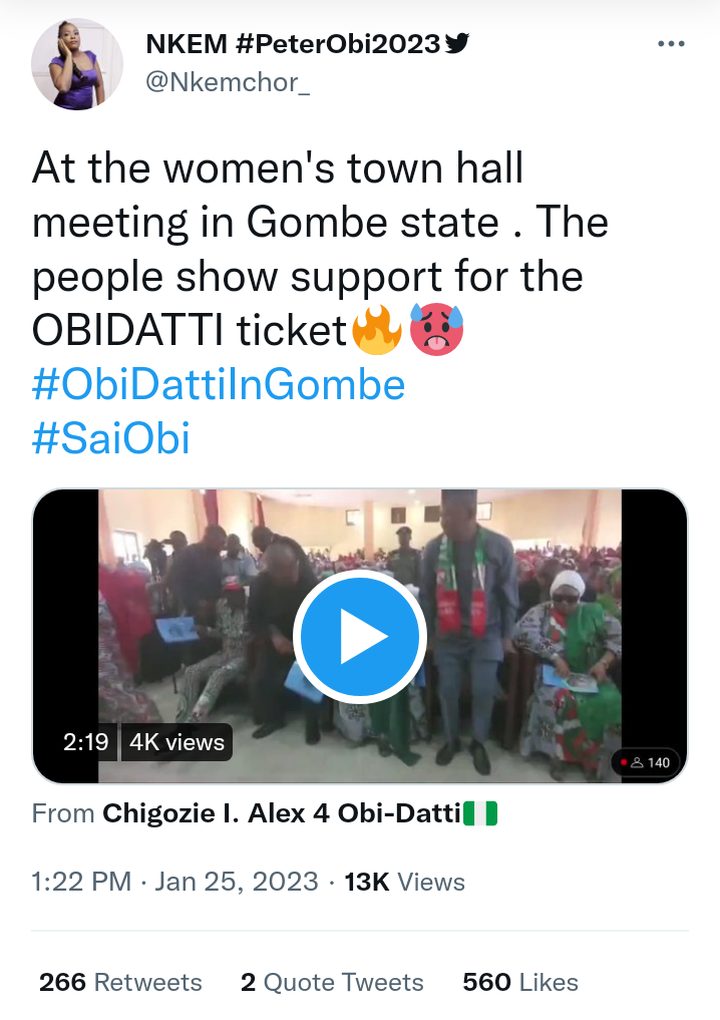 Use link below to watch the video:

At the women's town hall meeting in Gombe state . The people show support for the OBIDATTI ticket🔥🥵#ObiDattiInGombe#SaiObipic.twitter.com/dmcWLm73Kk

Content created and supplied by: Jamila123 (via Opera
News )