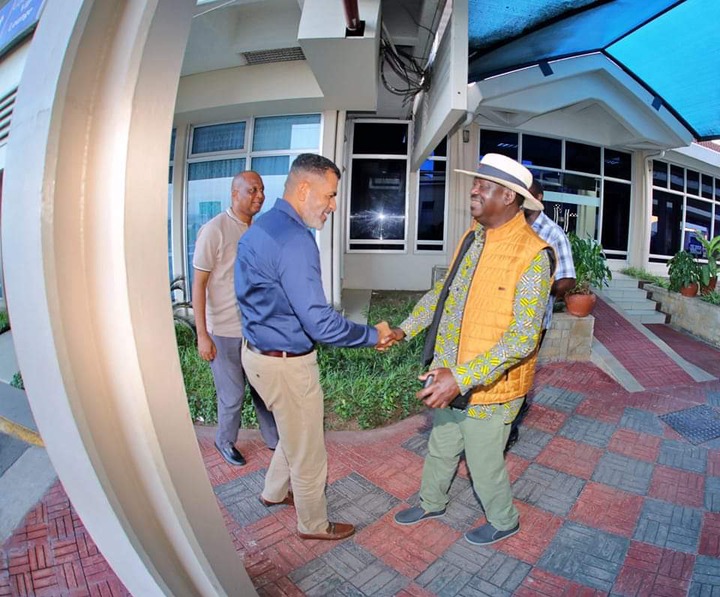 Two Azimio la umoja One Kenya coalition party governors, one from Raila Odinga’s orange democratic movement (ODM) party and the other one from Wiper party have told off Azimio party leader Raila Odinga over his recent pronouncement.

In an interview with The Star, Mombasa county governor Abdulswamad Nassir issued a reminder to Raila Odinga that Dr William Ruto is the legitimate president of the republic of Kenya.

“Dr William Ruto is the one managing our taxes. He is the one signing laws. Who else does that?” the county boss posed before adding that “Politics and development are two different things. As it stands, constitutionally, Ruto is the President.”

Makueni county governor Mutula Kilonzo also told off the ODM leader over his call for Azimio leaders to treat Ruto’s regime as illegitimate.

“We will obviously ignore it. We are treating the statement as political, not legal. Ideally, if such statement were to be made, they should have done it before swearing-in,” he said.

On the other hand, ODM party secretary general Edwin sifuna made a firm stand and declared that president William Ruto’s government is now in office illegitimately and that the coalition no longer recognizes it. 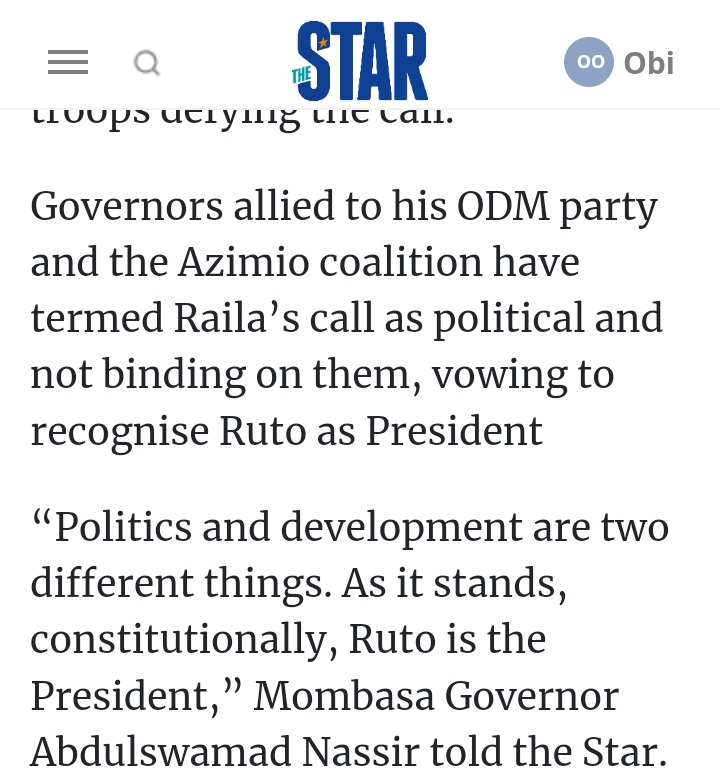 “The position has now changed in the light of the new evidence that Ruto is in fact in office illegitimately,” he said.

Content created and supplied by: Gotto (via Opera
News )