How Real Madrid could lineup without Karim Benzema and Luka Modric 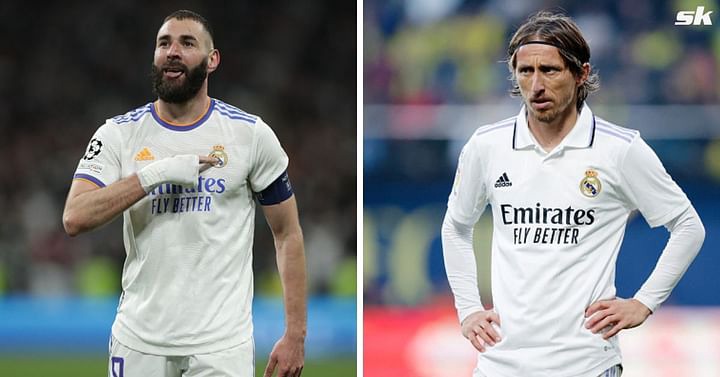 Real Madrid is undoubtedly one of the most successful clubs in the world, having won the Champions League 14 times and La Liga 35 times. The club also boasts two of the most talented players in the world in Karim Benzema and Luka Modric, who are both set to run out of contracts at the end of the season. With their impending departure, the Madridstas will have to cope with a large hole in their squad, but are nonetheless capable of putting together a formidable side capable of competing for trophies.

Without Benzema and Modric, Madrid will have to rely heavily on their existing attacking options, such as Rodrygo Goes, Vinicius Junior, and Marco Asensio. Hazard has had an injury-plagued season and will need to step up in order to replace the goals, creativity, and leadership of Benzema. Vincius Jnior has already established himself as one of the most exciting attacking talents in world football and will be expected to take on a more central role in the attack. Asensio, who has been linked with a move away from Madrid, will also need to play a more decisive role in the attacking third.

In midfield, Federico Valverde and Aurelien Tchouameni are likely to remain key players. Valverde will be expected to provide the creative spark in midfield and offer the team a more attacking dimension, while Tchouameni will need to continue his defensive duties and provide the team with a solid base. Madrid could also turn to youngster Sergio Arribas, who has impressed in recent seasons and is more than capable of playing an important role in the team.

Eder Militao and David Alaba will be expected to continue their defensive partnership and be the focal points of the team’s defense.

Finally, in goal, Thibaut Courtois is likely to remain as the team’s first choice goalkeeper. The Belgian has been in impressive form this season and will be expected to continue his impressive displays in the absence of Benzema and Modric.

Real Madrid may have a big hole to fill in their squad, but they are still more than capable of putting together a competitive side that can challenge for trophies. With the right combination of experienced players and promising youngsters, the Madridstas can still be a force to be reckoned with.

Content created and supplied by: Imjohn (via Opera
News )