Lawyer Miguna Mourns The Death Of Prof Magoha, Describes Him A Genuine Luopean, Competent And Proud 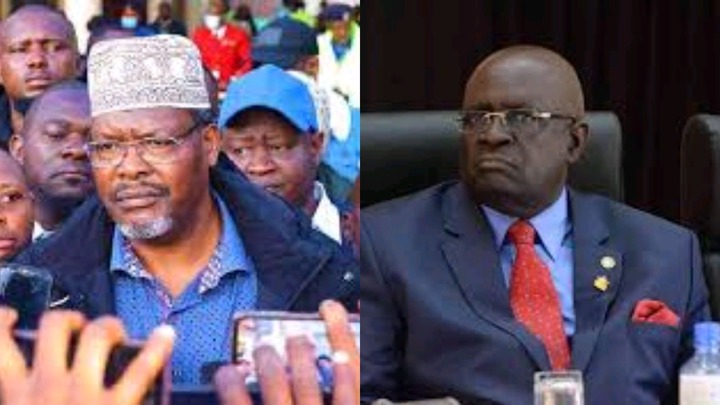 In his social media post, Miguna described the late and former Education Cabinet Secretary as a genuine Luopean who was disciplined, scholarly, competent and proud.

“I have learnt of the sudden passing of Prof. Magoha with consternation. Prof. Magoha was a genuine Luopean: disciplined, scholarly, competent and proud.” He said.

“His starling performance as CS Education and especially on the management of national exams is unmatched.Rest In Peace Prof.” Miguna added.

Magoha died at the Nairobi Hospital today, January 24, at around 5:30pm. 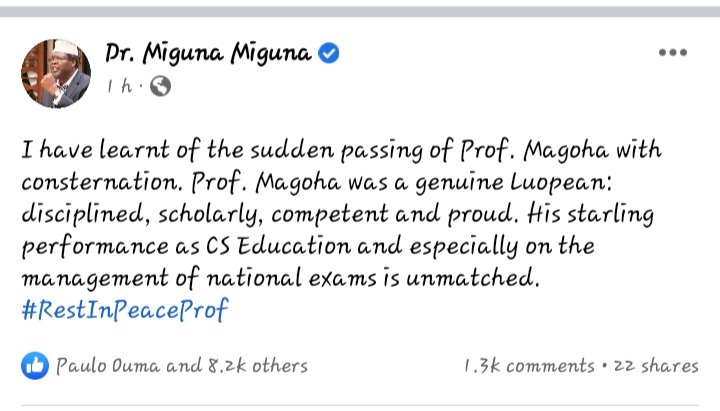 He had been rushed to the facility after he collapsed at his Nairobi home at around 5pm.

Magoha served as the CS for Education until his replacement by Ezekiel Machogu in President William Ruto’s administration on October 27, 2022.

Content created and supplied by: allay (via Opera
News )