Yahoo Boys Are Thieves, Internet Fraud Is Not A Job – Digital Marketer Says » 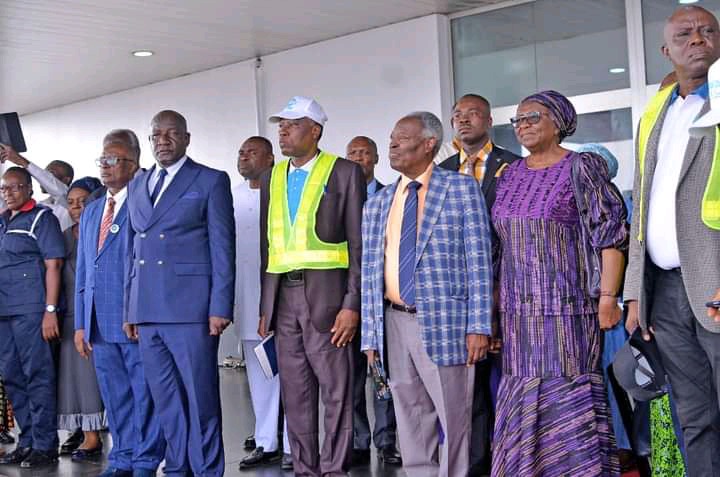 The Founder and General Superintendent of the Deeper Christian Life Ministry, Pastor William Folorunso Kumuyi and his wife, Esther Folashade Kumuyi are currently in Delta State ahead of a Global Crusade organised by the Deeper Life Bible Church.

After arriving Delta State on Wednesday ahead of his Global Crusade in the state, Pastor Kumuyi and his beautiful wife then visited the Delta State Government House, where they were hosted by the current governor of Delta State, Ifeanyichukwu Arthur Okowa who is the Vice Presidential candidate of the People’s Democratic party (PDP) for the forthcoming Presidential Election. 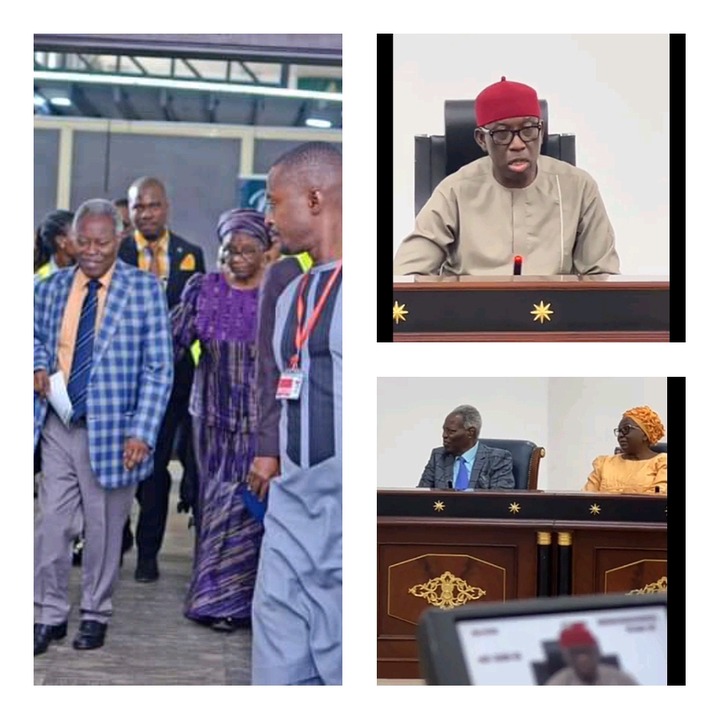 During the visitation, the Man of God, Pastor William Folorunso Kumuyi used the opportunity to invite him and all those present for his global Crusade. 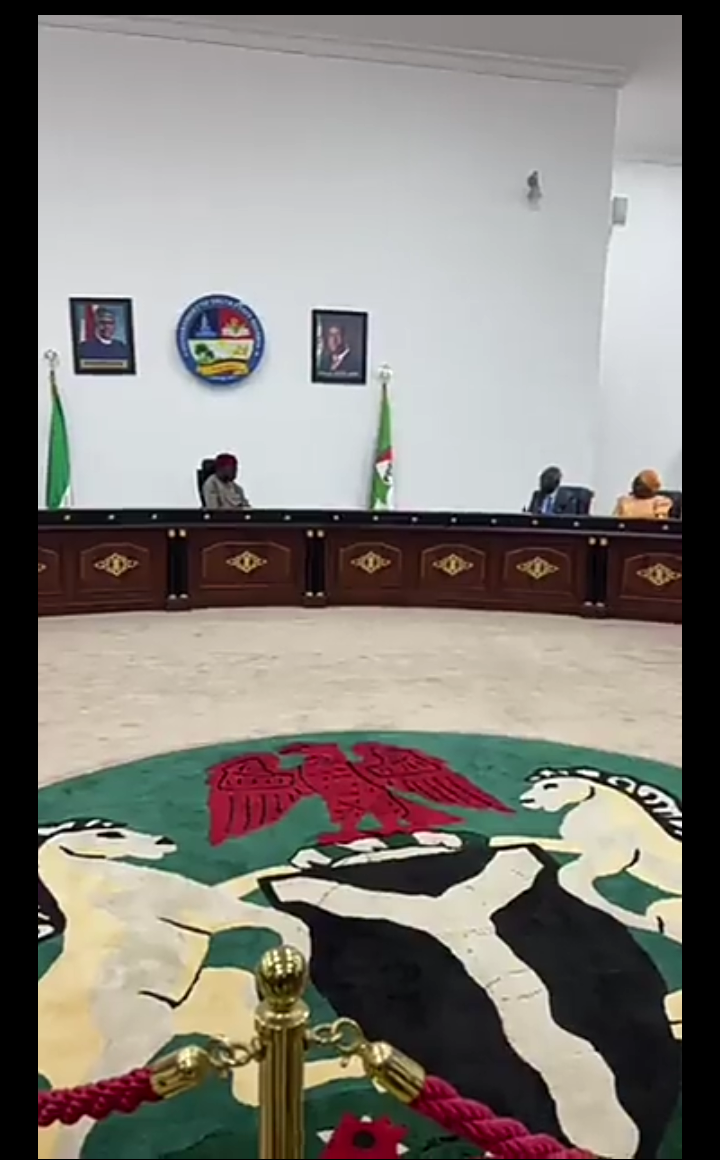 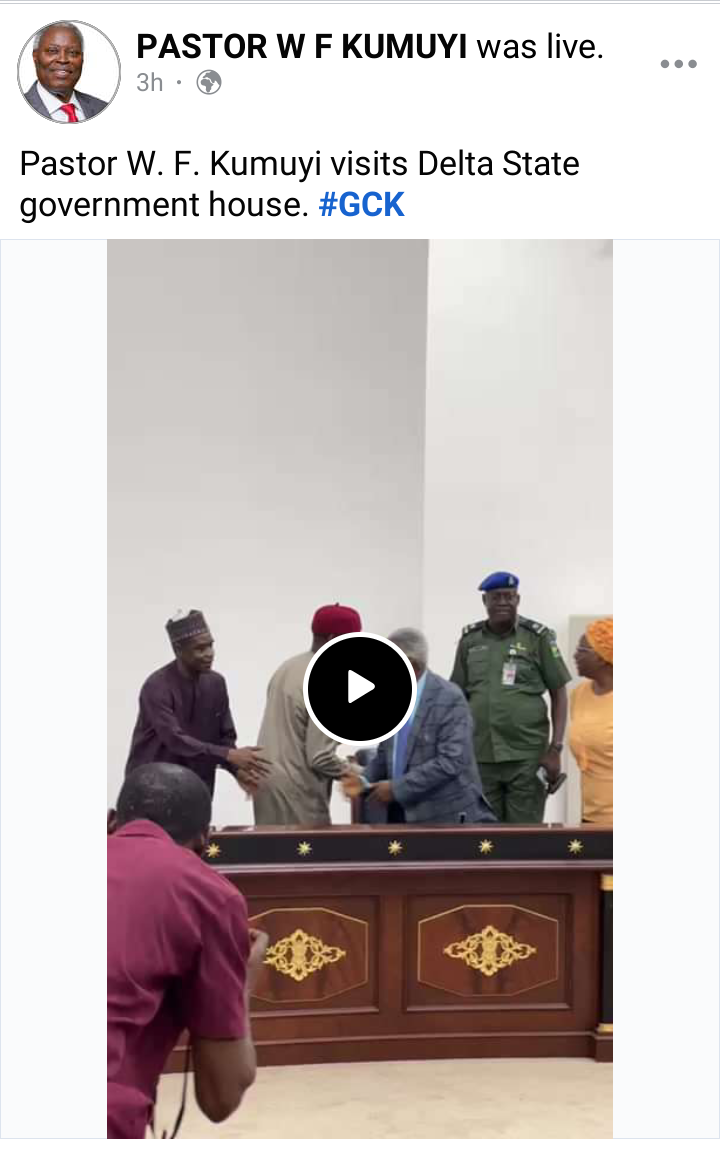 This Facebook post from Pastor Kumuyi sharing a short video of his visitation to the Delta State Government House ahead of his global Crusade has attracted reactions from members and social media users, as some have welcomed him, while some have prayed for him.

Here are some screenshots of reactions: 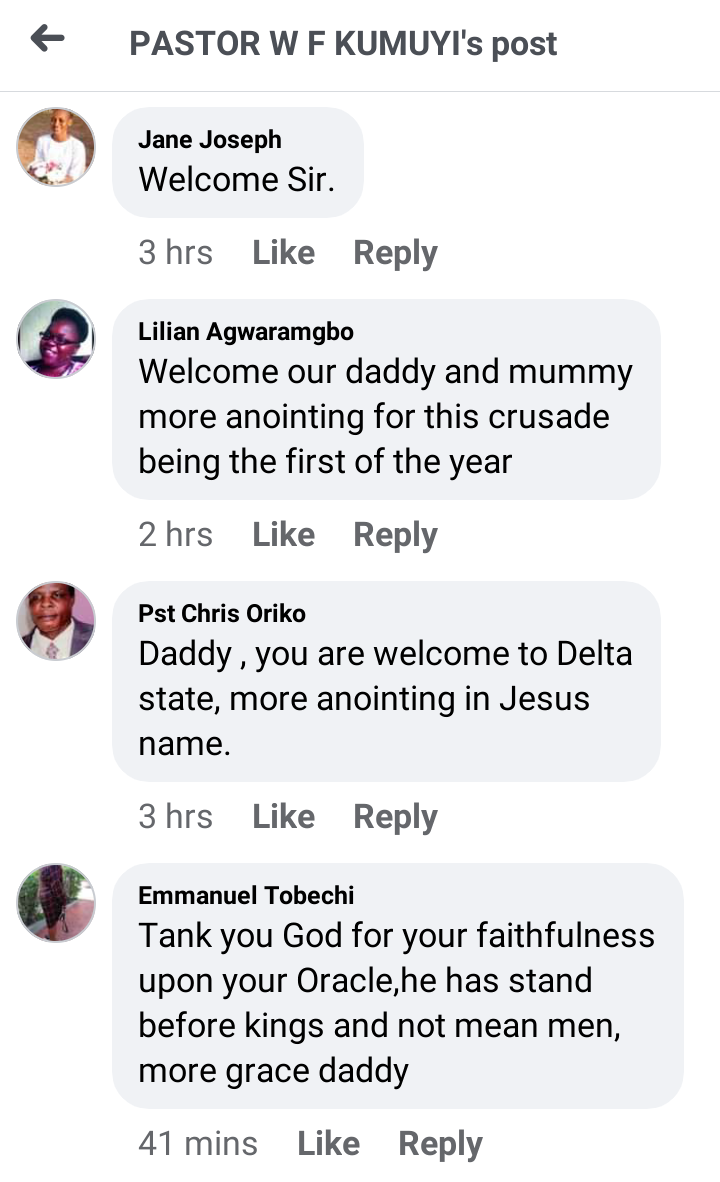 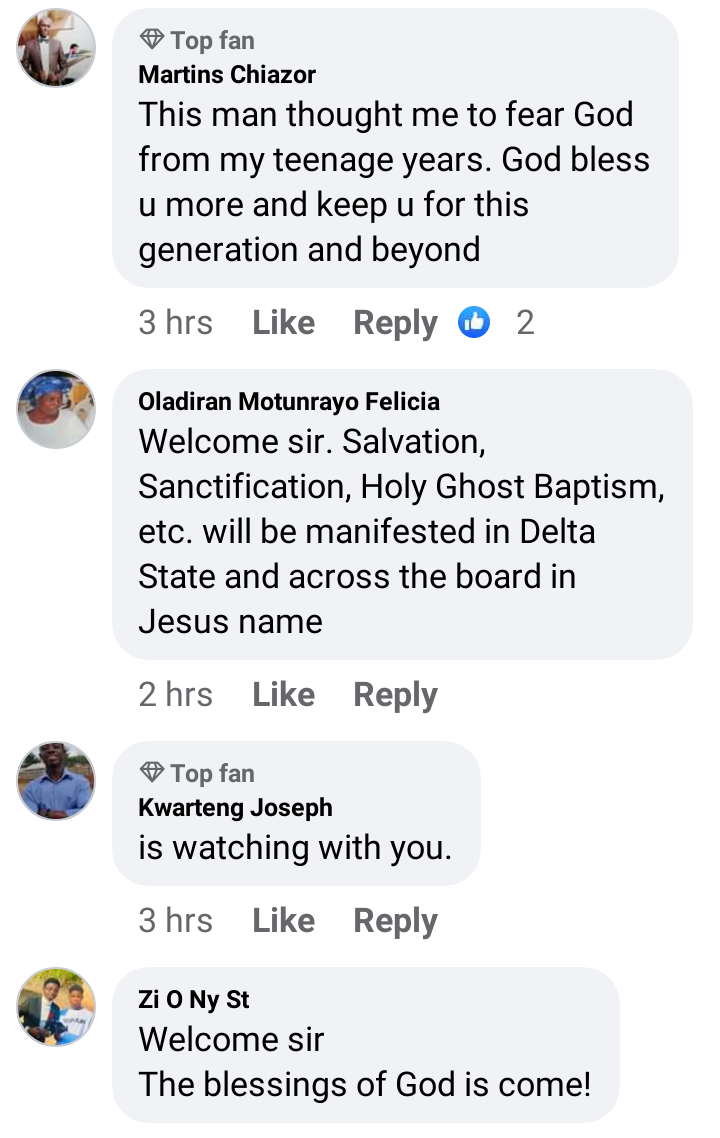 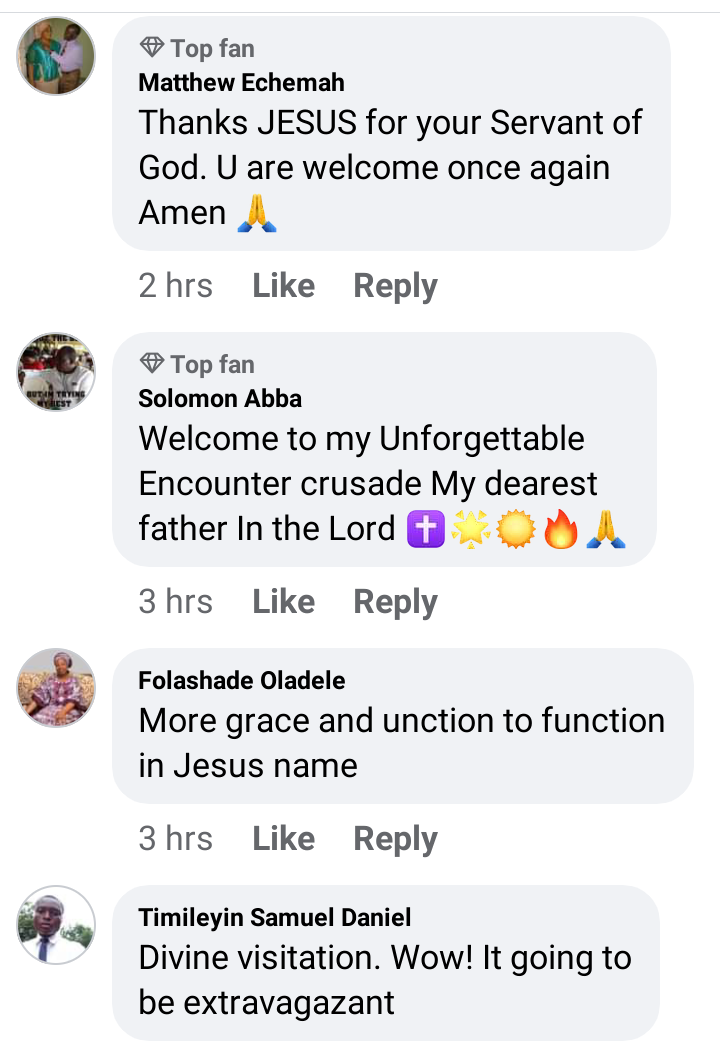 Drop your take on this.

Content created and supplied by: Gwin4real (via Opera
News )

Yahoo Boys Are Thieves, Internet Fraud Is Not A Job – Digital Marketer Says »

Top 10 Most Expensive Signings In The English Premier League History