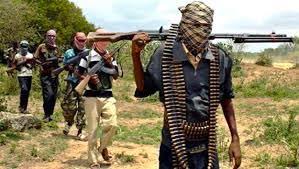 The firing of rocket-propelled grenades by gunmen believed to be terrorists on Tuesday towards Birnin Magaji town, the administrative centre of Zamfara state in northwest Nigeria, caused panic, according to the Daily Trust. The turbulent Batsari local council area of neighbouring Katsina state and the Birnin Magaji local government district are separated by a shared border. The local government region has been a hub for banditry, which is primarily carried out by the thugs of Dankarami and one Ardo Nashawari. The armed bandits had earlier attacked some farmers tending to their lands barely a kilometre east of the town, according to a vigilante leader reported in the publication.

Our well-known vigilante gang mobilized and pursued the farmers as they managed to flee unharmed. Immediately, a gunfight broke out. Once they discovered that the vigilantes would not relent in their fight, the armed criminals called for reinforcements. When an armed motorcycle gang approached, they started throwing grenades in our direction right away. The target was missed by the grenades that were fired. Nearby a stream, one of them burst, leaving a sizable crater. “The attack failed to result in any fatalities or serious injuries, and the attackers were forced to flee. We vigilantes have made it a habit to equip ourselves and fortify our community because we know that bandits can attack at any time and on any day. The other undetonated explosives were found the following day and taken to the emir’s palace for evaluation before being delivered to the proper authorities, According to the vigilante.

Content created and supplied by: Biom7 (via Opera
News )