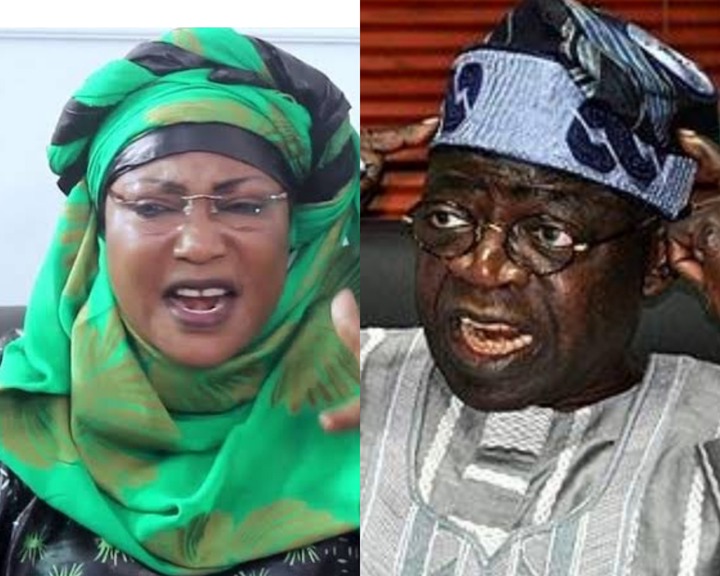 Naja’atu Mohammed who reportedly resigned from her position as the Director of Civil Society Directorate in the APC Presidential Campaign Council, has disclosed a conversation she had with Bola Tinubu in London.

Speaking in an interview with AIT News, Naja’atu said before she accepted to be a member of Tinubu’s presidential campaign council, she insisted on having a conversation with Tinubu to know his plans for solving the problems in Nigeria as a whole and the northern part of the country in particular.

According to Naja’atu, Tinubu invited her to meet with him in London and when she got there, she asked him to tell her what his agenda or blueprint for the north was and to her surprise, Tinubu told her he had nothing. She said when she asked Tinubu why said he had nothing for the north, Tinubu told her that he would be stepping on the toes of a lot of people who may even kill him if he came out with his blueprint or plan for the north before winning the presidential election. She added that Tinubu assured her that he would make a blueprint on how to solve the problems in the north if he becomes president. 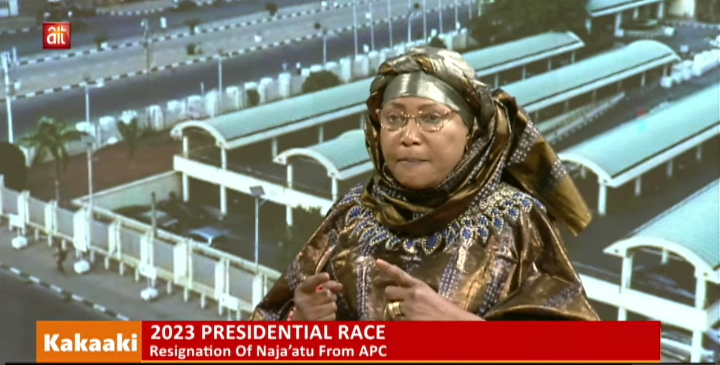 In Naja’atu’s exact words: “I want to take you first to how I even went into the campaign trail. I was on board a flight and there was a delay, I opened my phone and they came a call from someone I never knew. He said his name is Falake and that he is working for Tinubu but he wants me to be a director in the civil society organizations and I told him point-blank that I don’t want to be part of it. Then he started to plead with me to please accept it. I said no, I don’t want to accept it because I have never sat with Tinubu to tell me what he has for the country and particularly the north. He said the names will be out the next day and he wants my name to be out as the director and I said okay, if I speak with Asiwaju and I am not comfortable with what he has for the North then I have the right to opt-out and Falake said it is okay.

“If you noticed when the name came out, they put me as a co-director of the civil society organizations. That night Tinubu called me around 11p.m and said I should meet him in London. I took a flight to meet him in London and we sat. I said, sir, the reason why I am not accepting your appointment is because I don’t know what you have for us up North, what is your blueprint for us. He told me that he doesn’t have anything for us. I said sir you mean you don’t have a blueprint, he said I don’t have a blueprint because if I have a blueprint I will be stepping on too many toes and they might even kill me. This was what he said. I said sir, how can you rule without a blueprint, he said he will only make a blueprint after winning the election. I said there will be a lot of distractions after winning the election, you have to keep your eyes on the ball. He said well if you have anything you want me to put in my manifesto then bring it. I told him to give me time to meet with our elders and the next day we met and prepared a template, however, to date I have not been allowed to see Asiwaju to even give it to him.

“I called Ibrahim Massari and told him about the template I prepared for Tinubu to include in his manifesto and he told me that the manifesto has already been prepared and that Governor Nasir El-Rufai told Tinubu that all the north needed is state police. I was still being patient, then we started the campaign council, we’ve never been invited for any meeting or rally. I tried to be patient, in fact, I wrote my letter of resignation over one month ago, then I went to tell him that look I’m resigning from the APC, and he said why? I said one, after having sat with Asiwaju, he told me that he doesn’t have an agenda or blueprint for any of our problems, he told me this. And then secondly, I have also tried for three months to get our northern elders in the APC to come together and go en-bloc to Asiwaju to put our request, but they refused…”