Some residents of Katsina State, suspected to be political thugs, have attacked the presidential candidate of Labour Party (LP), Peter Obi, who was in the state for his presidential campaign rally.

The Obi’s campaign team confirmed the attack on Tuesday evening, saying it was condemnable how the hoodlums pelted the presidential campaign convoy with stones. 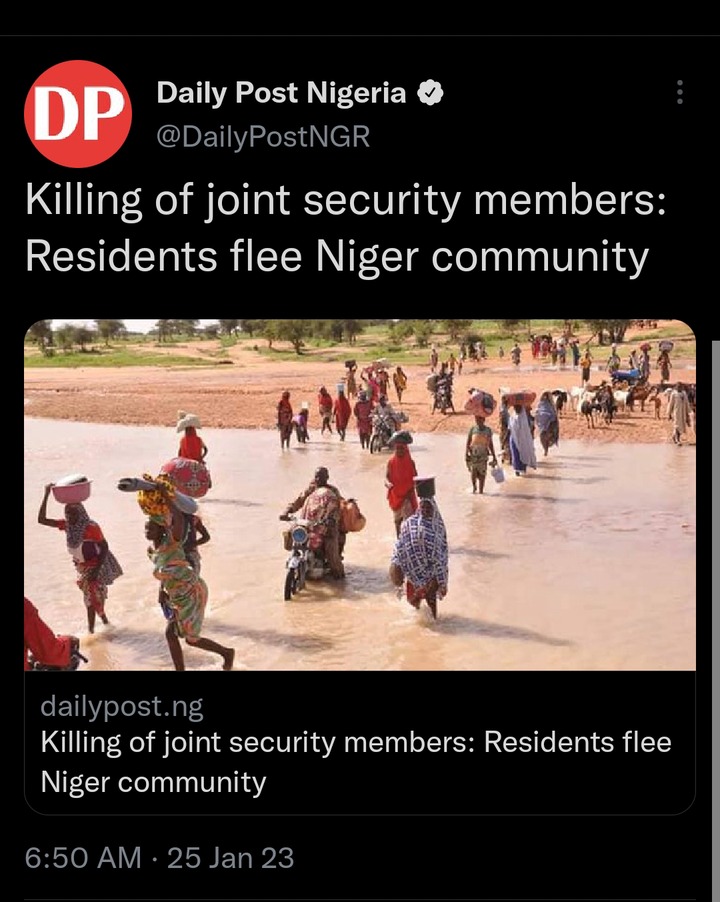 Residents of Galkogo, Shiroro Local Government Area of Niger State have fled their homes following the alleged killing of an unconfirmed number of Joint Security Taskforce and local vigilante members during an airstrike by an unidentified jet fighter.

DAILY POST gathered that the incident occurred Tuesday afternoon when the fighter jet mistook the men of the State security team to be bandits and opened fire on them. 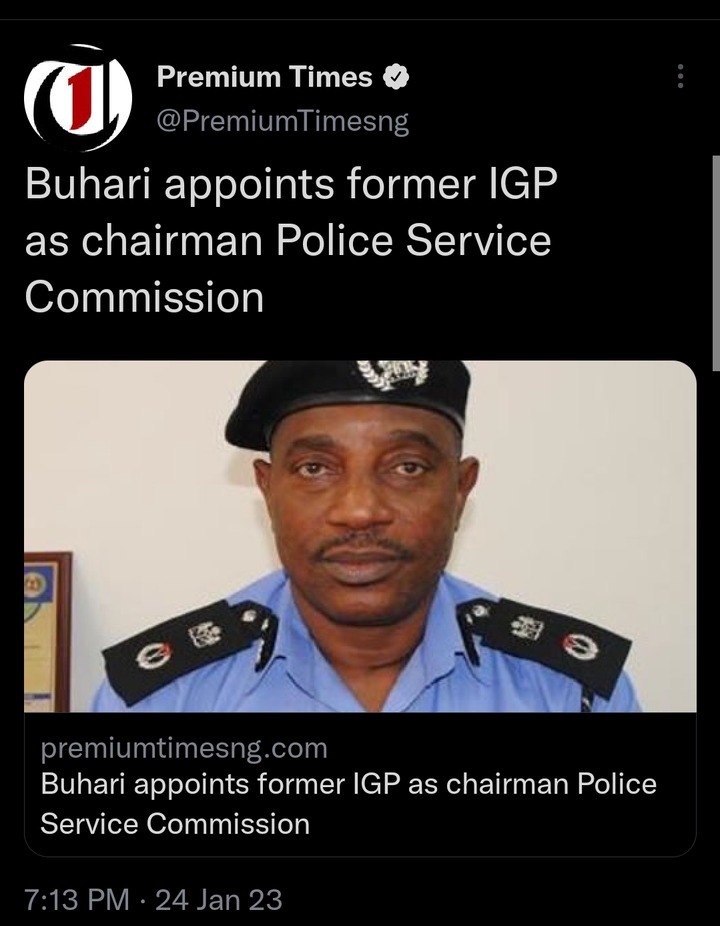 President Muhammadu Buhari has appointed Solomon Arase, a former Inspector-General of Police, as the Chairman of the Police Service Commission (PSC).

The president made this known in a letter to the Senate on Tuesday wherein he sought the lawmakers’ confirmation of the former IGP. 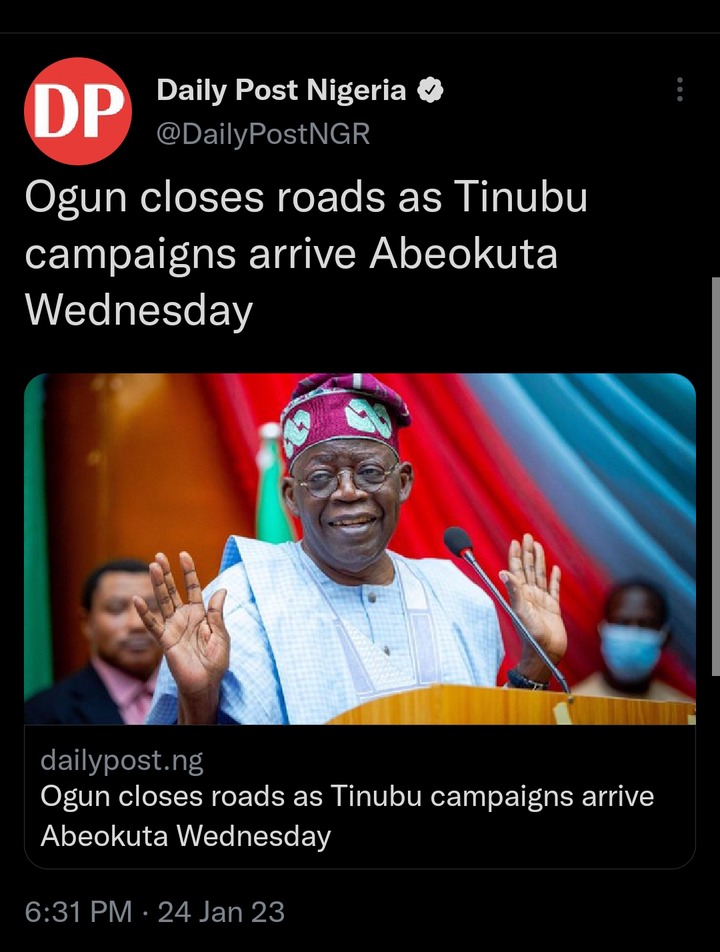 As part of the activities heralding the arrival of Bola Tinubu, the presidential candidate of the All Progressives Congress, APC, on Wednesday, Ogun State announced the closure of some key roads in Abeokuta, the state capital.

Tinubu is expected to campaign at the MKO Abiola International Stadium, Kuto, Abeokuta. The immediate past governor of Adamawa state, Jibrilla Bindow has dumped the ruling All Progressives Congress (APC) ahead of the general elections in Nigeria.

Bindow, who confirmed his defection to SaharaReporters on Tuesday, said he took the ‘painful decision’ because of the need to salvage the nation.

Content created and supplied by: Able-gist (via Opera
News )