Why Peter Obi was Attacked By My Supporters After Rivers Visit -LP Gov. Candidate, Beatrice Itubo 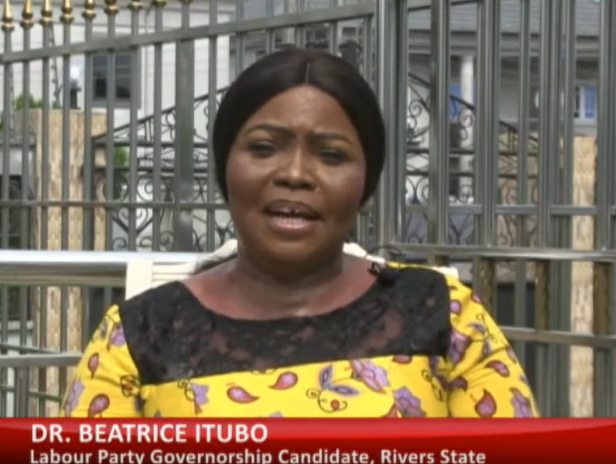 Dr. Beatrice Itubo, the Labour Party’s governorship candidate in Rivers State, has clarified what happened between Governor Wike and Peter Obi, which sparked public outrage against the presidential candidate.During her interview on AIT News, Beatrice was asked about being asked to step down.

In response to the topic, Beatrice said, “You have rightfully described the incident as a “joke”. It is a political joke, but what did you expect him to say? Peter Obi was here to commission a bridge, and Wike promised to support him for the presidency if you supported me at the state level. Peter Obi responded by saying that if you support me, I will consult with my person.However, I responded by stating that both the male and the female deserve support.

She continued, “Nobody bought the party’s ticket for me, and I believe that our principal can never negotiate our positions.” I know him, and it was a political joke. Some of my supporters took to Twitter to attack Obi over the incident, but I corrected them. You may recall that he issued a public apology after the incident. We have since moved on, and I was given the party’s flag when Peter Obi came here to flag off his campaign. So far, nobody has asked me to step down. It is left for me to campaign and sell myself to Rivers State people.

Content created and supplied by: Adegori22 (via Opera
News )