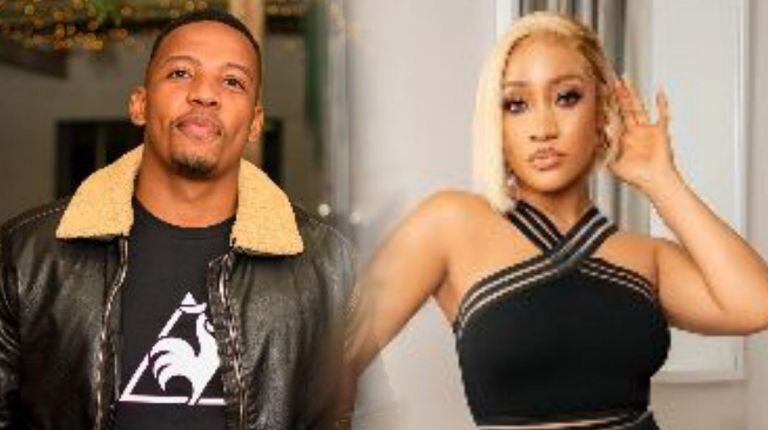 This happened between Yvonne and Juicy Jay on Tuesday night, Day 9 of the BBTitans show, in the dressing room.

After a brief conversation in the dressing room, Juicy Jay emotionally lured Yvonne into giving him a kiss. And Yvonne on the hand, who has seemingly been denying him that, finally succumbs.

In the video below, it’s observed that Juicy Jay and Yvonne had an indept connection before giving in to the urge.

Also in the video, South African Housemates Lukay and Ipeleng were spotted in the Biggie’s garden, under the duvet, as they share same k!ss.

Recall that since the reality TV show started, Juicy Jay has been into Yvonne, even though they didn’t publicly expressed themselves, except for the fact that their actions speak.

Following the pairing exercise which happened on Sunday, Day 7 of the show, Yvonne and Juicy Jay were paired separately to different partners.

Yvonne has her partner as South Africa’s Justin, while Juicy Jay was paired with Nigeria’s Olivia.