A dramatic scene was today witnessed Outside Narok Law court after brothers of a suspect accused of killing a woman attacked their Kin.

In a news report that has been shared by a reliable source of information, it has been revealed that the two men were arguing on whether or not the suspect was guilty and in the process, ended up fighting among themselves.

The dramatic scene witnessed on Camera was stopped by the police who managed to take control of the situation.

A police report has revealed that the suspect was arrested by the police after he was accused of killing a woman who was found dead days after he was last spotted with her alive.

Kenyans who took to their different social media accounts to express their opinions on the matter have called upon the family of the suspect to avoid childlike behavior because, his innocence will be proved in court.

According to the reports given by most Kenyans, they claimed that it is so unfortunate that the suspects decided to fight despite the fact that this might show the court that he is guilty, they can’t agree on anything. 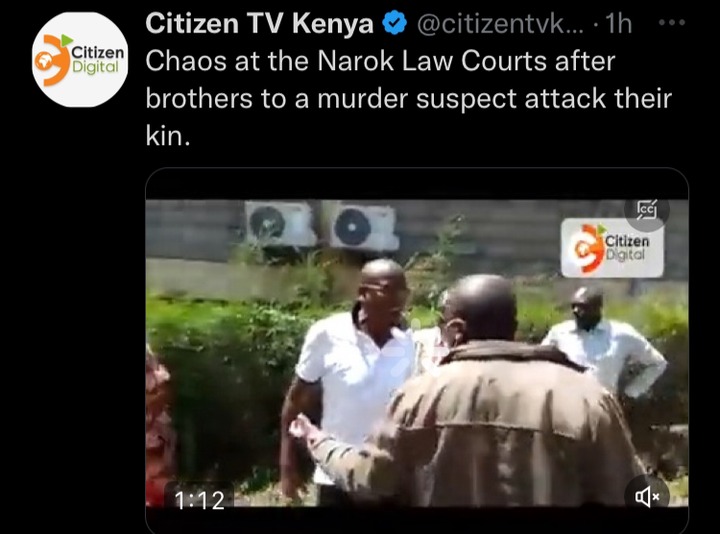 Content created and supplied by: DeepState1 (via Opera
News )