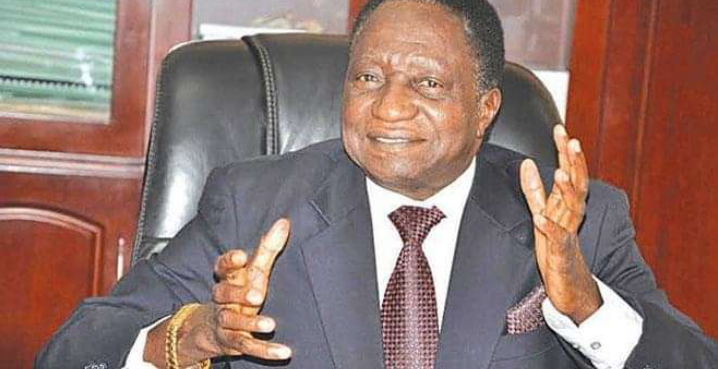 The former Deputy Director of the Joint Admissions and Matriculation Board (JAMB), Jimoh Olabisi, has testified in court that Dibu Ojerinde, the ex-JAMB registrar, used him to divert federal government funds.

Olabisi made this statement on Wednesday when he appeared as a witness for the Independent Corrupt Practices and Other Related Offences Commission (ICPC) at the Federal High Court in Abuja. The ICPC has charged Ojerinde with 18 counts of alleged misappropriation of funds amounting to N5.2 billion.

The commission has accused the former registrar of committing multiple frauds while heading both JAMB and the National Examination Council (NECO).

Olabisi told the court that he was in charge of opening accounts for JAMB and that he had opened an account in the name of JAMB/J.O. Olabisi in a commercial bank on Ojerinde’s instruction. He stated that it was through this account that funds were moved from the government’s coffers.

He also revealed that the account was opened without approval from the then Accountant-General of the Federation, Jonah Otunla. Olabisi explained that Ojerinde had convinced the then Director of Finance and Accounts (DFA) that he had received approval from the AGF, who happened to come from the same zone as Ojerinde.

The witness also revealed that Ojerinde owned a microfinance bank, Osanta Microfinance Bank Ltd, while serving in government. He also admitted being a director at the bank.

He said that he was put there to ease the movement of government money to the bank and that Ojerinde was the chairman of the bank’s board of directors. Olabisi also stated that Ojerinde used his position to award contracts to his private companies through the Zenith Bank account number, 1012411301, of JAMB.

The judge in the case, Obiora Egwuatu, adjourned the matter until Thursday for the continuation of the trial after a motion by the ICPC lawyer, Ebenezer Shogunle. Ojerinde has pleaded not guilty to the allegations and was granted bail in the sum of N200 million. The trial is ongoing, and it remains to be seen if Ojerinde will be found guilty of the charges against him.

In conclusion, the case of N5.2bn fraud involving the former JAMB registrar, Dibu Ojerinde, is a reminder of the importance of transparency and accountability in government institutions.

The ICPC must ensure that those found guilty of financial misdeeds are held accountable for their actions, and the public must be kept informed of the progress of the case. Only through transparency and accountability can the public have confidence in the integrity of government institutions and ensure that public funds are used for the benefit of all citizens.

Content created and supplied by: IAmGraced (via Opera
News )