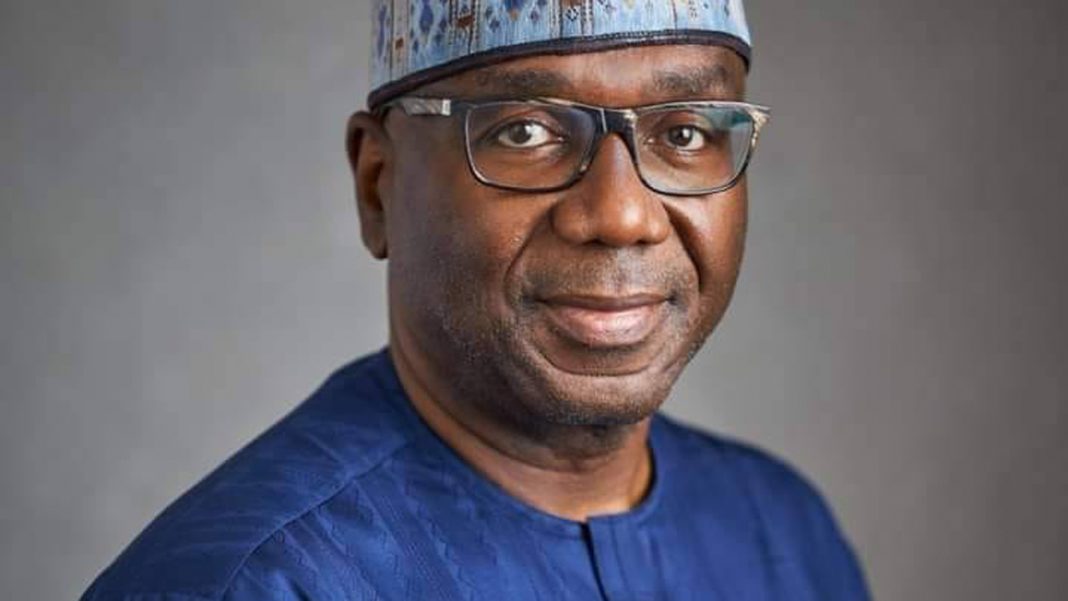 Ambassador of France to Nigeria, Madame Emmanuelle Blatman, has said the French government is open to partnership with the Kwara State government, even as she commended Governor AbdulRahman AbdulRazaq for his understanding of contemporary issues of sustainable development.

During a courtesy visit to Government House, Ilorin, on Tuesday evening, Blatman said the governor’s focus on Information and Communication Technology (ICT), agribusiness, garment production, tourism, renewable energy and entertainment presents him as a visionary, who truly understands the direction he is headed as a chief executive.

She said the French government is open to immediate partnership, beginning next month with a bilateral talk on developing the Lata Grazing Reserve and breaking a new frontier of socio-economic growth.

The envoy said her country was planning to approve investments in various businesses at the reserve and Kwara economy by at least 10 French firms.

Her words: “We want to acknowledge that we have been working on a project dedicated to the Lata Grazing Reserve. A committee will meet in February, in Paris, at the French Treasury to formally award a grant dedicated to the development of the grazing reserve.

“More than 10 French companies have been successfully mobilised into all necessary and complementary areas such as pasture improvement, animal feeding, veterinary and medicinal animal help; bovine genetics and reproduction; as well as milk production and processing with a leading milk producing company around the world.”

According to her, the committee will work on the feasibility study ahead of contract signing, and the implementation will commence in 2024.

She commended the governor and his team for pursuing growth for the state.

Signifying interest in partnering Kwara on some of its key projects like Innovation Hub, Visual Arts Centre, digital literacy and cultural development, including promotion of French language in local schools and exchange programme that may see some Kwarans go to France.

“We are aware of different projects that your government has initiated. If you need any partnership that you would like us to work on, we will be very happy to do so; things like cinematography, filmmaking, fashion, and all those cultural things.

“After the approval in February, it will take about 10 months (the beginning of 2024). This is a grant that was allocated by the French Treasury in response to a need that was expressed by your government,” she added.

Blatmann was accompanied on the visit by the Economic Counsellor in the Embassy, Pascal Furth; the Embassy’s Counsellor on Agriculture, Sonia Darrace; and Mr. Yohann Narurai. The governor and some of his cabinet members received them in Ilorin.

AbdulRazaq said the administration has been taking steps to partner with France in agriculture and livestock to check the lingering conflicts between herdsmen and farmers, and promote food security in the state.

He said: “Our herders are largely on the move. Something has to give to make them more sedentary. There has to be genuine efforts in that direction for the good of all. With rapid evolution, urbanisation, climate change, reduction in water bodies and properties, and grazing land, there will be more challenges for herdsmen and other economic groups. For this reason, we have been seeing conflicts with farmers and others.

“So, developing grazing reserves and giving land titles to herdsmen will also create food security for us. It will be a win-win situation. That is why we seek your support and expertise in putting up a good master plan (good feasibility study) on the grazing reserve, which will be sustainable. Yes, it will take time to put the programme in place, but it is just important to get it right. We see a great future in partnering with France in agriculture because France seems to be the master of the game in that sector with a lot of expertise.”

The governor also mentioned other areas of interest for partnerships, including creative industry, energy transition, production and consumption, adding that attention is fast shifting to solar energy to source light and drive economic growth.