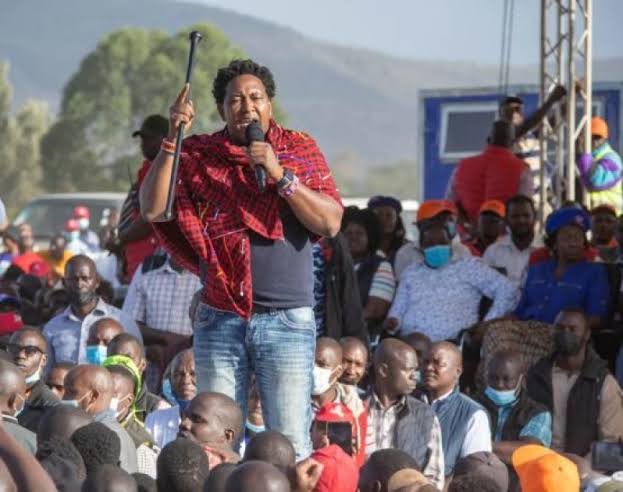 Photo|Courtesy: Senator Ledama Olekina Addressing the Public During a past Rally

Narok County Senator Hon. Ledama Ole Kina has expressed his stance and unhappiness with the Governor’s remarks concerning a United Democratic Alliance (UDA) party rally that is slated to take place within the Rift Valley region. His remarks come barely a week after his Azimio coalition party leader the Rt. Hon. Raila Odinga declared that they don’t recognize the Kenya Kwisha administration under William Ruto as a legitimate authority.

The governor of Narok County, Patrick Ole Ntutu, had earlier confronted the region’s Senator Ledama Ole Kina based on the legislator’s allegiance to the Azimio coalition party. Ole Ntutu had stated that President William Ruto would not be attending a thanksgiving occasion that the county senator, Hon. Ledama Olekina would customarily be invited. 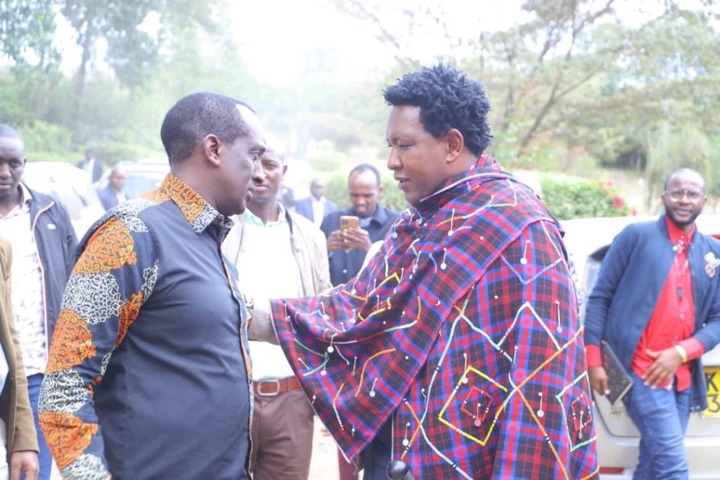 The popular and outspoken Narok County Senator has finally broken his silence in response to Patrick Ole Ntutu’s controversial remarks, which practically imply that Ruto is an unwanted guest during his visit. He has stated that under no circumstances can he attend a rally held by the UDA party under President William Ruto.

“The Governor of Narok, Ole Ntutu, is smoking leaves of Mary Jane instead of the real thing! In his right mind does he think I can attend a UDA rally? I don’t play either swine. Bure kabisa,” Senator Ledama posted on his official Twitter account. 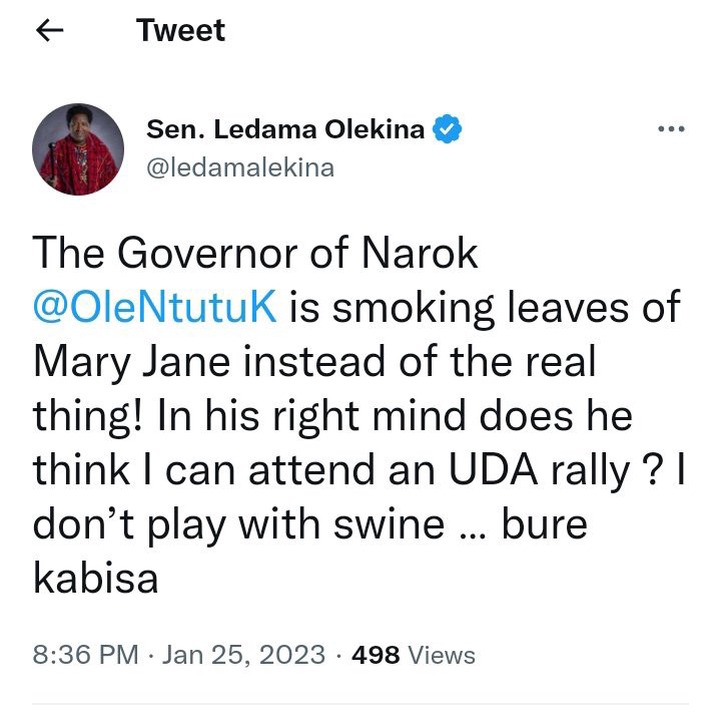 Senator Ole Kina hinted that the governor’s remarks are wishful thinking, adding that the Governor might be high on weeds to have such a thought. The popular legislator made the retaliation remarks on his official social media pages as follows: 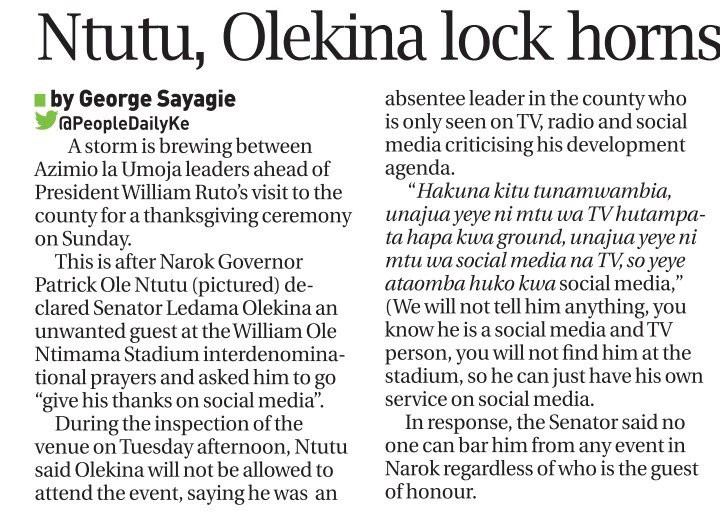 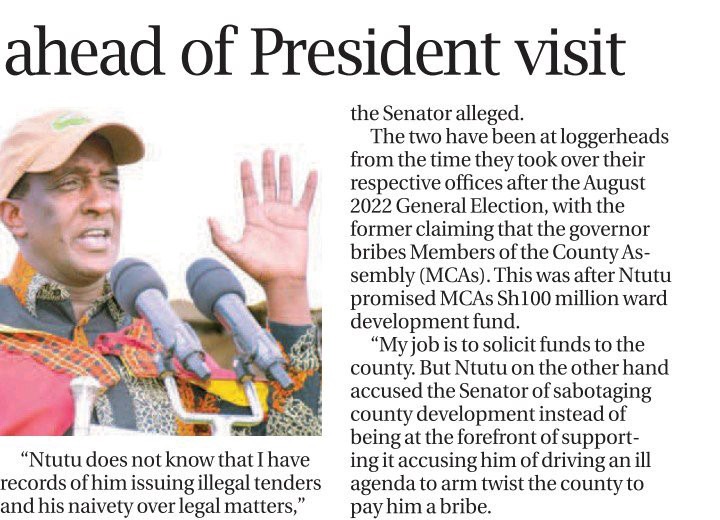 What do you think about the Senator’s remarks? Feel free to share your thoughts and opinions in the comments section below.

Content created and supplied by: Felicis-Marshall (via Opera
News )