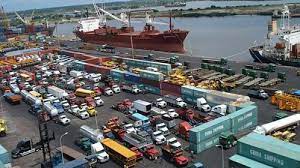 Suleiman Bomoi, the departing Customs Area Controller (CAC), revealed during a press conference that the command also made $249.4 million from the export of 178,572 metric tons of agricultural products during the year under consideration.

The absence of scanners at the PTML command, however, has been lamented by the Comptroller, who was recently named acting assistant Comptroller General of Customs. According to the Comptroller, this will lessen the need for 100% cargo examination at the command.

Despite the downtime from clearing agents’ strike action over the implementation of Vehicles Identification Number, he claimed that the N229.4billion collected in 2022 constituted an increase of 2.2% compared to 2021. (VIN).

We were able to surpass 2021 revenue collection last year, he noted, “despite the reported slowdown created by agents strike and purported incapacity by some importers to clear their vehicles from our control.”

The CAC stated that the command shipped goods cocoa, sesame seeds, palm oil, and other food products when speaking about export cargoes.

The command handled exports of 178,572.13 metric tons of commodities like cocoa, sesame seeds, palm oil, and other food items, with a total Free on Board (FOB) value of $249.4 million in 2022, according to him.

Speaking on anti-smuggling, ACG Bomoi stated that meticulous 100% cargo scrutiny and the use of intelligence led to the interception of illegal commodities, which included arms and ammunition worth N36.3 million.

As part of its anti-smuggling efforts, the Command made several seizures as a consequence of thorough cargo inspections, as we had discovered attempts to smuggle weapons and ammunition into the country hidden inside imported automobiles.

Four seizures were made, a 1X40 foot container with three vehicles that were utilized to conceal two firearms, a used Ford Edge with a firearm and 30 live rounds of ammunition, a used Toyota Sienna with a firearm, and a used Toyota Corolla with 90 live rounds of ammunition. The contraband has a duty paid value of N36.3 million, and a total of 6 suspects have been detained in connection with these seizures and have been given administrative bail, the official said.

Content created and supplied by: kufrenews (via Opera
News )