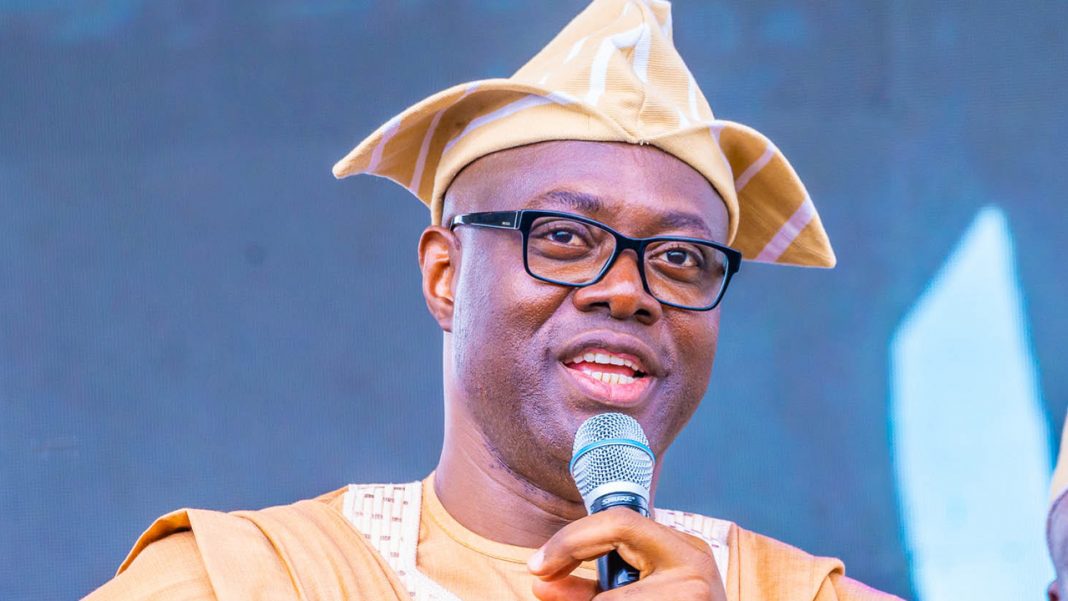 Oyo State governor, ‘Seyi Makinde, on Wednesday, announced that his administration will construct Ogbooro to Agbonle if re-elected for a second term.

The governor, who stated this while campaigning at Ogboro and Agbonle areas of Saki East Local Government, where also declared that his administration will develop the mineral resources in the state.

The governor, who met with the leadership of the Christian Association of Nigeria (CAN) at the First Baptist Church, Ago Amodu, the League of Imams, at the Central Mosque, behind the Maternity Centre, Ago Amodu, urged the religious leaders to support the Peoples Democratic Party (PDP) and its candidates in National Assembly, state Assembly and governorship elections.

A statement by the Chief Press Secretary to the governor, Mr Taiwo Adisa, on behalf of the Media Committee of Governor Makinde’s reelection campaign council, quoted the governor as saying that he was seeking re-election so as to consolidate the gains of the past 44 months.

While speaking at the Central Market Round About Ogbooro, Oke Agoro, Sepeteri and Oje Owode, where campaigned on Wednesday, Governor Makinde said that his administration has been able to deliver on its 2019 campaign promises, including free and qualitative education, expansion of the state’s economy through quality roads, security of lives and property through the creation of Amotekun and support for the federal security agencies, among others.

The governor, who stated that everything his administration has been able to achieve under Omituntun 1.0 will be consolidated under Omituntun 2.0, warned residents not to allow opposition political parties whom he said had nothing to campaign with to deceive them ahead of the coming elections.

Speaking with traditional rulers in the council, during a meeting held at the LG Hall, Ago Amodu; Saki East Local Government Secretariat, the governor declared that he will work with the State House of Assembly to jerk up the allowances of traditional rulers to 10 percent of accruals to the councils.
Speaking during his meeting with the Muslim community of Ago Amodu, the governor said he will continue to be fair to all religious organizations in the state.

He said: “First, I will like to appreciate the Kabiyesi for his support for this government, and for holding your base to avoid communal clashes. So, this has helped our government to achieve what you are seeing out there today.

“Under Omituntun 1.0, I made some promises which have been fulfilled in the areas of education, health, security and economic expansion. The template to achieve economic prosperity is by linking our zones together, and that was why we started linking the zones in the state together.

“The only missing link is Ibarapa to Ibadan through Eruwa. The Maya-Lanlate-Eruwa road has been awarded and work is ongoing as we speak, and I will still flag it off in the next one or two weeks.

“This area is also home to solid minerals. Under Omituntun 2.0, expansion of our economy will also take into cognisance the abundant solid mineral deposits in Oyo State.”

In their remarks, representatives of the religious, community and traditional council, appreciated Governor Makinde for his achievements in the last three and half years, promising to work for the success of his second term bid.
Thereafter, the Oloje of Oje Owode land, Oba Abdul Rasheed Olagbemiro conferred honorary chieftaincy titles of Aare Amulutoro and Yeye Aare Amulutoro of Oje Owode land on the governor and his wife.